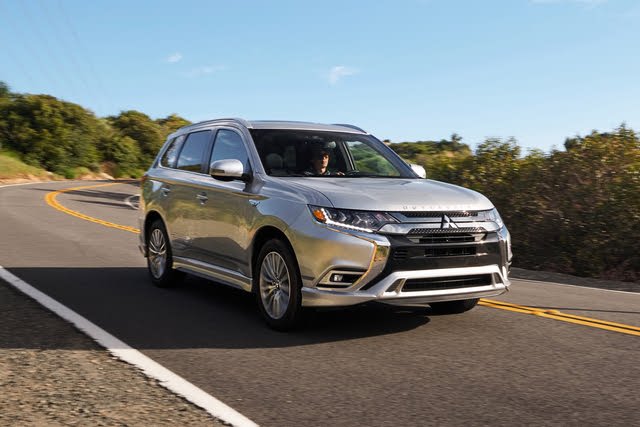 Looking for a New Mitsubishi Outlander Hybrid Plug-in in your area?

Mitsubishi is on a tear, updating many of its vehicles for the new model year. Some have even skipped the entire 2021 model year, and instead have been deemed 2022 models. The Outlander PHEV didn’t skip a model year, but it did gain significant improvements under its skin that will boost its efficiency and ability to travel on electric power alone.

The 2021 Outlander PHEV is offered in three trims: SEL, a new LE trim, and GT. Mitsubishi says it has upgraded the PHEV’s powertrain with a more powerful and efficient 2.4-liter four-cylinder engine. When combined with the also-upgraded 70-kilowatt electric motor, the total system output is 221 horsepower, which represents a 31-pony bump from the previous model. The new system will also result in longer all-electric range and a higher all-electric top speed for the Outlander PHEV, which are now up to 24 miles and 83 mph, respectively. The vehicle gains two extra driving modes for better performance and traction in snow and sporty driving scenarios. All-wheel drive is standard for the PHEV as well.

From the outside, the vehicle retains its styling from previous years, which sets it apart from the non-hybrid 2022 Outlander that will show up in April 2021. The lines are smooth and friendly, standing in contrast to the new Outlander’s more muscular build.

The 2021 Mitsubishi Outlander PHEV is on sale now. The automaker says that its pricing structure for the PHEV hasn’t changed, and notes that its starting price is the same as it was for the prior model. That means a starting price of $37,490, though using the Mitsubishi build tool yields a price of $37,640, which includes a non-removable $150 interior floor mat package.

What's your take on the 2021 Mitsubishi Outlander Hybrid Plug-in ?

Have you driven a 2021 Mitsubishi Outlander Hybrid Plug-in ?
Rank This Car

Enter your zip to see incentives for a new Outlander Hybrid Plug-in in your area.