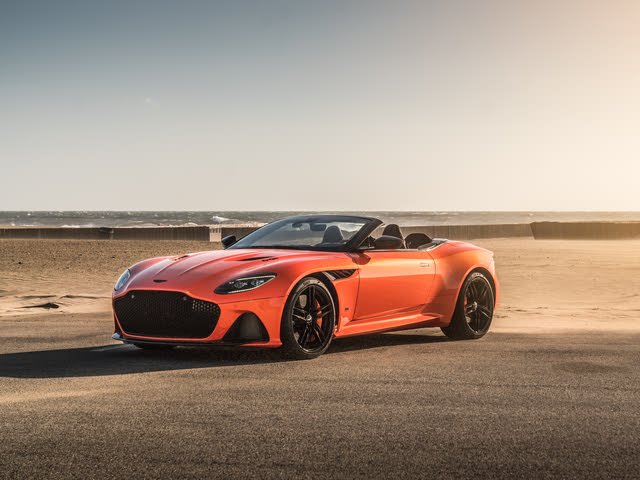 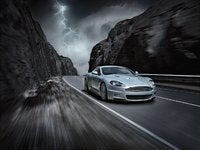 For 2019, Aston Martin introduces a DBS based on the DB11. Its full name is the DBS Superleggera, which is Italian for Superlight and a nod to the old Touring-bodied Astons of the 1960s. At over two tons, though, it’s hardly light, despite carbon-fiber body panels. But its performance is super with a massive twin-turbo V12 and the latest in Aston’s chassis and suspension engineering. Offered as a coupe or a Volante (Aston-speak for a convertible), the DBS Superleggera has super-good looks.

The DBS gets the 5.2-liter twin-turbo V12 engine from the DB11 AMR with an extra 85 horsepower and 147 pound-feet of torque, for a total of 715 hp and 663 lb-ft. The gearbox is a ZF 8-speed automatic. In addition to the extra power in the DBS, it also comes with larger carbon-ceramic brakes. According to Aston Martin, the DBS sprints to 60 mph in 3.4 seconds and reaches a top speed of 211 mph.

Like almost every car from Aston Martin over the years, the DBS is a beauty, but there is also some aerodynamic wizardry at work that results in downforce (and therefore grip) without the need for any garish wings or scoops. DBS drivers can choose between several driving modes – Comfort, GT, Sport, and Sport+. The car’s computer limits torque in first, second, and third gear for both Comfort and Sport modes. The DBS is a large car and reportedly feels like it on a tight road, but it's nevertheless stiff enough to harness all the power coming from the engine and become a track-capable car.

That said, it’s not a track car on the inside, given the hand-stitched leather heated seats and available satin-finished chrome, open-pore ash, and carbon-fiber trimmings. Technically, the DBS Superleggera is a GT car, but the 10 cubic feet in the trunk (7 cubic feet in the Volante) may not be enough for a road trip’s worth of stuff.

The DBS Superleggera sits in the stratosphere in terms of performance, styling, and price. There aren’t a lot of cars up here, and Aston’s primary competition in this arena is the Ferrari 812 Superfast.

Have you driven a 2019 Aston Martin DBS?
Rank This Car