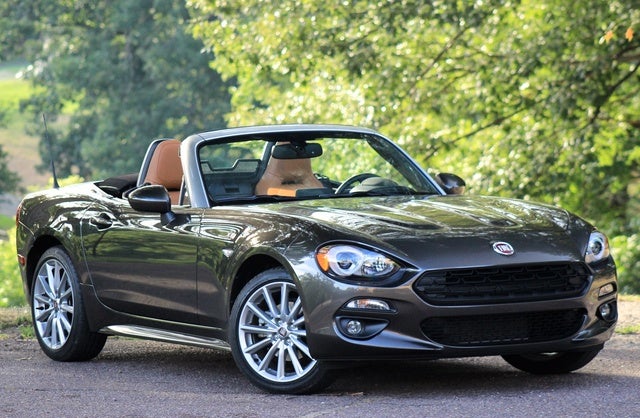 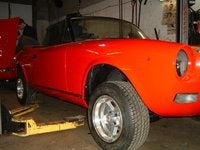 Average user score
5 ⁄ 5 stars
Based on 6 reviews
Review by Neil — The Fiat 124 Spider Abarth is one of the best values around for a sports car if you dont want to be just another guy in a convertible Mustang. More than comfortable enough for daily driving but more f... Read more
Review by William — This Abarth 124 Spider has ALL the performance features and options. Best small roadster out there in this price range. Read more 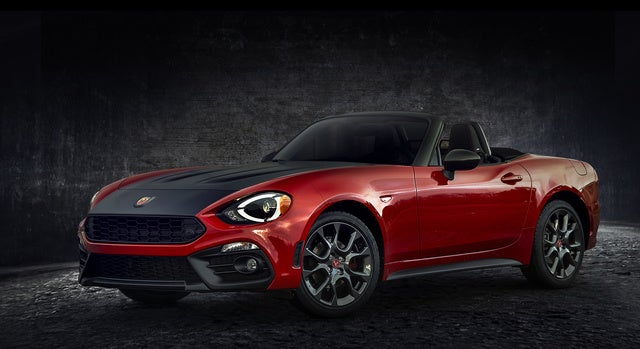 Fiat reintroduced the 124 Spider in 2017, 50 years after the original hit the roads. The new 124 Spider’s proud Italian heritage is evident in its distinctive styling and exhaust note, though it’s actually built at Mazda’s plant in Hiroshima, Japan. Because the model only just debuted, it goes into the 2018 model year largely unchanged.

The major addition for 2018 is a new “Red Top Edition” for the Lusso model that features – you guessed it – a red convertible top in addition to a few extra convenience features. The 2018 Fiat 124 Spider is available in Classica, Lusso and Abarth trims, with the base Classica model starting at just $25,000. Drivers can now also choose from three new exterior colors: Puro Bianco Perla, Grigio Chiaro, and Blu Scuro.

Under the hood, the Fiat spices things up with one of the company’s 1.4-liter turbo 4-cylinder that produces 160 horsepower and 184 pound-feet of torque.

In the Abarth version, the engine gets a slight bump to 164 hp thanks to an improved exhaust, which, by the way, sounds fantastic. Drivers can choose to shift gears on the Spider with a proper 6-speed manual, getting 26 mpg city, 35 highway, 30 combined, or let the car do the work with a 6-speed automatic with paddle shifters, getting 25, 36, 29 while sipping 91-octane gas.

Tipping the scales at just 2,400 pounds, the fiat is a featherweight compared to most other cars on the 2018 market, and while it may be 100 pounds heavier than its Mazda counterpart, it also boasts more horsepower. Any version of the Fiat is going to be an endlessly fun little car on either back roads or highway, but more serious enthusiasts will be tempted by the Abarth model, which boasts a limited-slip differential, Bilstein shocks, stiffer suspension, a strut tower brace, and better Brembo brakes, plus the performance exhaust that gets you a few extra horses. It adds over $6,000 to the base price of a 124 Spider, but considering the goodies added both in the cockpit and under the bodywork, the pluses are worth the price.

Being a small two-seater, the 124 Spider’s luxuries are more streamlined than expansive. The Fiat offers a leather-wrapped steering wheel with silver interior accents. Because any soft top is going to be louder on the road than the average car, it also features extra sound deadening to make for a quieter ride. And although the Fiat’s extra length translates to extra trunk space, 4.94 cubic feet compared to 4.59 isn’t really worth celebrating.

Users ranked 2018 FIAT 124 Spider against other cars which they drove/owned. Each ranking was based on 9 categories. Here is the summary of top rankings.

What Is The Best Fuel Octane For The Spider 124.

What is the best fuel octane for The fiat 124.

Automatic Transmission On Fiat Spider Seems To Be A Problem. How Serious I...