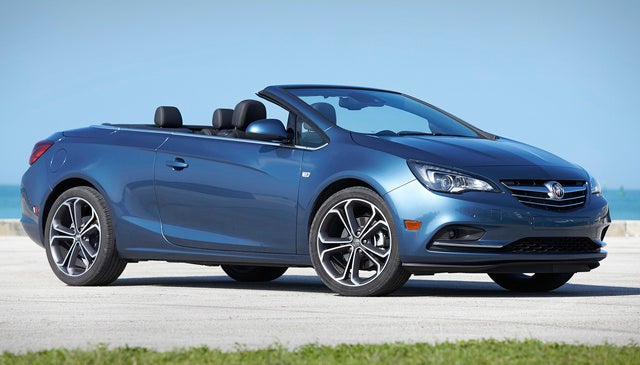 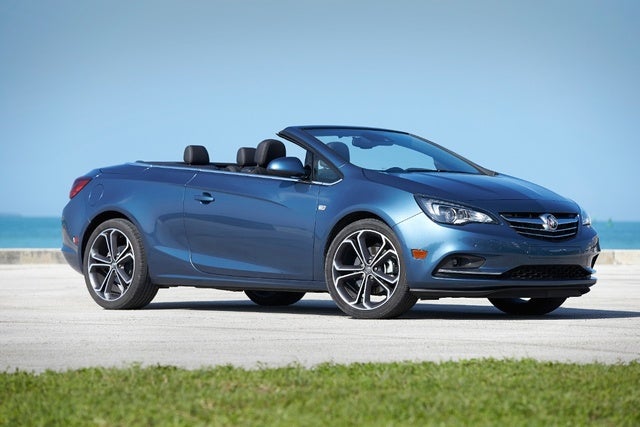 The Buick Cascada is something of a unicorn, mostly because there isn’t really anything else like it on the market. Most convertibles in this price range are decidedly more sporty, driver-focused cars. The few new convertibles geared more toward cruising and comfort, meanwhile, cost way more than the Cascada. Essentially a rebadged Opel from the European market, it’s a bit like the old Chrysler Sebring in that it’s a rather routine car made a lot more interesting by virtue of the fact that the top goes down. While the Opel version has been around for a few years now on the other side of the Atlantic, the Cascada only just went on sale in 2016, so for 2018 the changes are limited to the addition of a few new colors.

While it is a drop top, the Cascada looks more airy than sporty, and the engine reflect this. It has a 1.6-liter turbo 4-cylinder that actually does make an impressive 200 horsepower and 221 pound-feet of torque. The only transmission available for this front-wheel drive (FWD) is a 6-speed automatic. Performance is therefore geared more toward open air cruising than sport driving. Suspension is also not particularly sporty, and the Cascada reportedly leans quite a bit in the corners. A Sport Touring model includes different wheels for better grip, but doesn’t add any true performance credentials to the mix. Its fuel economy is moderate: the EPA has rated it at 21 mpg city, 29 highway, 24 combined.

With even the top-spec 2018 Cascada starting at well under $40,000, this car doesn’t make pretenses at being luxurious, but it is fairly well appointed. Standard features include perforated leather upholstery, 10-way power heated front seats, a heated steering wheel and rear parking sensors. The second-tier Premier model adds a navigation system, automatic headlights and a few active safety features, while the top-spec Sport Touring trim that was added for 2017 includes a flat-bottom steering wheel. The Cascada also includes OnStar with a 4G LTE WiFi antenna and hotspot capability.

The Cascada’s infotainment system is centered on a 7.0-inch infotainment screen in the dash. It’s lifted pretty much directly from the Opel version, so it’s a few years older than one would ordinarily think on such a new model and has been criticized for being somewhat outdated. As for space, the two rear seats are tight but still roomier than some of the seats in other 2+2s that amount to little more than a parcel shelf. The cloth soft top folds away in less than 20 seconds at up to 30 mph and stows in the trunk, where it the cargo space from 13.4 cubic feet down to 10. Despite being a convertible, the Cascada has proven to be remarkably safe during testing: in federal crash testing from the National Highway Traffic Safety Administration (NHTSA), the Cascada has gotten five out of five stars overall. It is not available with automatic emergency braking, but lane departure warning and forward collision warning are optional extras.

The Cascada is a singular choice of automobile that appeals to a limited audience. On the styling front, it looks a bit like a stubby commuter hatchback with the roof cut off, and while it doesn’t claim to compete with more expensive offerings from the Germans, it’s well appointed on the inside. On the performance front it is isn’t anything more than adequate, though it doesn’t try to be sporty, either. And even though there aren’t a ton of convertibles on the market today, the Fiat 124 Spider and Mazda Miata are both well-equipped and reasonably comfortable two-seat cars that are not only more fun to drive, but are also significantly cheaper. For those who need four seats, the Fiat 500 and Mini Cooper are both fun little cars that can both be had as a drop top as well. So while the Cascada doesn’t really have any direct competition, it doesn’t take a lot of imagination to see some compelling alternatives.

Have you driven a 2018 Buick Cascada?
Rank This Car