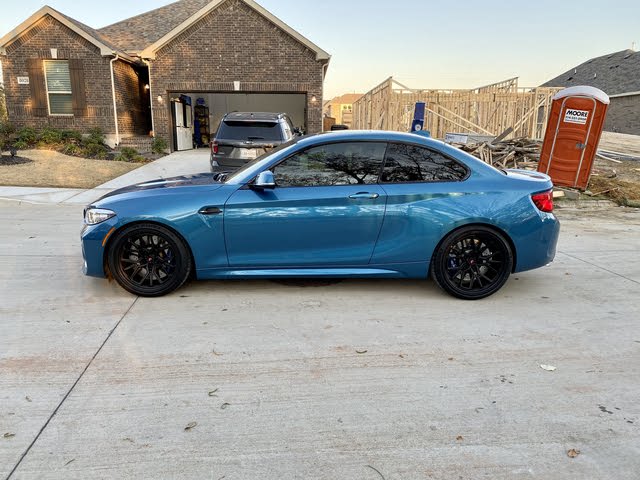 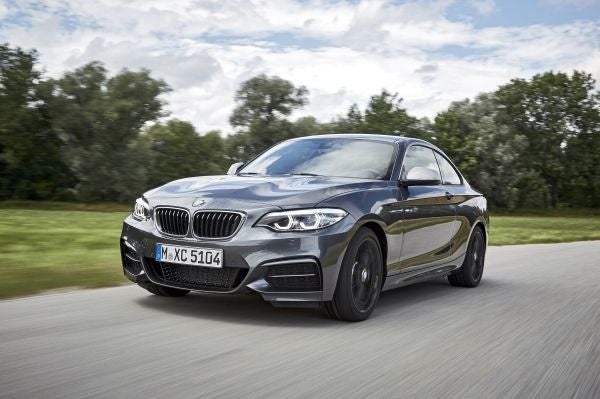 While the M2 may be the entry-level M car, it is a genuine M-built performance car and not one of the gussied up “M Sport Package” versions of other BMW models. The M2 is more driver-oriented than other M cars with its emphasis on handling and available manual gearbox. Its flared-out fenders and small size relative to the other current sporty BMWs have led many to see it as the spiritual successor to the original E30 M3 of the 1980s. The M2 first came out for 2016, and it goes into 2018 largely unchanged, aside from adding adaptive LED headlights and a rearview camera as standard equipment. With one engine choice, one body style, and only a few options, M2 shopping is a fairly straightforward experience; the sporty coupe starts at $53,500.

BMW purists are happy with the M2 for several reasons, and the engine is one of them. It’s a turbocharged 3-liter, 6-cylinder creating a healthy 365 hp and 343 lb-ft of torque. The M2 is available with a familiar 6-speed manual gearbox, which is another enthusiast-friendly gesture from BMW, who has phased out manuals in several of their other models. The manual transmission has a rev-matching feature that may annoy drivers who prefer not to have the car do any of the work for them. It can be turned off, but the stability control system must be disengaged as well. A 6-speed dual-clutch automatic is also available. Manual-equipped M2s will get from 0-60 mph in 4.4 seconds, while automatic-equipped cars will do it in 4.1 seconds. Top speed is electronically limited to 155 mph, as it is in most German cars, but an available M Driver’s package gets rid of the limiter and lets the M2 keep chugging along to 168 mph. The M Driver’s package includes a day of training at a BMW track school. As for fuel economy, the M2 will do 20 mpg city, 27 highway, and 23 combined with the automatic or 18, 26,, and 21 when equipped with the manual. Those figures aren’t bad for a performance car, but they’re nothing to write home about.

In addition to being wider with bigger wheels than a regular old 2-Series, the M2 also features the same lightweight axles found on an M3 and M4 as well as an active M differential and a stiffening plate on the underbody. The M2 also gets special brakes with perforated rotors that measure 15-inches up front and 14.5-inches in the rear. The M2’s smaller size relative to larger M cars makes it a little more tossable... and possibly the most fun to drive of the range.

Like the 2-Series, the M2 has limited interior space--especially for rear seat passengers--but includes the kind of fit and finish expected from a BMW. One surprise is actually found in the trunk. It measures in at 13.8-cubic feet of storage space, better than most little coupes out there.

Both adaptive cruise control and a reversing camera are standard on the M2. Optional extras in the safety department include forward collision, lane departure warnings, and rear parking sensors(all included in the aforementioned Executive package).

While it may have comfortable seats and a fancy interior, the M2 is the model in the M range aimed at enthusiasts. It’s the right size, has more than enough power, and lets drivers change their own gears. At over $50,000 it’s not cheap, but with the performance and refinement offered, it’s a good value.

How Many Were Sold ?

I have an Performance edition which added $17,500 to the price. Trying to decide if i should keep it at lease end. BMW considers the number of these sold as a state secret.

Is A Sale Possible At This Time

I have a buyer who’s interested but he attempted to finance and recived this message See attached Photo If I can’t sell my car privately why I’m I here why can he only buy from the dealer? Any in...

47 views with 5 answers (last answer about a year ago)