With standard all-wheel drive and affordable tech, the all-new 2017 Subaru Impreza is still a smart choice. 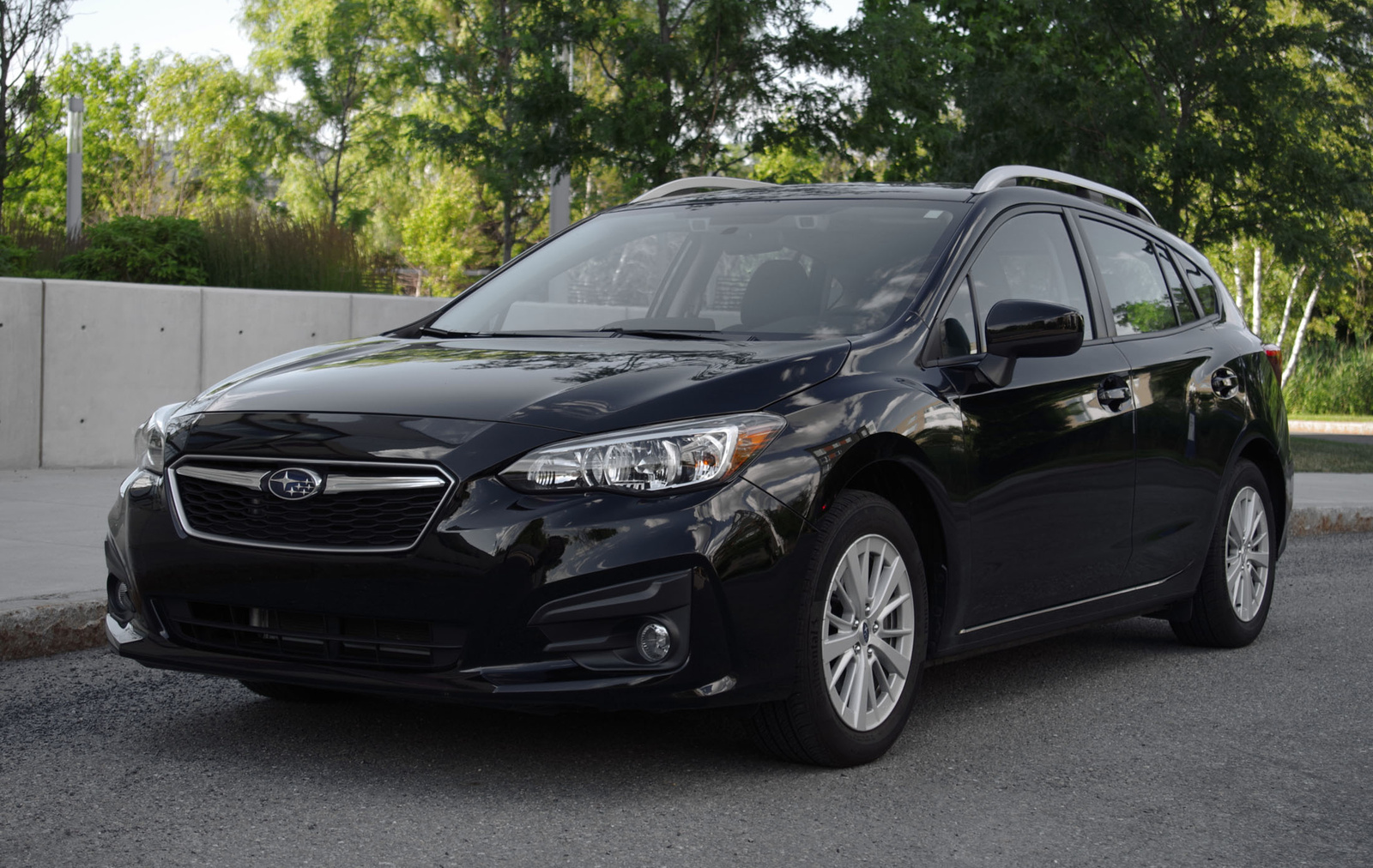 If you’re looking for a sensible, all-wheel drive car, there are plenty of crossovers out there. But if a sedan or hatchback is more to your liking, the all-new 2017 Subaru Impreza is one of your only choices.

It’s also a great car. But chances are that you already know that. After all, Subaru has one of the highest owner loyalty rates of any vehicle brand. If you’re buying an Impreza, it probably isn’t your first Subaru—and it likely won’t be your last.

While the Impreza isn’t as refined as it could be, it is affordable, safe, and practical. And that’s why we think it will please both longtime Subaru fans and new owners alike. 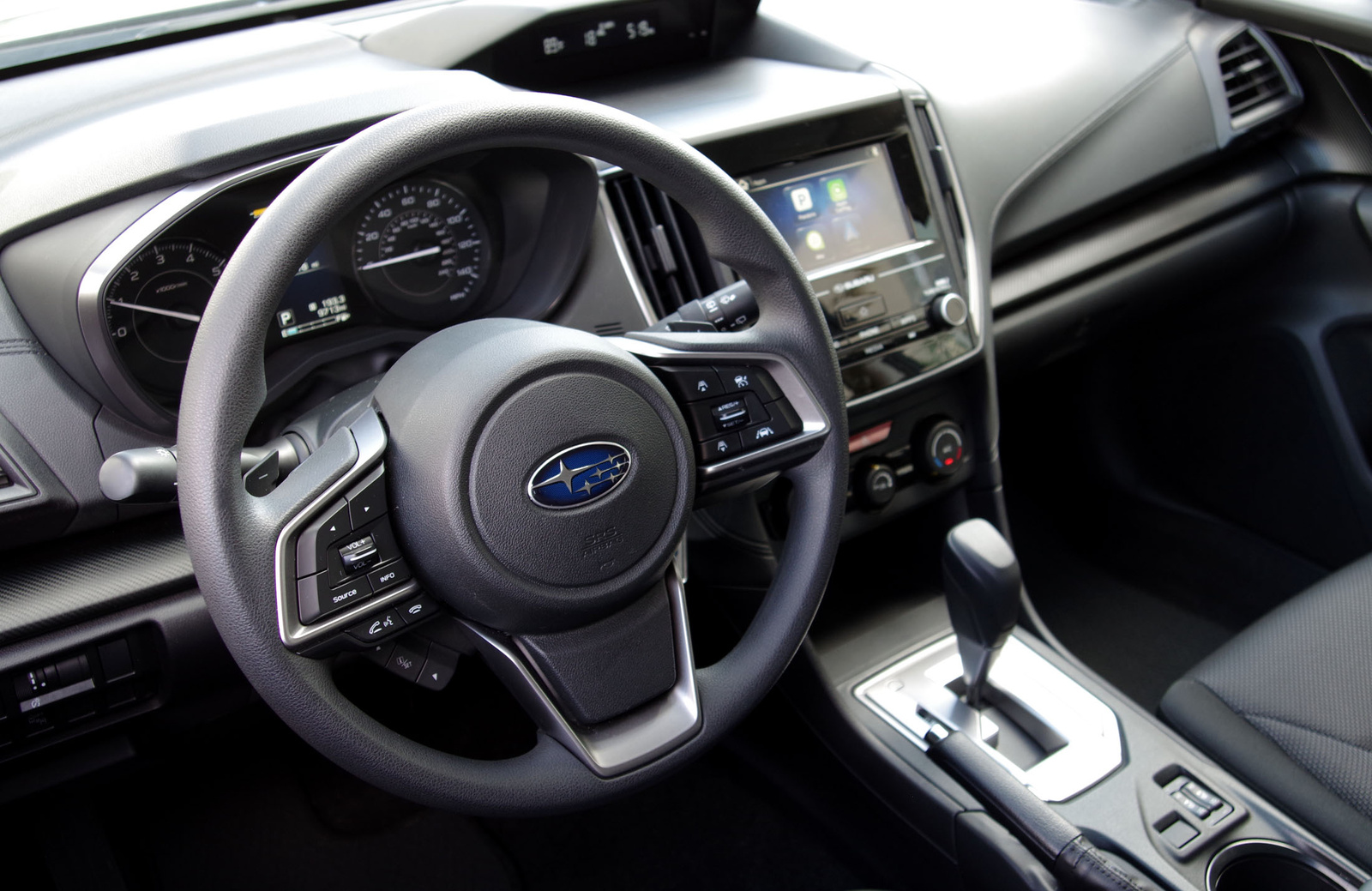 Regardless of whether you choose a sedan or hatchback, the Impreza’s redesigned exterior is still recognizable as a Subaru. But—thanks to a more aggressive grille, wider tail lamps, and a profile embellished with flares and creases—it appears more refined than its predecessor.

Looks aside, the Impreza also rides on a completely new platform, one that Subaru says improves the rigidity of the car’s body by 70 percent.

Inside, the Impreza can be as Spartan or decked out as you demand. In 2.0i trim, it starts at $18,395 and comes with a 5-speed stick shift, cloth seats, a 4-speaker sound system, and manual climate control—features that haven’t evolved much from when the Impreza first debuted in 1992.

Step up to the Premium and you’ll get an automatic transmission, plus the option to add more options. Sport adds a few minor performance-oriented touches, and the top-of-the-line Limited can be ordered with leather, a moonroof, and upgraded infotainment.

No matter how you outfit your Impreza, though, it will never cost you more than $30,000. Unfortunately, that frugality is immediately apparent. Yes, the interior is improved—but its hard-to-the-touch surfaces, easy-to-scratch interior trim, and lack of soundproofing can’t compare to the more refined interior of, say, the Hyundai Elantra. 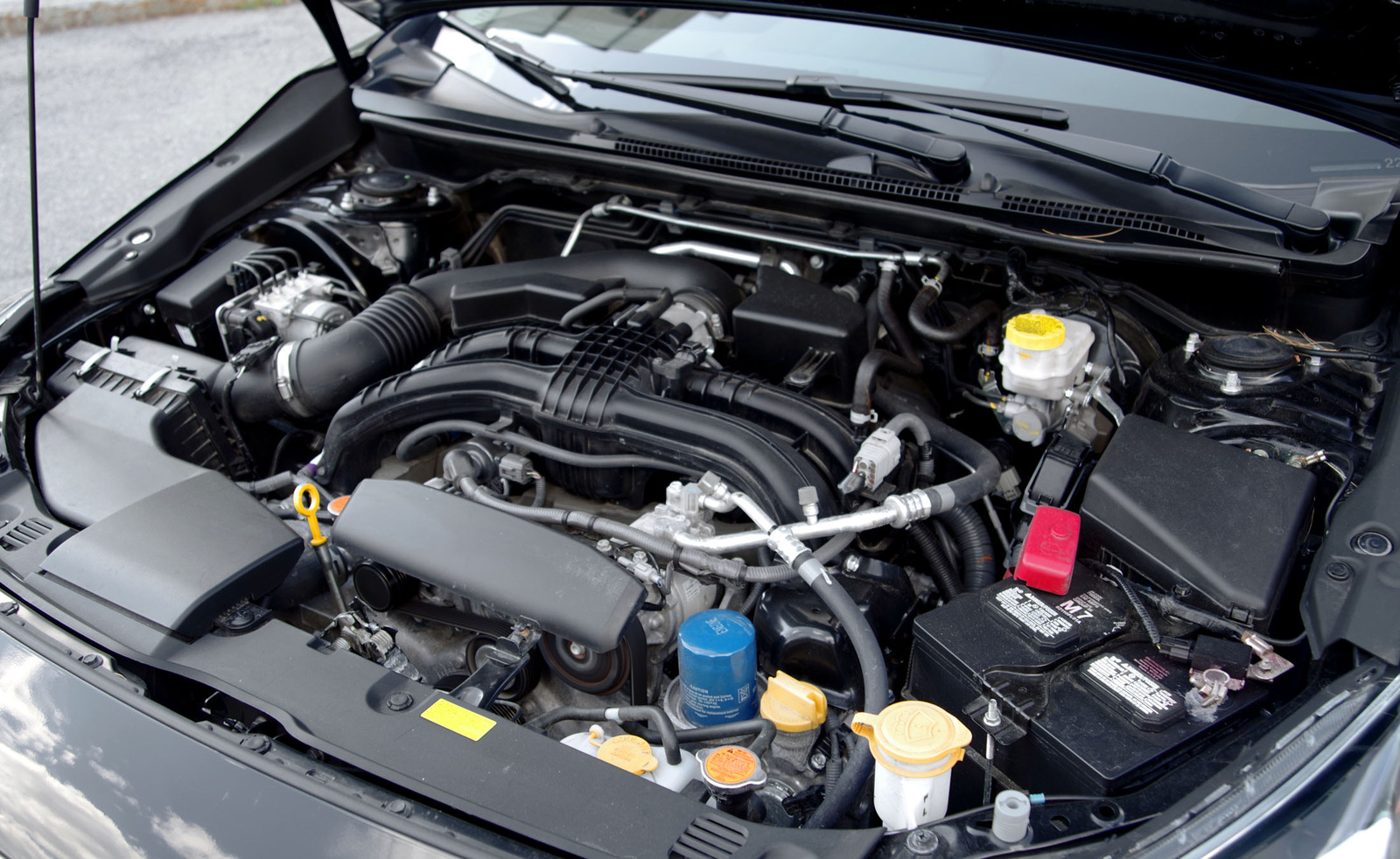 Despite sharing DNA with the legendary WRX and STI performance cars, the Impreza is clearly designed for a daily commute—not the Mount Washington Hill Climb. Handling is relaxed, and steering feel is predictable. For a small car that’s more fun to drive, try the Mazda3, Volkswagen Golf, or Ford Focus. There’s also the Impreza Sport. It adds torque vectoring, which sends power to specific wheels to improve cornering, and it also offers an optional stick shift.

No matter what trim you choose, the only engine choice is Subaru’s 2-liter, 152-hp, 4-cylinder “boxer” engine. It gets that name because its two banks of pistons oppose each other like the fists of fighters in a ring. The design is compact and promises low vibration, but from inside the car it sounds more like a barroom brawl than a prize fight.

A lot of modern 4-cylinder engines boost acceleration with the addition of a turbocharger. Unfortunately, the Impreza doesn’t offer a turbo engine, and its underpowered mill strains to bring the Impreza up to speed on highway on-ramps and uphill.

That powerplant is mated to a continuously variable transmission (CVT), which helps the Impreza get fuel economy as good as 38 mpg highway, 28 city. CVTs eschew individual gears for a set of belts and pulleys, and as such acceleration is accompanied by a soundtrack that automotive traditionalists would charitably describe as “unique.”

One bit of good news: Past Subaru CVTs took a long time to shift between Reverse and Drive, making parallel parking a chore. That problem seems to have been resolved for 2017. 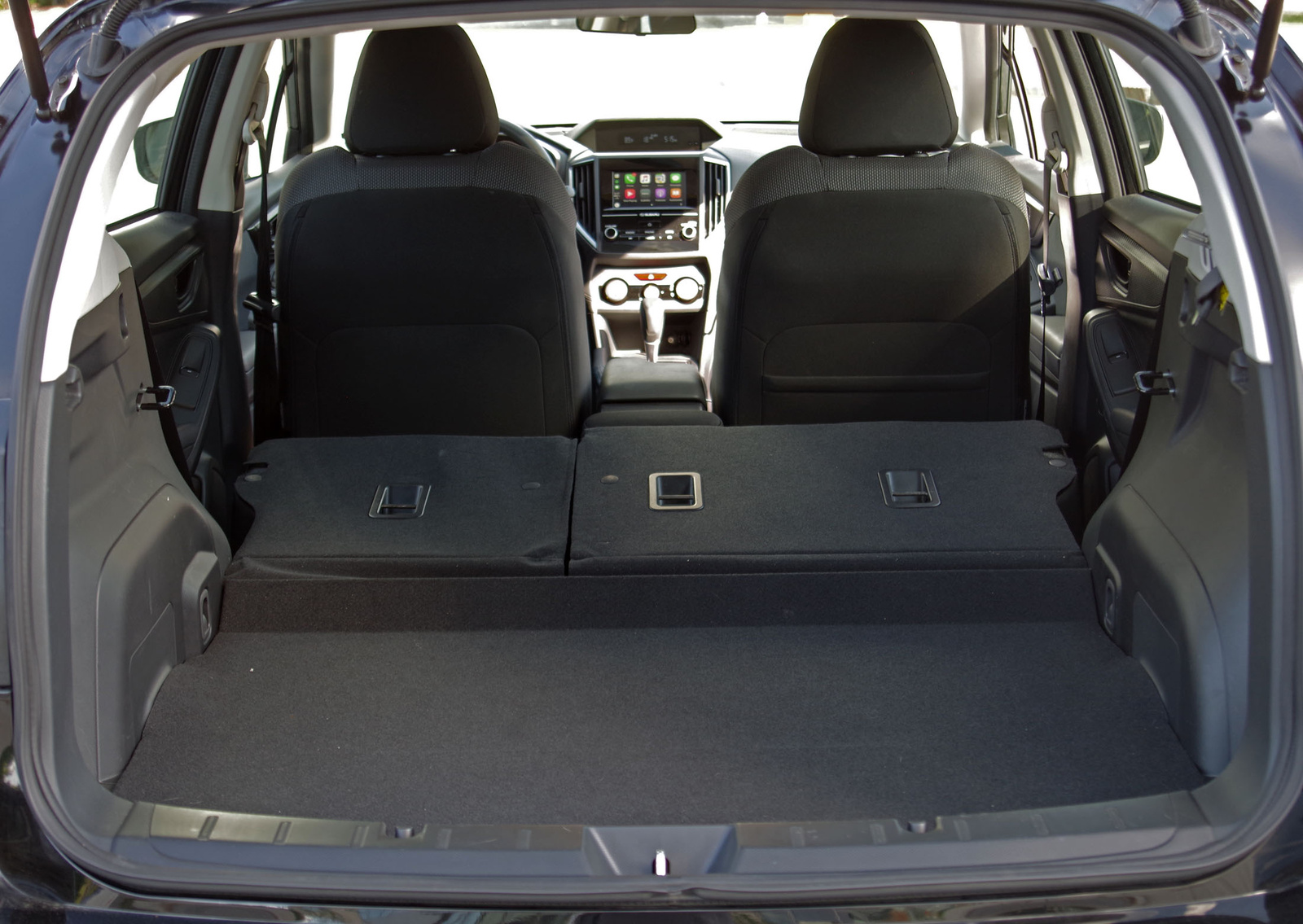 The Impreza hatchback features up to 55.3 cubic feet of cargo space. That’s more than the Ford Focus, Chevy Cruze, Mazda3, or VW Golf. Traditionalists who are turned off by touchscreens and confusing shifters will like the interior, which places clearly marked switches and dials exactly where you’d expect them to be.

And then there’s all-wheel drive (AWD). Aside from the aging Mitsubishi Lancer, none of the Impreza’s competitors have it. Not the Corolla, not the Civic, not the Elantra, and not the Cruze. You’d have to spend at least $34,000 on an Audi A3 to get a better compact car with AWD.

If you like the simplicity of the Impreza but want to sit higher, I recommend you take a look at the all-new 2018 Subaru Crosstrek. It’s basically the same car as the Impreza hatchback, but it adds about 3 inches of ground clearance for a taller ride height. 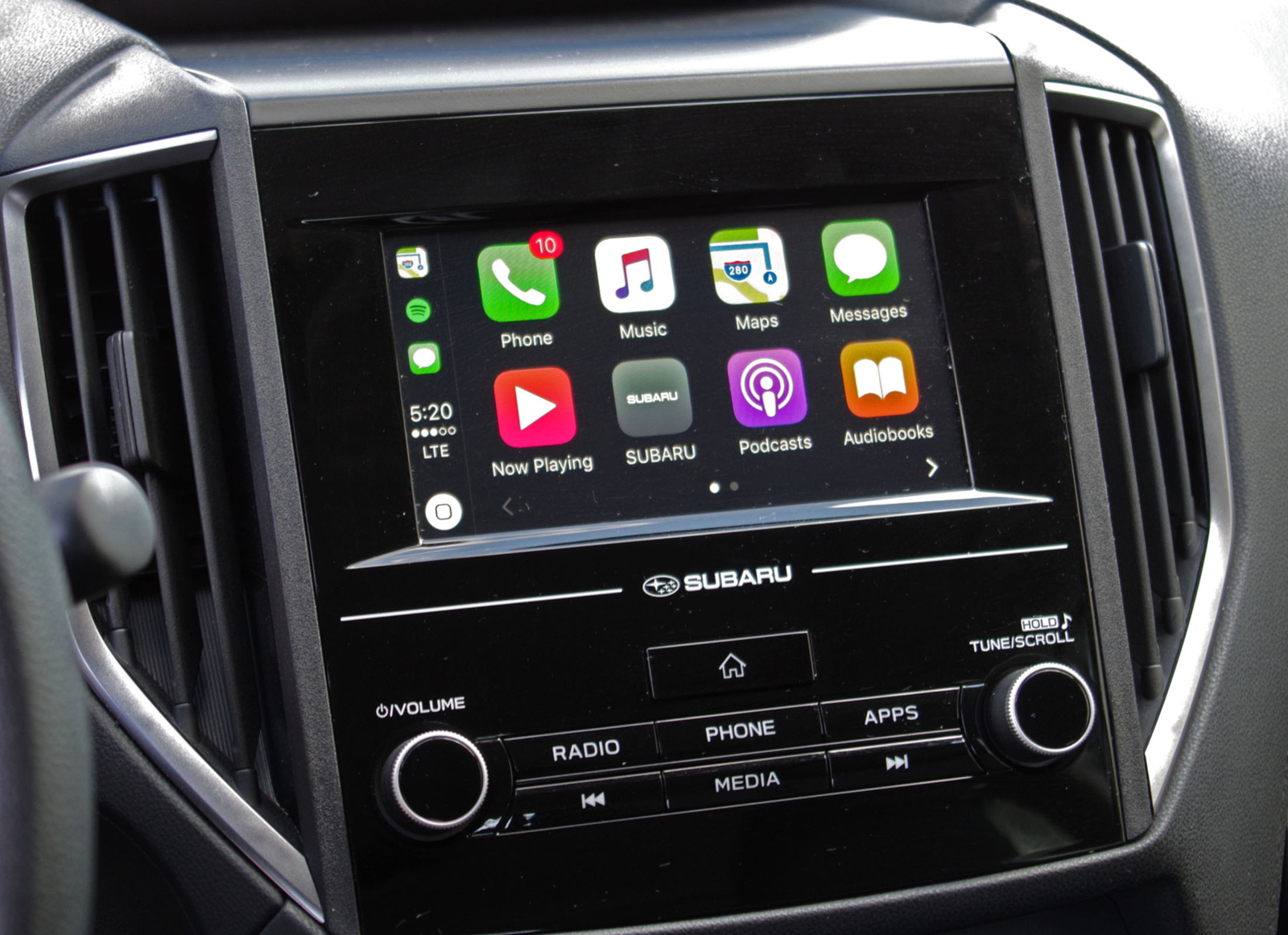 The Impreza offers a surprising amount of technology for its price. Every 2017 Impreza—even the base version—now comes standard with Android Auto and Apple CarPlay. Just plug in your phone and the car’s touchscreen will give you access to music, podcasts, and even navigation.

Subaru also offers one of the most affordable active safety systems on the market. Called EyeSight, it relies on two color cameras mounted on the windshield. It can alert drivers who stray from their lanes, automatically hit the brakes in an emergency, and adjust cruise control automatically to follow the car in front.

On the Premium trim, EyeSight adds just $1,395 to the car’s base price. It also comes bundled with blind-spot detection and steering-responsive fog lights, too. 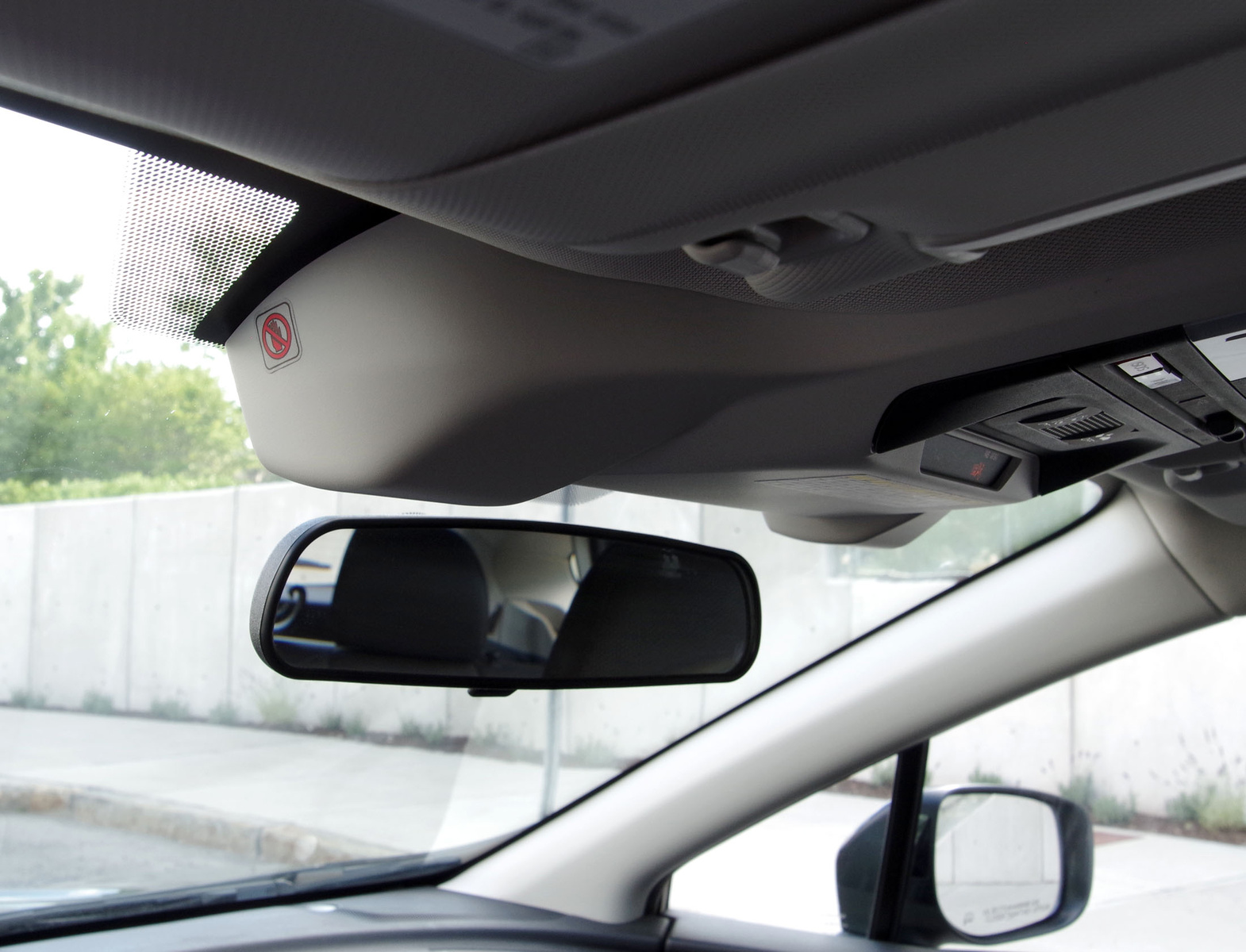 Having an extra pair of electronic eyes and a virtual foot on the brake makes the new Impreza a great choice for new drivers, and—combined with a new, stronger body structure—helps it earn some coveted safety awards from test agencies. It’s a Top Safety Pick Plus, according to the Insurance Institute for Highway Safety (IIHS), and the National Highway Traffic Safety Administration (NHTSA) gives it a top 5-star safety rating.

But EyeSight itself still has some odd flaws. For instance, in most cars, active cruise control will bring the car to a halt when traffic stops, and it’s up to the driver to hit the gas to get going again. This is for safety, to make sure the driver is still in control of the car.

For some reason, the Impreza doesn’t do this. If the car remains stopped for more than 3 seconds, automatic cruise control just turns off—and the car immediately starts to roll forward. If you’re not already on the brake, you just might rear-end the car in front of you. 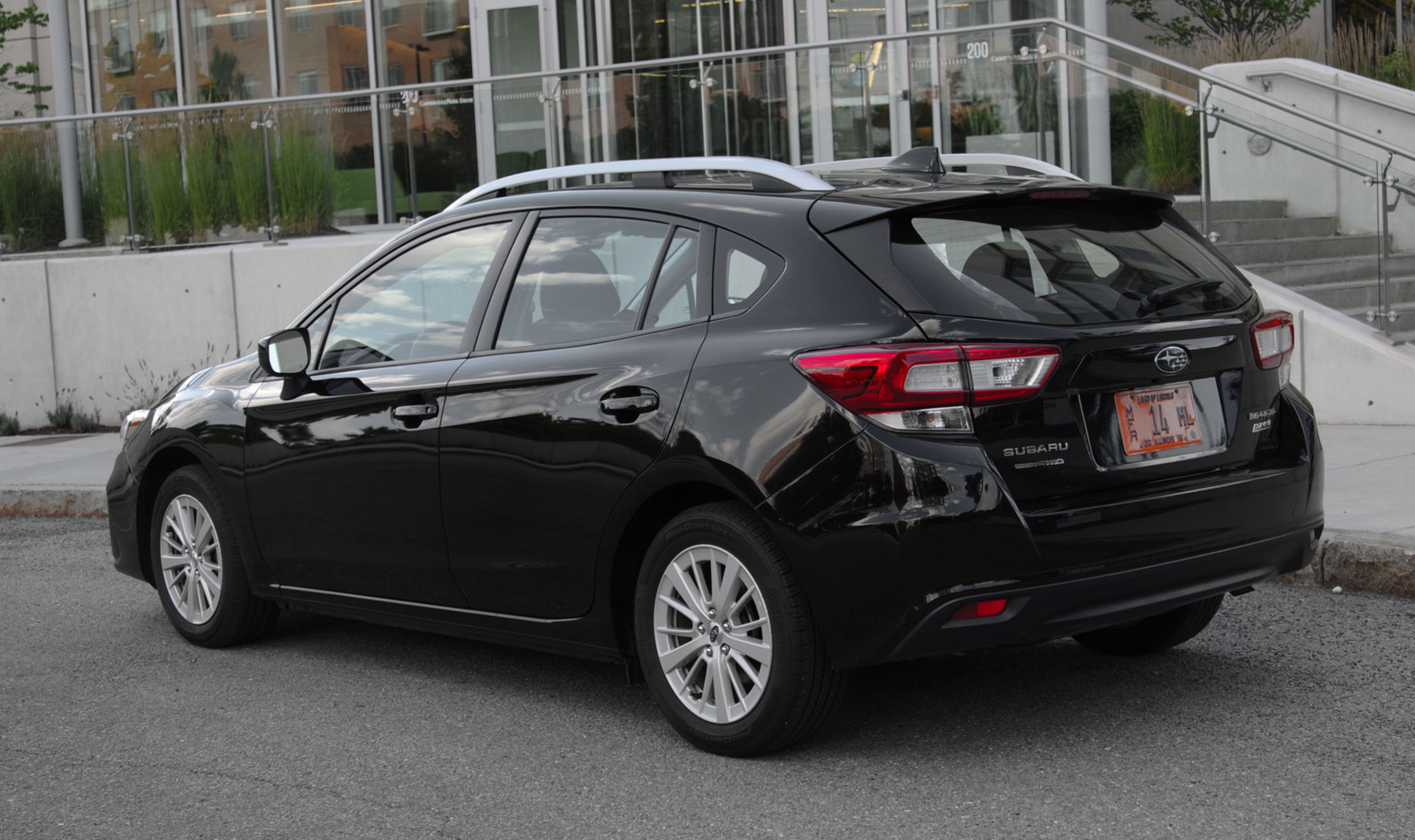 For a car that starts just above $18,000 and tops out just below $30,000, the new 2017 Subaru Impreza certainly has a lot to offer. Returning Subaru buyers expect AWD, good fuel economy, and tons of cargo space, and they'll get it from the updated Impreza. And if you need AWD and don’t want a crossover, the Impreza is your only affordable choice.

But perks like standard Apple CarPlay and Android Auto—plus affordable active safety—make the Impreza an attractive choice in its own right. Yes, other cars are more comfortable, quieter, better looking, and more fun to drive, but the Impreza is practical and safe. If that’s what matters to you, it might be time to visit a Subaru dealer.

What's your take on the 2017 Subaru Impreza?

cherycntt21_01 Nowadays, the price of car has decreased quite a few months ago, but I still do not know which car should be used for long trips with the upcoming travel. Mazda3 cars are interested in pretty much do not know if this car is fast down the machine. I hope you help me.

Guru5PSK9 2018 Imprezza is a nice vehicle overall. I don't like the CVT - slow pickup from stopped position, two+ second delay between reverse and drive, mileage is well below the claimed mileage (I'm getting a combined mileage of just under 25 mpg), windshield wiper blade stops in drivers field of vision leaving streak on window which is annoying.

Users ranked 2017 Subaru Impreza against other cars which they drove/owned. Each ranking was based on 9 categories. Here is the summary of top rankings.

Have you driven a 2017 Subaru Impreza?
Rank This Car

brand new car - door is filling up with water - then when door is opened it pours out - this is only happening on front driver side door - dealer said it is normal?

2017 Impreza Hesitation And Loss Of Power

When at running temp, in acceleration my 2017 Impreza starts skipping and won't have any power, Even when I drop to a lower gear. Once this occurs, even when I'm at a stop, and take off going throug...

We own a 2017 Subaru Impreza with fewer than 12,000 miles. The low-oil light has illuminated twice. Two dealerships have told us that Subarus routinely consume 1/3 quart of oil every 1,200 miles. Acco...

Can I Use These Tires?

Sugars asked a 2017 Subaru Impreza 2.0i Sport Car Customization question about a year ago

Upgrades To My 2017 Subaru Impreza Hatchback

Can i put wrx parts on my 2017 impreza sport hatchback

50 views with 2 answers (last answer about a year ago)