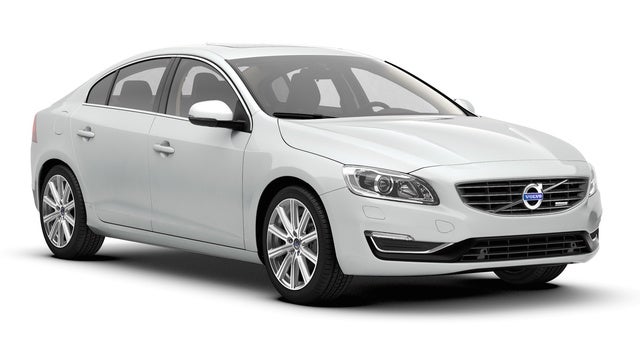 Looking for a Used S60L in your area?

The Chinese automotive market has begun to drive automotive design at top automakers, the latest example being Volvo's plan to bring its S60L sedan to the U.S. market in 2016. The S60L is a stretched version of the S60 sedan that has won over Volvo fans in China, and reports have it arriving stateside in late 2015 as a 2016 model-year car. One interesting twist is that this Volvo model is made only in Chengdu, China. If it comes to our market, the S60L will arrive as a thoroughly modern, refined premium car, quite the opposite of what some once thought might be the image of Chinese automotive imports to the U.S.

The 2016 S60L began when Volvo lengthened the S60’s wheelbase from 109.3 inches to 112.4 inches, but the S60’s modern, sleek exterior design won’t change much for 2016 if the S60L arrives. The S60L's extra length is designed to add legroom to the rear seating area. Given that the new wheelbase is longer than the 2015 Volvo S80, currently the largest sedan in the line, we wonder if the S80 might actually be dropped at some point. Or will the S80 name be retained for the S60L? Perhaps the S80 itself will grow longer. Please bear in mind we are only offering a preview of what may come to pass. What seems most certain is that the longer S60L would satisfy most of Volvo’s large car needs with its added space.

Volvo’s S60 initially impressed reviewers with its new dynamic styling, updated interior, and handling prowess. The automotive media focused on the more powerful, sportier versions; but all the S60s have been warmly received by Volvo fans and shoppers. Inside, Volvo’s Scandinavian design pairs clean lines and a simple layout with impeccable execution. The new TFT (thin-film transistor) display is modern and contrasts well with the classic Volvo method of using an image of a seated driver to show where air will flow from the various HVAC selections. The center console’s layout, with the large infotainment display above the Volvo “waterfall” center section, again pairs new with classic Volvo themes. The infotainment system features full Pandora integration with a “3-D” navigation view in what Volvo calls the Sensus system, intended to keep the driver engaged without moving her focus away from the road.

Volvo’s push into partial zero-emissions vehicles (PZEVs) will most certainly continue if the S60L arrives as we expect. The current Volvo S60 sedan features an optional turbocharged and supercharged four-cylinder engine--capable of 302 hp and 295 lb-ft of torque, this new engine might be the top-spec motor in the S60L. We would also expect Volvo to offer a less expensive engine, most likely the 2.0-liter turbo with 240 hp that it uses now. We expect the 5-cylinder engine to disappear for the time being.

The most interesting engine possibility would be the “T6 Twin-Motor.” This plug-in hybrid pairs a version of the 2.0-liter engine, making about 240 hp, with a 50 kW electric motor. Total output is over 300 hp, with ample torque. But the real benefits of this drivetrain would be an approximate 20 miles of EV-mode driving range and lower overall emissions. Volvo needs to start offering PZEVs in the U.S. if it wants to sell vehicles in the Californian market and the handful of other states that have adopted similar PZEV mandates. Volvo has promised to use this new drivetrain in its XC90, and the S60L was shown with the T6 Twin Motor at the 2015 Shanghai Auto Show this past April.

Safety is paramount to Volvo, and to most of its buyers. The 2016 S60L would continue Volvo's tradition of setting the bar with top-rated safety and innovative safety systems. The S60 has already been crash tested in its standard sedan form and received top marks on everything, including the difficult small-frontal-overlap test, and Volvo’s forward crash prevention system was rated “Superior” by IIHS. Volvo’s 2016 S60L will almost certainly be rated a Top Safety Pick Plus.

If it does come to the U.S. market, the 2016 S60L would not only bring a stretched version of a popular sedan, but a very modern list of powertrains as well. That the vehicle is made only in China is an interesting twist on a long-expected automotive development.

Looking for a Used S60L in your area?

What is the gas mileage on this car?