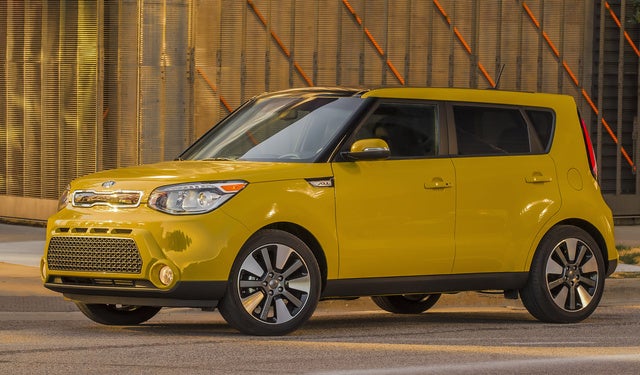 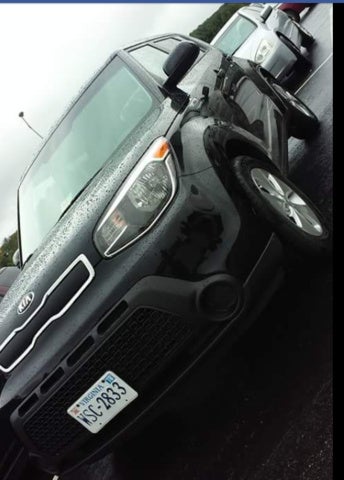 Funky and distinctive, and with high coolness and personality factors, the Kia Soul compact crossover vehicle needs no introduction to U.S. drivers. Since it arrived on the scene in 2010, the Soul has established itself as something fresh and different, even though it takes its DNA from a line of boxy hatchbacks like the Nissan Cube, the Honda Element, and the Scion xB, which first appeared about a decade ago. All but the Soul have fallen out of favor, however, as the Element and xB disappeared after 2011 and 2014, respectively, and the Cube ended production in 2015.

The Soul's continued appeal lies in its good balance of style, affordability, tech features, standard equipment, and fuel economy. Or maybe it's just the Soul's memorable hamster commercials. Either way, the Soul shows no sign of slowing down or disappearing like some of its competitors. In fact, Kia unveiled an electric version of the Soul, the EV, in 2014, and plans to expand the EV's availability to additional states in the U.S. The Soul, it appears, is still going strong.

Last significantly updated in 2014 for its second generation, when it received a longer and wider wheelbase, a revised front end, and a retooled interior, the Soul gets some additions to its standard features for 2016. It continues to come in Base, Plus (+), and Exclaim (!) trims, all of which benefit from a number of updates.

The Base trim, for instance, now comes with the Convenience Package, which adds a 4.3-inch color touchscreen, a rear camera display, and satellite radio to the standard equipment list. The Base also receives 16-inch alloy wheels for 2016.

The Plus gets a longer list of new standard features, including the Designer Collection, which adds a leather-wrapped steering wheel, two-tone roof treatment, and 18-inch alloy wheels. Front fog lights, gloss black bumper tusks, and auto on/off headlights also join the standard package, along with an upgraded audio system with the 4.3-inch touchscreen and rear camera display.

Kia equips the top-level Exclaim trim with its Premium Package, adding such standard features as leather upholstery, navigation with an 8-inch display, an Infinity audio system, automatic temperature control, push-button start, and a panoramic sunroof. The package also includes heated and ventilated front seats, heated rear outboard seats, and a heated steering wheel. Halogen headlights and LED taillights are among the exterior upgrades. Kia rounds out the list of standard features for the Exclaim with lane departure and forward collision control warning systems.

The above updates make it clear that Kia remains intent on keeping the Soul competitive, and the hatchback's high level of technology features remains one of its major selling points. The Soul has always been a tech leader, and in addition to its new features for 2016, it comes standard with a 6-speaker audio system, Bluetooth, a USB input jack, and steering-wheel-mounted audio controls. On the Plus trim, owners can add an optional Infinity audio system with a subwoofer and center speaker. Other options for the Plus and Exclaim trims include speaker lights, HD Radio, push-button start, and automatic climate control.

Because it sits so tall, the Soul's cabin offers plenty of headroom and legroom in both the front and second seat rows, though some reviewers would like to see more cargo space in the back. Still, 24.2 cubic feet behind the rear seats should be adequate for most daily errands. With the rear seats folded down, cargo space expands to 61.3 cubic feet.

The Soul displays unique design elements both inside and out. The cabin has an uncluttered look, with a center stack and steering-wheel-mounted controls that appear to be free-floating. The easy-to-read instrument cluster flows cleanly into the center stack, and buttons, vents, and speakers are well-designed. The high seating positions provide good visibility out the front, but thick C-pillars can limit visibility out the rear.

Outside, Kia has rounded off the Soul's boxy edges a little, resulting in a more streamlined appearance. The sharply sloping roofline gives the impression of speed, while wide-set tires provide a steady stance. An optional Umber Color exterior package for 2016 includes a choice of Shadow Black, Titanium, Fathom Blue, or Cloud White exterior colors, as well as HID projector headlights.

Two different engines power the Soul trims. The Base gets a 1.6-liter 4-cylinder developing an uninspiring 130 hp and 118 lb-ft of torque, while the Plus and Exclaim upgrade to a 2.0-liter 4-cylinder that produces a more acceptable 164 hp and 151 lb-ft. The 1.6-liter engine links to a 6-speed manual transmission, which comes standard, or an optional 6-speed automatic, while the Plus and Exclaim get the automatic as standard equipment. Neither engine will raise eyebrows, and the Base with the 1.6-liter can struggle on hills, so the 2.0-liter remains the better choice. Fuel economy numbers for the base engine check in at 24 city/30 highway/26 combined, while the more powerful 2.0-liter manages similar numbers of 24/31/27.

One of the Soul's big surprises continues to be its agile handling and responsive steering. Although the electric power steering can sometimes feel a little soft, it provides good feedback. The Soul feels stable and solid over the road and it takes corners well. Some reviewers say the ride can feel a little stiff at times, but most agree it's generally smooth and comfortable. They also give positive points to the Soul's quiet cabin and engine.

Users ranked 2016 Kia Soul against other cars which they drove/owned. Each ranking was based on 9 categories. Here is the summary of top rankings.

Can anyone recommend a lawyer in Florida willing to take on a KIA Soul Product collision case?

I want to leave my tailgate open, but the luggage light won't turn off by its self. My light is not removable and I have turned off all interior lights. Kia Soul

Had anyone gotten an answer to the dilemma of vanishing clock display?

Does Car Gurus Charge Commission On The Sale