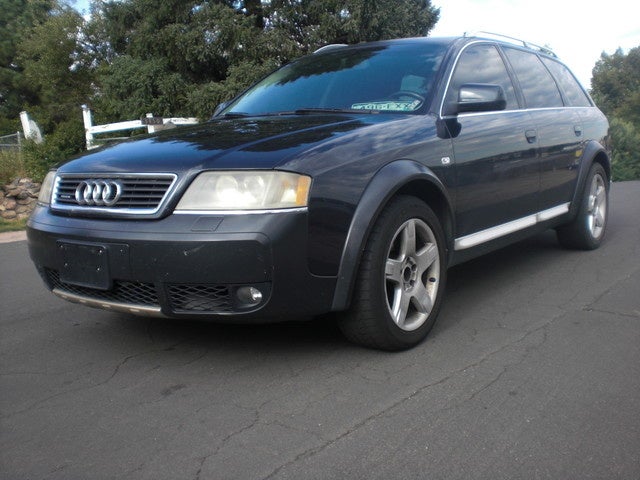 CarGurus has 61 nationwide A3 Sportback listings starting at $14,988. 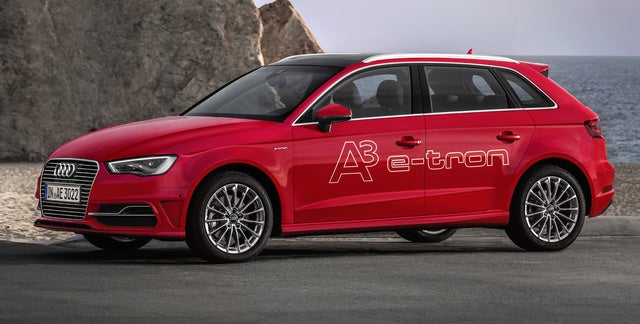 Every automaker who serves the U.S. market must produce zero-emissions vehicles (ZEVs). Audi is no different from any other in this regard. As the California Air Resources Board (CARB) mandates begin to approach, Audi and its parent, Volkswagen, are scrambling to produce products that meet the mandates, but also offer that special something Audi buyers have come to expect. One of the most notable products the company is about to launch is the 2016 A3 Sportback e-tron.

The A3 e-tron, as we will call the vehicle for the remainder of this preview, will skirt the line between hybrid and electric.The new A3 e-tron will be able to operate on battery power alone, or on its gasoline engine alone, or the two will work together intelligently to produce abundant power cleanly and efficiently. Even more impressive than the drivetrain may be the fact that early reviews report that the e-tron's 55-45 front-to-rear weight distribution and approximately 3,400-pound weight make it more fun to drive than competitive plug-in hybrids, and possibly better than the conventional A3, which has more of its weight by percentage over the front wheels.

The 2016 A3 e-tron will travel about 16 to 19 miles on electric power alone. We’ve tested the Ford Fusion plug-in that has a range similar to that and found that for most trips the car is always on battery power. All vehicles of this type also let you select when to use that battery. This is important, because on the highway, it may be better to operate in hybrid or gasoline power modes to save the battery power for the start and end of your trip, which will be on city and suburban streets. Thus, one gets to maximize the battery’s effectiveness.

In combination, the Audi A3 e-tron has no limits on range, because you can stop and quickly fill its gasoline tank in under 5 minutes anywhere in North America. Audi shows a graphic on its A3 page stressing that one could drive from south of San Diego to north of San Francisco on just one full battery and fuel tank. There is zero range anxiety with vehicles of this type.

Charging the A3 e-tron will be easier and faster than for a full battery-electric vehicle, because it uses fewer batteries. Audi says the 240-volt charge time is only 2.25 hours. When using standard home 120-volt power, the A3 e-tron can charge completely in just 8 hours. That time is important, because it's how long you sleep. Compare that charge time to a Kia Soul EV we recently tested. Although the Kia can go much farther on its battery pack (about 93 miles), it takes almost 30 hours based on our testing to fully charge it if you use a standard 120-volt plug. So you cannot charge from empty to full overnight when you are away from your high-power charger.

Audi wisely made the new A3 e-tron quick. It has 204 hp and 248 lb-ft of torque, more in some situations. That will be enough to move the A3 e-tron along at a pace any Audi owner will respect. Expect a 0-60 acceleration time of about 7 to 8 seconds. In another nod to familiarity, Audi is reported to be using a 6-speed version of its dual-clutch automatic transmission instead of going with a continuously variable transmission (CVT).

The 2016 Audi A3 e-tron will be dramatically greener by all current metrics when compared to a diesel version of this car. The two should not be confused. Despite some diesel advocates wishing it were otherwise, diesels generate more CO2 per mile than do even mild hybrids. In most cases, the conventional gasoline engines that sell at the top of each passenger-car segment do better than diesel offerings. The e-tron version of the A3 will also be better in terms of fuel cost of operation per mile compared to diesel and will use dramatically less petroleum to operate.

Our research indicates that the A3 e-tron will operate only in front-wheel-drive mode. If this turns out to be correct, Audi will be departing from one of its comfort areas. The Quattro all-wheel-drive (AWD) system is very closely aligned with the word Audi to most Audi shoppers. However, this car being a result of a Californian mandate, the all-weather aspects of Quattro may not be as crucial to the sales success of the car.

The Audi A3 Sportback e-tron is expected to arrive in early 2016 in the U.S. market. Look for it to begin its roll out in California and that handful of U.S. states that adopt CARB mandates.

Users ranked 2016 Audi A3 Sportback against other cars which they drove/owned. Each ranking was based on 9 categories. Here is the summary of top rankings.

Have you driven a 2016 Audi A3 Sportback?
Rank This Car

Cars compared to 2016 Audi A3 Sportback

CarGurus has 61 nationwide A3 Sportback listings starting at $14,988.

What Could Be The Problem?

Hey my car is showing a green p sign and accellarator doesn't work and the idling is different it's like it wants to cut.

help me about this issue on diagnose system result is camshaft position sensor i changed even intake sensor even temp sensor i changed but problem is still thr ....i checked wiring it still fine...i...

2016 Audi A3 Sportback Trims For Sale