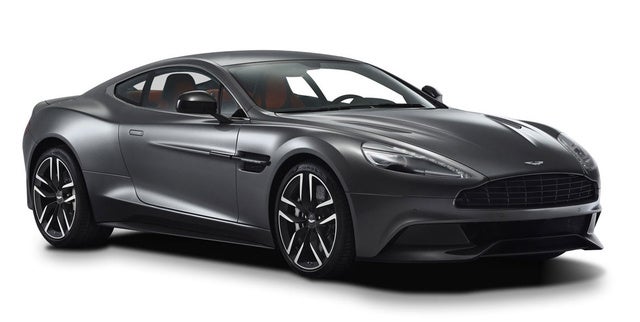 Often mentioned in the same conversation as Ferrari and Lamborghini, Aston Martin is one of the few genuinely British automakers left. Its luxurious and powerful 2016 Vanquish offers only one noteworthy upgrade, however: enhanced Ami II infotainment with new vehicle status displays and a more user-friendly touchscreen. The 2-seat sport-oriented Vanquish is available as either the Coupe or the Volante, the model's convertible trim.

The Vanquish, reintroduced for the 2014 model year after a 5 year hiatus, underwent a fairly significant upgrade for 2015 that included a reworked center stack, carbon fiber interior accents, a new infotainment system, and a couple of added exterior color choices. The drop-top Volante also features a power fabric roof that can be operated at speeds of up to 30 mph.

For 2016, the rear-wheel-drive-only (RWD) Vanquish is powered by a 6.0-liter V12 engine mated to an 8-speed auto-manual transmission that was also new for 2015. Expect an impressive 565 hp and 457 lb-ft of torque from this potent powerplant, with the 8-speed gearbox sporting steering-wheel-mounted paddle shifters. According to Aston Martin, the 2016 Vanquish will go from 0 to 60 mph in 3.6 seconds and has a top speed of 201 mph. Mileage figures come in at 13 mpg city/21 highway/16 combined.

Options for the 2016 Vanquish include up-styled alloy wheels, added carbon fiber exterior accents, 2 rear seats, heated and ventilated seats, and a 6-CD changer. Those who want their Vanquish manufactured to their own specifications can look into Aston Martin’s Q Bespoke program, which allows them to incorporate any number of personalized features.

In comparing the 2016 Vanquish to such competitors as the Ferrari F12 and Lamborghini Aventador, reviewers generally agree that the Aston Martin matches up pretty well in terms of both performance and luxury.

What's your take on the 2016 Aston Martin Vanquish?

Have you driven a 2016 Aston Martin Vanquish?
Rank This Car