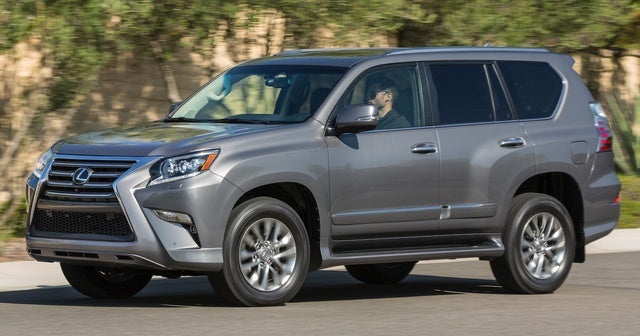 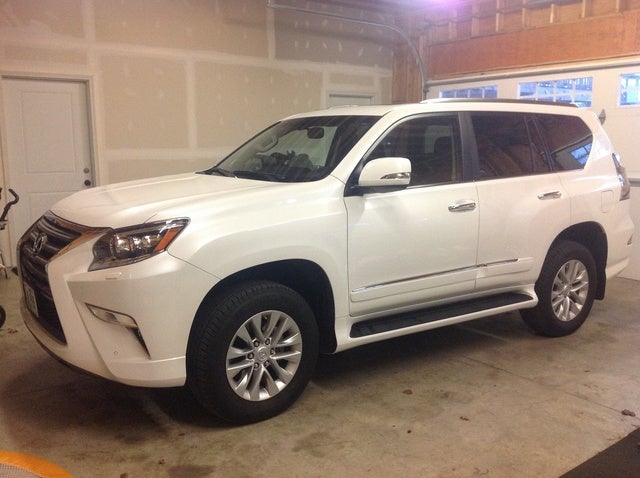 Packing a profusion of pure posh, full-time 4-wheel drive (4WD) and V8 power, the 2015 Lexus GX 460 returns prepared to face the challenges of the daily commute or that titillating trip into the backwoods. This midsize luxury sport ute again boasts 3 rows of seating for 7, a middling 64.7 cubic feet of cargo capacity with the rear seats folded and, alas, that curiously designed swing-out rear cargo door that demands a good amount of space between you and whatever’s behind you when loading your stuff.

Anyhow, once again delivered in a trio of trims, the distinctly un-basic Base, the up-featured Premium and the recently introduced top-shelf Luxury, the 2015 GX 460 returns to battle the likes of Land Rover’s LR4, Acura’s MDX, BMW’s X5 and Infiniti’s QX60. And yes, there are a few changes to the GX 460 for the upcoming model year, including updates to the Lexus Remote Touch infotainment feature that interfaces with available Enform Apps technology to add a bit more mobile WiFi capability to your iPhone. Additionally, the old Park Assist system has been upgraded to what Lexus calls Intuitive Park Assist, which helps with those pesky parking chores, while a pair of re-arranged safety packages also debut for 2015.

Meantime, the standard drivetrain for this terrain-taming Lexus remains a peppy, though not exactly fuel-miserly 4.6-liter V8 powerplant mated with a returning 6-speed shiftable automatic transmission. Look once again for 301 hp and 329 lb-ft of torque from the V8, with mileage estimates again running a tepid-at-best 15 mpg city/20 highway. Oh, and this capable ute’s towing grunt is again maxed out at a respectable 6,500 pounds with the proper equipment.

Speaking of things mechanical, the 2015 GX 460 returns with what’s essentially a standard permanent all-wheel-drive (AWD) system that integrates a 2-speed transfer case with a limited-slip rear differential and a locking center differential. Thus, 60% of torque is constantly delivered to the rear wheels in normal straight-line cruising, with power added to said rear wheels as needed for cornering. Don’t worry though, this burly system once again stands ready to transfer torque from the wheels that slip to the wheels that grip during semi-heavy off-road grinding or on snowy roadways. Driver-selectable Crawl Control, furthermore, is again available to the 2015 GX 460 to help this uncommon ute in its terrain-taming performance with auto braking and throttle tempering, while available Downhill Assist interfaces descent control and stability control technology for a safe and steady journey to the bottom of that mountain path. Said Downhill Assist feature, by the way, can again be complemented by optional Hill Start Assist Control, as well.

As for appearance and creature comforts, expect the Base to come graced with 18-inch alloy wheels, side steps, a power sunroof, heated power mirrors, a roof rack, skid plates and a rear spoiler outside, with leatherette upholstery, power-adjustable front seats, reclining second-row seatbacks, memory for driver’s settings and full power accessories adorning the inside. Cruise control, telescoping tilt-wheel steering and a rear-view camera all return as well, along with dual-zone climate control and an auto-dimming rear-view mirror.

Standard techno-goodies include Bluetooth hands-free calling and a single-CD player bolstered by 9 speakers, satellite radio (HD) and auxiliary audio input via a pair of USB ports.

Moving up to the flagship Luxury trim, look for all that, along with a standard adaptive suspension with automatic rear load leveling, as well as auto-dimming outside mirrors, a blind-spot monitor with rear cross-traffic alert, a heated steering wheel, upgraded leather upholstery and power-folding third-row seats.

With the Base standing ready to accept those added features contained in the available Premium Package, the Luxury remains the sole trim eligible for such further optional add-ons as a 17-speaker Mark Levinson Surround Sound system and rear-seat DVD entertainment. Both trims, by the way, can be fitted with optional remote engine start.

Flanker absolutely love it. if they would just figure out how to split the rear door to a tailgate and provide either more kick out of the engine or a lower rear end for acceleration it would be perfect. Great Car. My fourth GX

Users ranked 2015 Lexus GX against other cars which they drove/owned. Each ranking was based on 9 categories. Here is the summary of top rankings.

How Important Is It To Use Premium Grade Fuel In Lexus V-8's?

On Cars,con They Say Great Deal On My Vehicle. Your Site Say Fair Deal?

cars.com say great deal and your site says fair deal on my vehicle? what price guides are you using? I used KBB and I'm $1000 back of what they say is retail.....