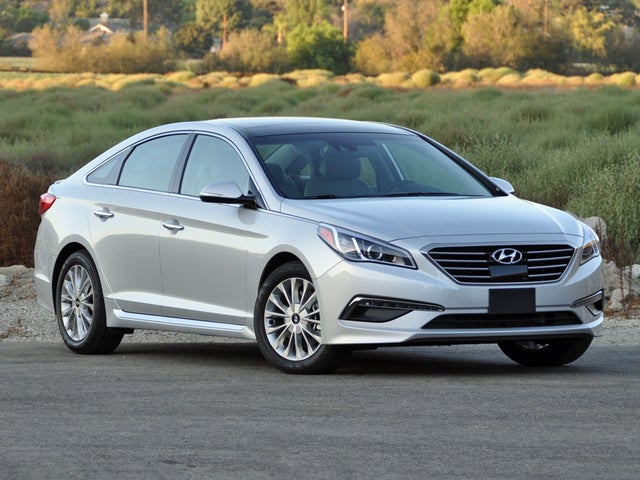 Users ranked 2015 Hyundai Sonata against other cars which they drove/owned. Each ranking was based on 9 categories. Here is the summary of top rankings.

Have you driven a 2015 Hyundai Sonata?
Rank This Car

In this model should have passenger power seat too. Aux calbe connection missing. Small coin storage missing by the stering wheel. Garage door button is not there in back mirror. Every other things a... Read More

I love this car. The features are top notch! It has all the options of a smart car, feels luxurious and I am happy with my purchase. My favorite features are: Ambient lighting Apple Car play Remote... Read More

Plenty of features that come standard and I have the Nline with plenty of power. Read More

This is my second Sonata. The first one was a 2008 at about the same trim level. I had upgraded the radio to an android tablet-based version with many of the features found in the newer model cars. ... Read More

This is our 3rd Hyundai Sonata since 2004,, for a midsize 4 door sedan they are a good bargain Read More

Absolutely love everything about my 2018 Hyundai Sonata Sport. I searched and searched and couldnt find anything until I came across CarGurus! So thank you guys, your website was more than helpful!! Read More

Have you driven a 2015 Hyundai Sonata?
Rank Your Car →