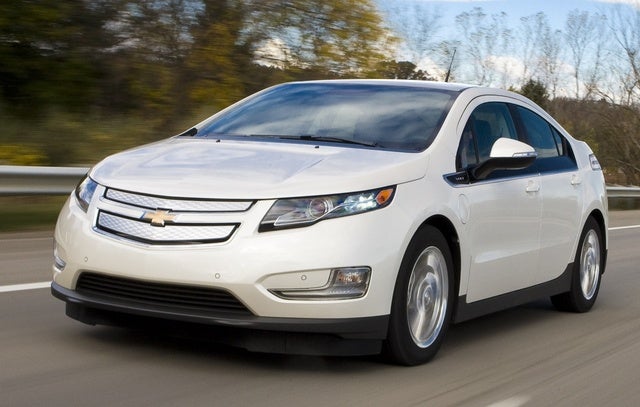 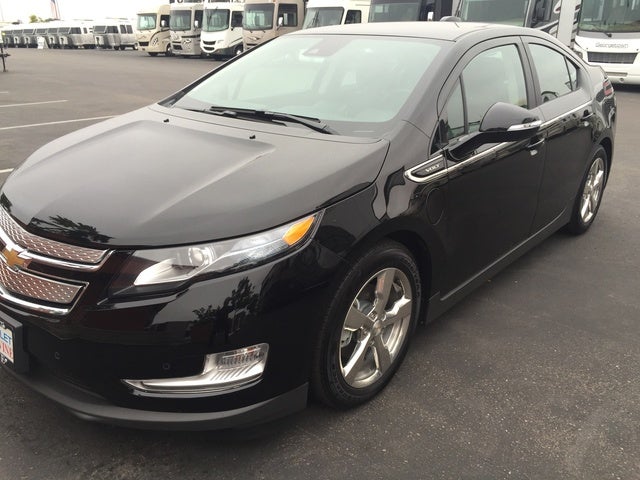 Chevrolet's plug-in hybrid hatchback comes of age for 2015, now a second-generation veteran of the road with 2 powertrain choices. The Volt isn't leaving electric behind, however—Chevrolet is simply evolving the technology, offering a more advanced but physically smaller powerplant as a new top-shelf option. This option also just so happens to open up a fifth seat, if the rumors are true. Otherwise the new Volt is expected to remain pretty much in the same form that won it a top spot in U.S. sales, as well as our hearts.

The redesigned and as yet unnamed trim is expected to arrive later this year with 60 miles of electric-only range as opposed to the 38 offered in the original edition, but yet more overall range than the now-entry-level Volt's 380 miles. That original Volt is still expected to offer reasonably comfortable seating for 4 folks under 6-feet tall, but the new one is rumored for 5 seats with more leg- and headroom thanks to that much improved battery pack.

Fuel economy and overall power are still big mysteries on this new model, but the incumbent Volt manages 60 mph in 9 seconds with its 37-mpg 4-cylinder engine paired with an 111-kilowatt electric motor. Power output amounts to 149 hp and 273 lb-ft/torque for the pair, ending up with an economy estimate around 98 mpge.

Chevrolet also didn't mention anything about the new Volt's time to recharge, but the goal has always been to keep it convenient for the average American's schedule. The older setup charges in 10.5 hours on a standard 120-volt household outlet, or 4.25 hours with the specialized 240-volt hook-up—basically letting you recharge while you're at work or sleeping. It's safe to expect something similar, if not a bit longer for the greater capacity.

Chevrolet is also expected to keep offering both Base and Premium trims, but how they may be arranged is unknown. Reason being, the original Volt relied on a lot of manual controls like hand-cranked seats to conserve power. Since the new one is expected to have more electric capacity, it might also offer a few more of the modern conveniences we've grown so used to loving—maybe even memory for driver's settings.

As for cargo, the original Volt isn't expected to expand on its 10 cubic feet available in the trunk. There's no official word on the new Volt's capacity, but you can expect its rear bench to fold down just like the original. Although the platform for the new Volt is expected to be used in the 2018 Cruze as well, the battery pack is a big variable in what might be left under the Volt's hatch—and Chevy isn't getting specific on the Cruze's trunk space either anyway.

What's your take on the 2015 Chevrolet Volt?

rmk_1 I am on my second Volt. I traded in my 2012 model for a highly discounted 2015 model. Essentially, I'm driving a brand new car for $100/month less and loving it. The Volt has always been a bit cramped for me (I'm 6'5") but that said, 2-4 hour trips are no problem and the ride tech amenities make it very enjoyable. There is a very good reason why this car garners so much praise and affection from owners. It is a very nice 90+ average mpg American made cruiser and is a car that does everything I need a car to do. I also have a 30 mpg Ford SUV for the heavy lifting and the two cars are perfect for a reduced carbon footprint.

Users ranked 2015 Chevrolet Volt against other cars which they drove/owned. Each ranking was based on 9 categories. Here is the summary of top rankings.

Have you driven a 2015 Chevrolet Volt?
Rank This Car

I'm Wondering If There Is A Setting To Tell Me What The Actual Cabin Temper...

My Full Charged 2015 Chevy Volt Has Buzzing Nose Coming From Back End. In G...