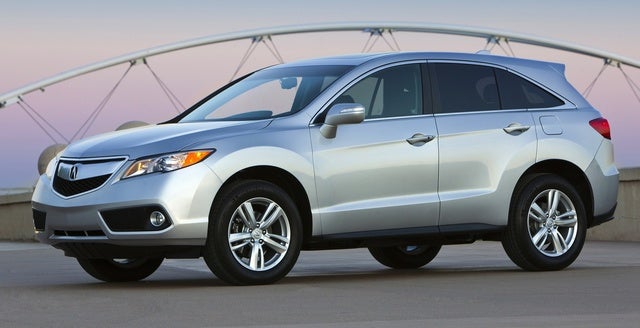 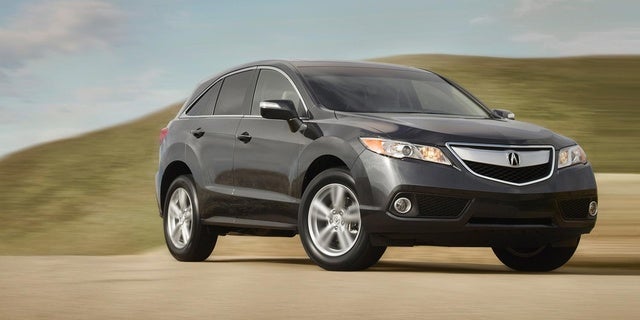 Redesigned for 2013, the Acura RDX gets refreshed for 2015 to include a new frame built specifically to absorb collision impacts plus reactive dampers and adaptive steering. In other words unless you're a stickler for crash test scores and the finer nuances of driving dynamics, you shouldn't notice any significant changes between the 2015 and 2014 model years—and that's just fine by brand fans.

That said, the RDX is doing Acura no favors in the argument to switch makers. Everyone trading in a Lexus notes the RDX rides a bit rougher than they expected out of a luxury compact crossover, just as one example. Other drivers note the lack of features like a power liftgate unless you opt for the top-of-the-line seems cheap, while still more drivers say a fully loaded RDX is overpriced for what you get, including the same navigation system Acura has used since 2004.

Whether the 2015 RDX will see any updates in these areas is still unknown, but we do know for certain the same engine and general feature sets carry over without any major changes. Year over year, the 2015 RDX is only a few hundred bucks more than the 2014. If anything beyond the frame, dampers and steering changes, it's not going to be a big change.

Its most comparable competitor is Volvo's XC60, which is the only other compact crossover with class-leading rear legroom alongside more than 60 cubic feet available for cargo via a split-folding rear bench. While the XC60 offers a bit more cargo carrying capacity than the RDX (67 cubic feet plus a standard roof rack versus 61.3 cubes in the RDX and no rack), the RDX's V6 is a bit more fuel efficient with the same 0-60 mph benchmarking time as the XC60's top-shelf R-Design. Both are just as sporting in terms of driving character, and both are just as polarizing in terms of style, but the XC60 is more popular by a long shot.

Nevertheless, drivers seeking a more engaging experience than the Volvo come to Acura's RDX for good reason. The 3.5-liter V6 spouts out 273 hp and 251 lb-ft of torque for a thunderous 6.5-second trip to 60 mph while getting 20 mpg city/28 highway with the default front-wheel-drive (FWD) setup. All-wheel drive (AWD) is optional for any RDX but drops that economy to 19/27—only marginally better than the XC60 with AWD, and premium fuel is recommended for the Acura. A 6-speed automatic transmission is obligatory.

As before, the RDX comes in one well-equipped trim with the option of a Technology upgrade that adds xenon headlights, a power liftgate, navigation system, voice commands, GPS- and solar-aware automatic climate control, and a 10-speaker Surround Sound audio system with 15GB of music storage.

Candace I'm curious as to how this car is being described as "overpriced" for what you get. Have you done any research comparing it to its competitors as far as pricing and standard equipment? Because I do not see that statement backed up. Spouting opinion that isnt based on research probably isnt the best way to become a successful writer/blogger/whatever. And you mention the Lexus crossover and compact SUV's in one breath - the RX350 is compared more evenly with the MDX instead - the prices line right up and they are closer in size. Basic info, my dear. Regardless, all luxury brands make some great, compelling vehicles that are all quite different from one another in ride, drive, and price. Everyone will choose what suits them best!

jammerdoc I just bought one and I think I was attracted to the power, handling (aside from the comfort critics - some of the Beemers grab corners, but you wouldn't want to sip coffee while doing it), and the lines....the RX's which are abundant on the road, are very round and lack angularity.

Users ranked 2015 Acura RDX against other cars which they drove/owned. Each ranking was based on 9 categories. Here is the summary of top rankings.

Have you driven a 2015 Acura RDX?
Rank This Car

Can I post an ad to sell my SUV on cargurus.ca? I could not find an option to do so on my laptop. Pl guide if this is possible. Thanks

21 views with 1 answer (last answer about a month ago)

does anyone know how to replace the latch? I cannot determine how to install the sping. thank you.

How Expensive Is Rdx To Maintain? How Expense Are Tires

Car has 40,000 not sure if it will be a super expensive like BMW or Lexus to service

The center console plastic lock mechanism that latches into the base broke. Need a proper replacement part - have the spring - and instructions for repairing. Thank you!