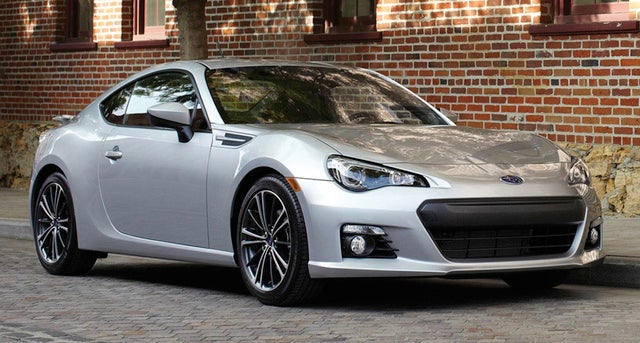 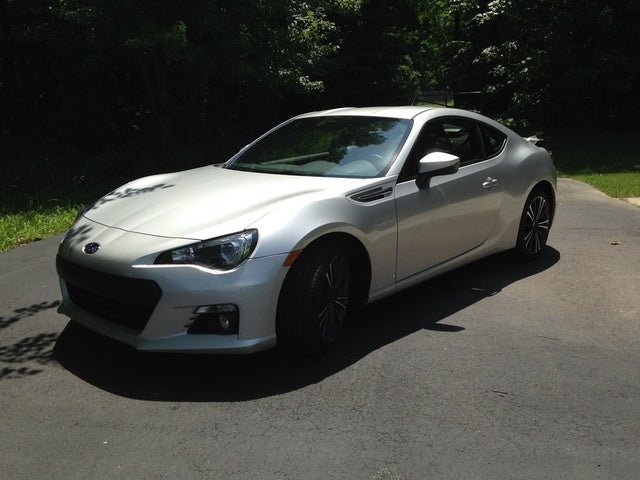 Following its introduction in 2013, the award-winning Subaru BRZ rolls into 2014 essentially unchanged, although with a full head of steam behind it. Breaking out of the typical Subaru all-wheel-drive (AWD) family-friendly wagon profile, the BRZ 2-door sport coupe represents the automaker's willingness to take on high-profile street racers from Asia and Europe, and by most accounts it easily runs with the pack. Combining a rear-wheel-drive (RWD) platform, a 200-hp Boxer-style engine, seating for 4 and stylish exterior sheetmetal, the BRZ hits all the right notes. Add in decent fuel economy numbers of up to 34 mpg, a well-equipped interior and cargo versatility, and it's easy to see why the BRZ has become a strong seller for Subaru right out of the gate.

For 2014, the only update comes in the form of a new infotainment feature called Aha, which enables owners to integrate their smartphones with the BRZ's voice-activated GPS navigation system, which comes standard. Using the system, owners can access news, podcasts and social media networks through the car's radio. Subaru also boosts the 2014 BRZ's pricing by a relatively modest $100 over the previous year. As in its inaugural year, the BRZ comes again in Premium and Limited trim levels.

When it comes to its street cred, the BRZ has a lot going for it, starting with its low weight and low center of gravity, which give it that toss-about ability. At just 2,762 pounds, the BRZ weighs more than the Mazda Miata MX-5 (2,480 pounds) but less than competitors like the Hyundai Genesis Coupe (3,362) and the Honda Civic Si Coupe (2,943). The low-slung BRZ also sits close to the ground, with a center of gravity at 18.1 inches, besting such sport racers as the Porsche Cayman, the Ferrari 458 Italia and the BMW M3. The BRZ's low swept-back roofline, prominent front fenders, short overhangs and muscular rear haunches all combine to give it a lean, aerodynamic shape that helps it cut through the wind while staying firmly planted to the ground. HID headlights and daytime running lights come standard on both trims, while the Limited also gets foglights, heated side mirrors and a rear spoiler.

Some may say the BRZ's 200-hp engine isn't worth boasting about, especially when compared to the heavier Genesis Coupe's 274 hp, but it compares favorably to the Si's 201 hp and the Miata MX-5's 167 hp. The BRZ's 2.0-liter naturally aspirated aluminum-alloy 4-cylinder engine sits horizontally opposed and spits out 150 lb-ft of torque at a relatively low 2,800 rpm, which stays nearly flat up to 7,000. In its standard configuration, the engine links to a 6-speed close-ratio manual transmission, although owners can opt for a 6-speed automatic transmission with a manual shift mode and paddle shifters in the Limited trim. Testers say both are big improvements over the typical Subaru shifters, and Subaru claims it changed 80 percent of the transmission architecture to improve feel and gear selection. However, some critics complain of a light pedal feel. With the manual shifter, the BRZ zooms to 60 mph in just 6 seconds, and it takes an extra second or two to reach that speed with the automatic. Fuel economy numbers check in at 22 mpg city/30 highway with the manual and 25/34 with the automatic. The engine requires premium fuel.

The BRZ's RWD platform helps it deliver that race-car feel, so it can run with the big dogs. The 4-wheel independent sport-tuned suspension features a strut-type front setup with a stabilizer bar and a double-wishbone configuration in the rear. A Torsen limited-slip rear differential also comes standard on both trims, helping to improve stability, although some testers have noted a bit of understeer at times. The automaker equips the BRZ with electric power-assisted steering rather than a hydraulic setup, but the system feels tight and responsive, due in part to the tiny 14.4-inch steering wheel, which makes it fun to whip the vehicle around. Dual-piston calipers up front help provide stopping power, while 17-inch aluminum-alloy wheels with high-performance tires on both trims ensure plenty of road grip.

Inside, the BRZ offers limited space, due in part to its short 101-inch wheelbase. Passenger volume measures just 76.5 cubic feet, for instance, which compares to the Civic Si's 82.6 cubic feet. Cargo space in the trunk checks in at 6.9 cubic feet, which is somewhat better than the Miata MX-5's minuscule 5.3 cubic feet, but still nothing to brag about. The BRZ seats 4 passengers in a 2+2 arrangement, though most reviewers say the rear seat remains tight for adults. However, the front seats are comfortable and supportive with good bolstering, and should provide enough legroom and headroom for most passengers.

As a big plus, the BRZ comes better equipped than many of its competitors. In addition to standard navigation with a 6.1-inch color touchscreen, the entry-level Premium trim includes such features as a leather-wrapped 3-spoke steering wheel with cruise controls and red stitching, a leather-wrapped shift knob, air conditioning, keyless entry and an 8-speaker audio system with HD radio, SiriusXM satellite radio, a USB port and XM NavTraffic, in addition to Bluetooth and the new Aha infotainment system. Cloth upholstery, manually adjustable front seats and a 65/35-split flat-folding rear seatback also come standard on the Premium. The Limited adds such features as leather seat bolsters and Alcantara inserts, heated front seats, silver metallic accent trim, keyless start and dual-zone automatic climate control. Both trims get sport-design gauges with a center-mounted analog tachometer, a multifunction display for vehicle information and a driver-oriented cabin with nicely textured plastics.

Safety features include a full range of airbags, including side-curtain airbags, as well as vehicle stability control and 4-wheel antilock brakes with brake assist. The IIHS named the 2013 BRZ a Top Safety Pick, which should carry over to 2014.

Users ranked 2014 Subaru BRZ against other cars which they drove/owned. Each ranking was based on 9 categories. Here is the summary of top rankings.

Have you driven a 2014 Subaru BRZ?
Rank This Car

If yes, how much of a discount you're going to ask for? No structural damage, based on carfax and other reports ran using NVTIS VIN look up tool.