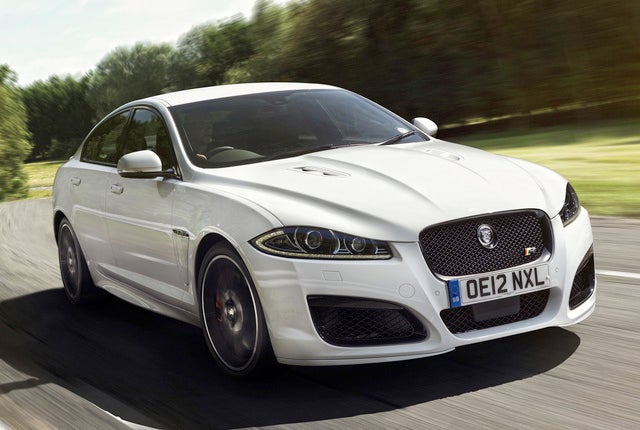 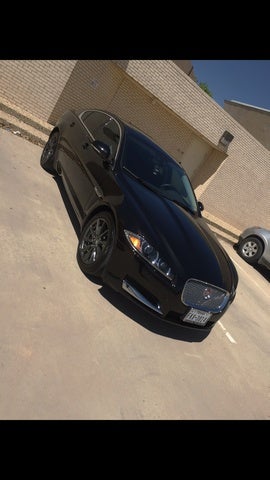 After receiving a number of upgrades in 2013, which gave it a snazzier exterior design and a broader range of engines, the Jaguar XF luxury midsize sedan gets only minor updating for 2014. Improvements include a new satellite navigation system with intuitive mapping and a smart keyboard, as well as a number of exterior add-on packages and a choice of 8 wheel options. The XF continues to come in a single 4-door, 5-passenger sedan body style riding on a rear-wheel-drive (RWD) platform. For 2014, Jaguar offers the XF in entry-level 2.0T, mid-level 3.0 and top-shelf Supercharged, XFR and XFR-S trims, as well as in a 3.0 AWD trim. However, a new diesel-powered XF introduced in the UK and Europe for 2014 has not yet been designated for U.S. showrooms.

Last year, the XF received a new turbocharged 4-cylinder engine and a supercharged V6, which joined the existing high-performance V8s powering the XF's upper-level trims. The XF also received some exterior refining in 2013, which included a reshaped hood, stylish slimmed-down headlights and LED daytime running lights, giving it a crisper, cleaner look. Those design updates carry forth to the 2014 XF, and reviewers and owners alike continue to admire the XF's shapely exterior lines, with its long nose, streamlined fenders and low, subtly tapering roofline.

Up front, the XF displays a bright mesh open grille and a sculpted power-dome hood, which helps direct airflow around the vehicle. Side power vents and automatic HID headlights with LED daytime running lights arranged in a J-shaped pattern add visual flare. Heated side mirrors with a turn indicator on the driver's side and LED taillights are also standard. An optional Premium Package adds swiveling adaptive front headlights, while an optional Convenience Package adds intelligent high beams and heated auto-dimming side mirrors on lower-end trims.

The Supercharged, XFR and XFR-S get the heated auto-dimming side mirrors and quad exhaust pipes as standard features, while the XFR and XFR-S display a unique exterior appearance, thanks to a black finish grille with bright surrounds, as well as intelligent high beams and adaptive headlights. New exterior packages for 2014 include the Black Pack, which adds a gloss black grille, front bumper and window trim, and an Aerodynamic Pack, which includes a unique front bumper with black mesh inserts for the lower air intakes, as well as sculpted side sills and a unique rear lip spoiler.

Power for the entry-level 2.0T trim comes from a 2.0-liter turbocharged 4-cylinder engine, which develops 204 hp and 251 lb-ft of torque. The engine pushes the XF from 0-60 in 7.5 seconds and to a top speed of 121 mph. The turbo 4, like all XF engines, mates to an 8-Speed ZF electronic automatic transmission with Jaguar SequentialShift manual shifting. Fuel economy numbers of 19 mpg city/30 highway represent the best in the XF lineup.

When it comes to power and performance, none of the XF trims disappoint. But overall they remain more focused on luxury and prestige than performance. The base 2.0T trim, the 3.0 and the 3.0 AWD, come well-equipped with such standard features as leather upholstery, 3-stage heated front seats with 6-way power adjustment and Rosewood veneer. A leather-wrapped 3-spoke steering wheel includes controls for audio, cruise and Bluetooth. Other standard features include a power moonroof, dual-zone automatic climate control, a 7-inch color touchscreen, a rear parking aid, keyless start and a 10-speaker 250-watt audio system with an iPod port. The Premium Package adds SiriusXM satellite radio and a navigation system.

The Supercharged gets heated and cooled front seats, upgraded soft-grain leather upholstery, a 16-way power driver's seat, a 12-way power passenger seat, Rich Oak veneer and a heated steering wheel. Jaguar also includes a navigation system with an InterActive Voice touchscreen, as well as a blind-spot monitor, front parking sensors and a 12-speaker 380-watt Meridian sound system with HD radio. The XFR and XFR-S include sport front seats with 18-way power adjustment for the driver and 14-way power adjustment for the passenger, as well as Dark Oak veneer, a 60/40-split rear folding seat with a pass-through and a 17-speaker 825-watt Surround Sound audio system.

The XF delivers nimble handling and precise control, thanks to its European-tuned 4-wheel independent suspension, which includes JaguarDrive Control with a Dynamic mode for a sportier driving experience. All trims except the 2.0T also get a Winter Mode, which ensures additional traction on slippery roads. The V8 trims come equipped with Adaptive Dynamics, which sharpens handling response, and Adaptive Differential Control, which sends torque to the rear wheel with the best grip to maximize traction. Power-assisted speed-sensitive rack-and-pinion steering comes standard in all trims, while the V8 trims get a high-performance braking system. In addition, the XFR-S gets a performance exhaust system for a sportier sound. The 2.0T and 3.0 ride on 18-inch alloy wheels, while the 3.0 AWD gets 19-inch alloy wheels. The V8 trims all receive 20-inch alloy wheels. Safety features include Dynamic Stability Control and 4-wheel antilock brakes.

Users ranked 2014 Jaguar XF against other cars which they drove/owned. Each ranking was based on 9 categories. Here is the summary of top rankings.

Have you driven a 2014 Jaguar XF?
Rank This Car

How Do You Switch From Mph To Odometer Reading--somehow Mine Got Switched A...

Where Is Oil Stick Located To Check Oir

What Part Of The Month Do You See The Offered Price Of A Car Reduce By The ...