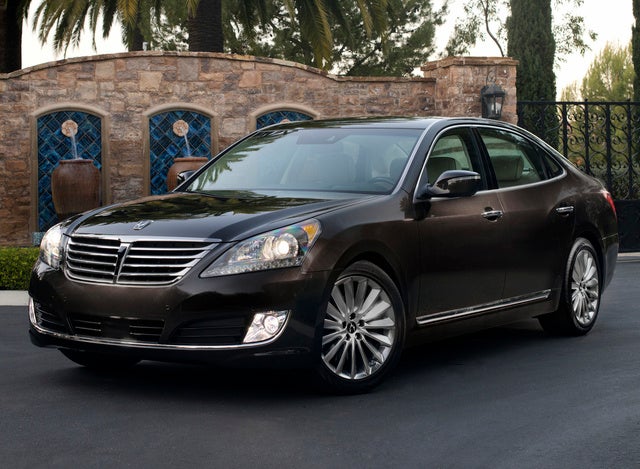 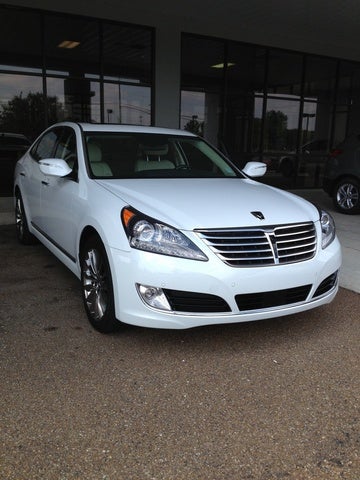 Still in its first generation, the Hyundai Equus gets its first major refresh for 2014—but without much left to prove. Already offered with a stellar engine, luxurious ride, pleasing style and just about everything a luxury buyer could want, this refresh is more icing on the cake than anything else as owners of previous years can offer no complaints on the Equus itself. As such, Hyundai touched up its style, redesigned the instrument clusters, upgraded its materials, refined the suspension and dropped in a slew of new safety gizmos, but fundamentally changed nothing about this full-size luxury sedan.

Service is still another matter, though. Hyundai is a little new to the whole luxury thing, so its extended services aren't quite as extended as some drivers would like. Service centers simply don't have the luxury loaners on-hand to take care of everyone who calls in for the complimentary valet, and this has led to quite a bit of frustration from owners who feel the maker should be up to par with luxury leaders by now, nevermind it's been only 3 years since the debut of these endeavors with uncontrollable mishaps along the way, like shipments gone adrift in the Pacific Ocean.

The few drivers who couldn't get a timely air-conditioning service aside, Hyundai delivered one remarkable product in the Equus right from its 2011 debut, and it just keeps getting better. All-wheel drive still isn't available, but this rear-wheel drivetrain features a Snow mode for 2014 in addition to the previous Normal and Sport, which is also now more differentiated with a more responsive spring in the Sport step. The familiar 8-speed shiftronic automatic and 429-hp and 376-lb-ft/torque 5-liter V8 good for 15 mpg city/23 highway carry over otherwise unchanged, still using premium fuel to propel the Equus to 60 mph in just 6 seconds.

Otherwise returning buyers will notice new looks to each end outside, and inside more supple leather on newly widened seats and covering more surfaces, improved wood veneers, a streamlined center-stack cluster and a few more bells and whistles—literally. Blind-Spot Detection, smart cruise control, lane-departure warning (that doesn't beep, actually—it just tugs on your seatbelt) and Rear Cross-traffic Alert are all now standard across the board. The coronated Ultimate trim also gains a head-up display and multi-view camera system, but that's not all the tech added for 2014.

Perhaps most impressive, aside from now featuring 2 touchscreens in the front seats' headrests for the rear entertainment system instead of just 1 in the rear center console, is the room that screen move opened up for rear-seat Equus passengers to easily do things like change navigation settings with the expanded controls there. This just might be one of the most convincing arguments for riding in the back, and the Ultimate does that in ultimate style with reclining and massaging seats in its 2-person rear quarters. Signature buyers enjoy a more driver-oriented experience with almost as many options, but ample room for 3 in the back.

Geratd390y The only thing that's missing from this car is All Wheel Drive. That would top it off for me. Once snow and Ice come I'll be looking to purchase something to get me thru.

Users ranked 2014 Hyundai Equus against other cars which they drove/owned. Each ranking was based on 9 categories. Here is the summary of top rankings.

Have you driven a 2014 Hyundai Equus?
Rank This Car

I Cannot Start The Car,

After putting things in the trunk, and then having to rearrange them to close the trunk, everything shut down. No lights, no power, and I cannot even open the trunk. Any ideas?

531 views with 5 answers (last answer about a year ago)

So How Does This Pre Qualified Application Work When Buying From A Private ...

How To Change Listed Price

how to delete sale and relist vehicle

Since Hyundai Will No Longer Make Equus After 2016 Will That Hurt Its Value...