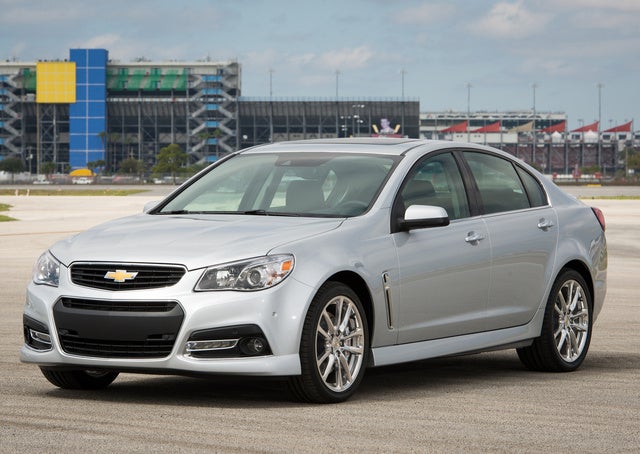 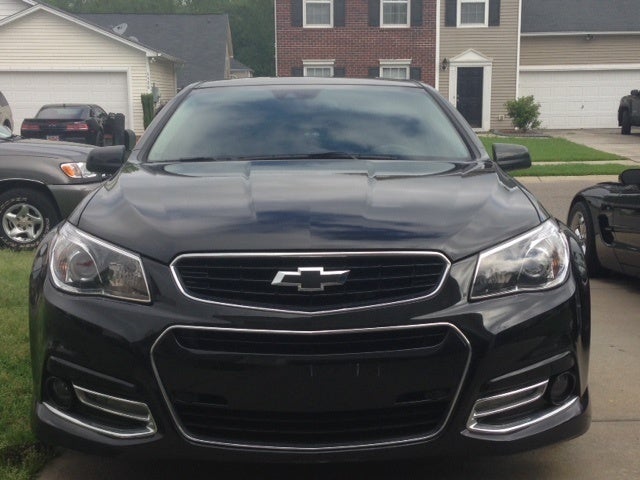 The simply named Chevrolet SS is Chevy's new big, roomy V8 street machine for the enthusiastic driver who wants plenty of room for passengers. Touted as its “first rear-drive performance sedan since the 1996 Chevrolet Impala SS,” in reality, this car shares DNA with a beloved modern marvel. It shares the same architecture as the VF Commodore, made by GM's Australian brand, Holden. The only distinguishing differences between the two cars are the front fascia, grill and badging.

The SS is actually GM's second try at bringing a version of its Aussie creation to the U.S., since the Pontiac G8 GXP hit our shores back in 2008, only to exit along with the Pontiac brand.

When it arrives in the fall, the Chevy SS's 6.2-liter LS3 V8 engine will sport an impressive 415 hp and 415 lb-ft of torque. This power will travel via a 6-speed automatic transmission directly to the rear wheels, but it will not be offered with a 6-speed manual. That could be seen as a negative, but its fiercest competitor, the Dodge Charger, also doesn't offer one. Sadly, the trend for younger drivers never learning to use a stick has caught up to us. Even for major muscle cars, shifters appear on the steering wheel in the form of paddles (we know, it's not the same).

But with a reported 0-60-mph time of less than 5 seconds, the SS will move faster than the law allows in no time at all. And by driving one, you may be able to talk yourself out of a ticket if one of the officers is in a Chevrolet Caprice, which shares similar DNA but is made available only to law enforcement. If you drive this car, be ready to have that chat.

The SS will be offered in one flavor only: completely loaded. For starters, it has performance-tuned electric power steering, premium 4-piston front Brembo brakes and forged 19-inch aluminum wheels with staggered Bridgestone tires. The exterior design has some very butch features, but is a somewhat controversially conservative design. But with the high-intensity discharge (HID) headlights, LED daytime running lights, trunk-mounted spoiler and double chrome exhaust tips, it still looks bad in a good way.

But the feature screaming luxury the loudest is the SS's Automatic Parking Assist, a first for Chevrolet. Just as the name implies, this car can park itself in either parallel or reverse right-angle fashion without driver input.

Although GM is not expecting a huge audience to flock to this monster of a sedan, some folks take their big-engine rear-wheel-drive sedan love quite seriously. For that person, the Chevrolet SS has at least a fighting chance when weighed against the impracticality of owning a Corvette.

Joni Gray has seen the car world from both sides. First, as a marketer inside three major automotive corporations (Mazda, Hyundai and Honda), followed by a decade of editorial positions at Kelley Blue Book and Auto Trader and as Sr. Automotive Editor at the LA Times. Her knowledge of both cars and the people who buy and drive them has given her deep insight about today's car owners and their drive for design, technology and quality as well as performance. Joni lives in Southern California with her husband and Chloe, the lazy whippet.

Have you driven a 2014 Chevrolet SS?
Rank This Car

I have a 2014 Chevy SS with very low mileage. Less than 18,000. Excellent condition. I have a note I can't handle. Can I sell or trade my car to a dealer and be from under that vehicle?

I removed my ecu for service than try to lock the car by remote it wasnt working.i locked it manually by inserting key in door lock.i tought without ecu it will not work.serviced ecu plugged it bac...