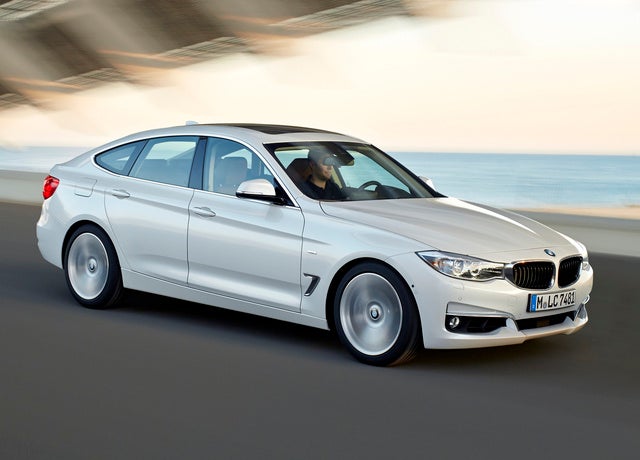 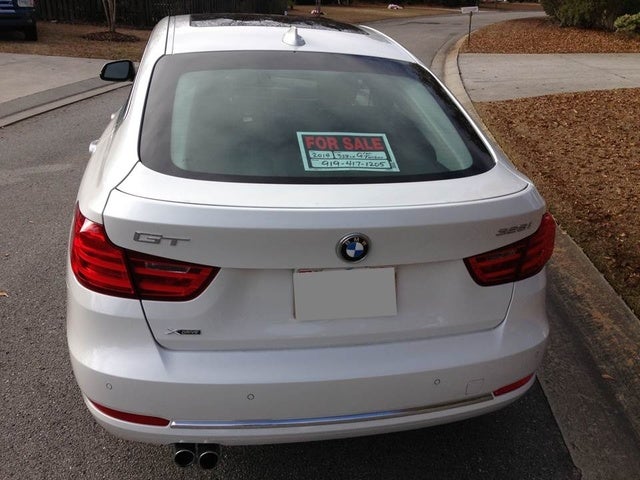 The small but growing hot hatch category gets a little hotter for 2014, thanks to the debut of the 5-door BMW 3 Series Gran Turismo. Combining design and interior elements from the 3 Series compact sedans and wagons with a rear liftgate similar to the one found on the 5 Series Gran Turismo, the new 3 Series GT occupies a rarefied spot in the automaker's lineup. Dripping with style, functionality and smart design, it's larger than the 3 Series sedans, offers more cargo space than the 3 Series wagons, boasts as much headroom as BMW's 7 Series sedans and displays more attractive exterior styling than the 5 Series GT. It's also longer, heavier and taller than the 3 Series sedans, so it doesn't deliver quite the performance of cars like the 335i, but few will complain about its comfortable ride and balanced handling.

Like the 5 Series GT, the 3 Series GT combines attributes of a coupe and a wagon, and draws on the European tradition of grand touring road cars. It displays a distinctive coupe-like fastback profile, with a low stance, a long nose and a swooping roofline that tapers gradually toward the rear. While the GT borrows most of its components, including its engines, from the 3 Series stable of vehicles, it comes equipped with a few unique features, including an active rear spoiler, a first for BMW. The spoiler automatically deploys at 70 mph to improve traction and stability, and retracts when speeds fall below 45 mph. The 3 Series GT also receives distinctive side vents, which BMW calls air breathers, located on the front fenders just behind the wheels. The high-gloss black air breathers help improve aerodynamics and reduce fuel consumption, according to the automaker.

Outside, the 3 Series GT displays flowing coupe-like lines, an aggressive front end and frameless windows for a clean, sporty appearance. Up front, the GT gets larger headlights than those on 3 Series sedans, as well as the signature forward-tilting dual-kidney grille, a modified front apron and large air intakes. The GT also has a smoother hood than the sedan. The side air breathers serve a visual as well as a functional purpose, and the active spoiler at the rear retreats out of sight when not in use, resulting in a clean profile.

The 3 Series GT arrives in the U.S. in 328i xDrive and 335i xDrive configurations, though other versions are available outside the U.S., including diesel-powered trims. Halogen headlights and foglights come standard on the base 328i trim, while the 335i upgrades to HID auto-leveling headlights with corona rings and LED accent lights. Both trims get power side mirrors, L-shaped taillights and dual chrome exhaust pipes, as well as a high-opening automatic tailgate, which makes it easy to load and unload cargo. For the 3 Series GT, BMW decided to go with a traditional 1-piece tailgate, rather than the controversial dual hatchback design found on the 5 Series GT. An optional Smart Opener feature allows owners to open the tailgate simply by moving a foot under the rear bumper.

Two different engines carrying over from the 3 Series sedans power the GT trims. The 328i gets a 2-liter BMW TwinPower Turbo 4-cylinder engine, which features a twin-scroll turbocharger, variable valve control and high-precision direct injection. It generates 240 hp and 255 lb-ft of torque, peaking at just 1,250 rpm and continuing through 4,800 rpm, resulting in spirited acceleration. The 335i upgrades to an inline 3-liter 6-cylinder engine, which puts out 300 hp and a matching 300 lb-ft/torque, also peaking at a wide range from 1,200 to 5,000 rpm. Both engines mate to an 8-speed automatic transmission designed for smooth shifting and high efficiency. Steering-wheel-mounted paddle shifters come standard on both trims. Although BMW has not yet announced fuel economy numbers for the GT, the similarly equipped 328i xDrive sedan gets 23/35 mpg, while the 335i sedan manages 20/30 mpg.

Although the GT uses the same chassis and suspension as the 3 Series sedans and wagons, BMW tunes it more for highway stability and long-distance comfort than for performance-oriented handling, while still retaining some sporty driving dynamics. Both GT trims include the automaker's xDrive all-wheel-drive system as a standard feature, and the electromechanical Servotronic steering system provides precise control and good feedback while reducing weight and fuel consumption. In addition, drivers can adjust the GT's performance and suspension characteristics using the Driving Experience Control system, which includes Comfort, Sport, Sport+ and Eco settings. Drivers can also adjust the Dynamic Stability Control (DSC) system or turn it off completely. The 328i rides on 17-inch light alloy wheels, while the 325i gets 18-inch light alloy wheels. Both trims receive run-flat all-season tires. A variety of upgraded wheels are available.

Inside, the driver and passengers sit 2.3 inches higher than in the sedan, providing good visibility, and the rear seat offers 2.8 additional inches of legroom compared to the sedans and wagons, which leads BMW to tout the GT's long-range comfort and position it as a grand tourer. The rear seatback tilts at 15 different angles, further enhancing comfort, and easily folds flat to expand cargo space.

Users ranked 2014 BMW 3 Series Gran Turismo against other cars which they drove/owned. Each ranking was based on 9 categories. Here is the summary of top rankings.

Have you driven a 2014 BMW 3 Series Gran Turismo?
Rank This Car

Can you send me 10 billion by western union plz

Can I Replace Bmw 320i Gt Halogen Lights To Led/hid ?