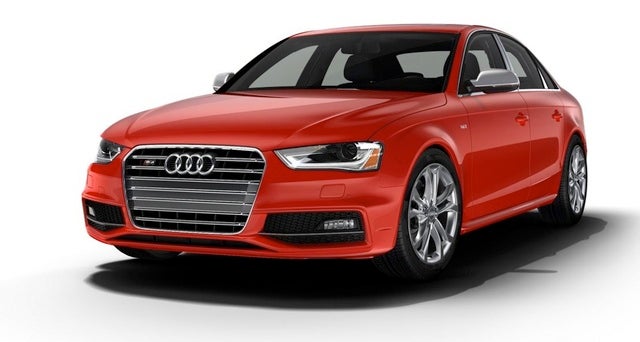 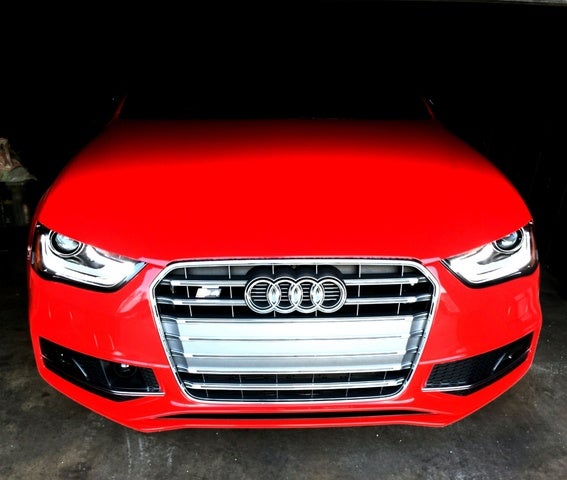 For years, the S4 sport-oriented sedan represented the height of performance in Audi's lineup. While it remains the automaker's best-selling vehicle, along with the A4 sedan upon which it's based, the S4 has lost some ground in the past few years, as Audi continues to roll out new RS-designated performance-oriented vehicles like the RS 5 and RS 7, which incorporate unique styling, track-tuned features and more power than the S4. At the same time, hot competitors like the BMW 335i continue to give the S4 a run for its money. But the S4 soldiers on, offering a potent blend of power, luxury and handling, as well as classic though slightly dated exterior styling.

For 2014, the S4 receives only a few minor updates. It again comes in a single 4-door body style at Premium Plus and Prestige trim levels. Audi makes its Drive Select system standard on the S4 for 2014 and offers a new optional Black Optic exterior package, which dresses up the S4's appearance with such features as a Black Optic high-gloss grille, glossy black exterior trim and 19-inch wheels with a Titanium Rotor design. Audi also makes its advanced key system standard on both S4 trims, and now offers its Side Assist blind-spot alert system as a standalone option on the Premium Plus. The system comes standard on the Prestige trim as part of its navigation package.

A number of features distinguish the S4 sedan from the A4, starting with its powerplant. While the A4 comes equipped with a 2.0-liter 4-cylinder engine, which receives a boost in hp to 220 for 2014, the S4 continues with its well-reviewed 3.0-liter supercharged TFSI 6-cylinder engine, delivering 333 hp and 325 lb-ft of torque at 2,900-5,300 rpm. While it takes the A4 more than 6 seconds to make the leap from 0-60 mph, the S4 reaches 60 mph in a very respectable 4.9 seconds. Audi pairs the 6-cylinder engine with a 6-speed manual transmission, although owners can opt for a 7-speed S tronic dual-clutch automatic transmission with a manual-shift mode. However, testers prefer the matchup of the manual shifter and the 6-cylinder, which creates a more visceral driving experience. Fuel economy numbers check in at 17 mpg city/26 highway with the manual transmission and 18/28 with the S tronic automatic. Audi recommends using premium fuel.

Other differences show up outside the vehicles. While both the A4 and S4 display similar styling, the S4 gets a number of upgraded features, including HID headlights, LED taillights, heated power-adjustable auto-dimming side mirrors with memory and quad exhaust pipes. In addition, both S4 trims receive an S exterior package, which adds a platinum gray matte Singleframe grille, aluminum diffuser blades in the front and rear, unique mirror housings and a rear spoiler. Front and rear foglights, daytime running lights and heated windshield wipers are among the other standard exterior features. The upper level Prestige trim also gets adaptive HID headlights. While the S4's appearance remains attractive, some reviewers say it doesn't do quite enough to distinguish the vehicle from the A4 or properly convey its sport-oriented nature.

There are also a few differences under the skin. The A4 sits on a standard Audi suspension and shares its 5-link front configuration and stabilizer bar with the S4, but in the rear the S4 receives an upgraded setup with S sport suspension calibration for a tighter, more controlled feel. Both trims come standard with Audi's quattro all-wheel-drive (AWD) system, which splits torque 40/60 front-to-rear under typical operation. The S4's electromechanical speed-sensitive power steering system, introduced in 2013, delivers responsive control but can have a light feel at times, testers say. However, Audi's Drive Select system, now standard on the S4, gives drivers the option of changing the vehicle's ride and handling characteristics, thanks to Comfort, Dynamic, Auto and Individual settings.

Overall, the S4's engine and suspension combination provides a sporty driving experience, with precise handling, good road feel, plenty of power from the supercharged engine and a ride that successfully balances comfort and performance. Standard 18-inch S-design wheels with summer performance tires do their part to improve the ride. Optional 19-inch wheels are available, along with a rear sport differential, which distributes power to the rear wheels as needed to improve grip and traction in tight corners and when accelerating from curves.

A 10-speaker, 180-watt Audi sound system with a 6.5-inch color screen, SiriusXM satellite radio and an iPod port comes standard in the Premium Plus trim, while the Prestige upgrades to a 14-speaker, 505-watt Bang & Olufsen audio system. The Prestige also comes equipped with Audi's advanced key system and its MMI navigation system with a 7-inch color display and the new Side Assist system, which monitors blind spots. In addition, the navigation system includes Audi's Connect system, which provides in-vehicle WiFi and localized weather and information. Owners can add Side Assist as an option on Premium Plus trims. Other options for both S4 trims include Nappa leather upholstery and upgraded aluminum and black wood inlays.

Eight airbags, including knee and thorax side airbags, come standard in the S4, along with such expected features as electronic stability control, traction control and antilock brakes with electronic brakeforce distribution and brake assist. Audi also offers a new optional adaptive cruise control system, which uses long-distance radar to maintain an acceptable distance from the vehicle ahead. Although the 2014 S4 has not yet been safety-tested, the 2013 A4/S4 version was named a Top Safety Pick by the IIHS.

In addition to the BMW 335i, competitors to the S4 include the Infiniti G37, the Cadillac CTS, the Mercedes-Benz C63 AMG and the Volvo S60. Some, like the Mercedes, are more expensive, while others, like the BMW and the Infiniti, match the S4's performance but aren't quite as refined. In addition, the S4's quattro AWD gives it a leg up over some of its rear-wheel-drive competitors. Once again, the S4's overall balance, as well as its good value for its class, make it a car worth consideration, although it could use an exterior refresh in the next year or so.

tgspod asked a 2014 Audi S4 3.0T quattro Premium Plus Sedan AWD Car Selling & Trading In question about a year ago

If A Vehicle Has A Lien On It Can I Use Cargurus To Help Facilitate Payment...

How do I view the instant cash offer from the site. I saw it when I originally listed now I want to consider it again so how do i find the offer?

Body Of Premium Plus S4 Versus Prestige S4

I know on the A6 there is a difference in body kit between a Premium Plus and Prestige model. Is that the case for the S4s?