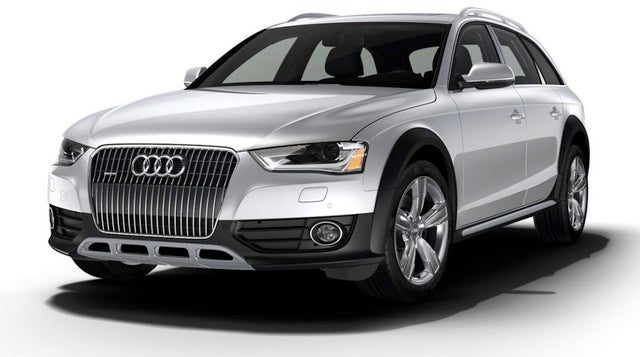 CarGurus has 370 nationwide A4 Allroad listings starting at $9,630.

Sometimes, the auto industry is like military artillery—you overshoot, you undershoot, and then you hit your target. In the SUV/family funster segment, the overshoot is easy to identify. Lincoln Navigators, Ford Expeditions and Cadillac Escalades all provide easy examples on that end of the spectrum. The 5-door Toyota Yaris or Mazda2 make up the opposite end of the pendulum. Fine cars, but too small for real family duty.

And here we find the target—the Audi Allroad. Spacious, efficient and capable enough to do the kind of moderate offroading that actually occurs in the real world. I’m not talking about climbing mountains for sun-drenched photo ops, rock crawls along picturesque beaches or even bounding through snowdrifts on your way to a secluded Scandinavian cabin. Think more along the lines of driving across an open field to get a spot close to your kid’s soccer game. Think gravel road on the way to the national park vacation you’ve planned. Think pulling fully up into your campsite on Labor Day weekend.

This is what the Allroad is for. Were it not for its too-high price tag, it’d be the perfect vehicle for the family just starting out. And in 2014, it’s even better than before.

Just a few years ago, that sentence would never have been predicted. The Allroad seemed doomed to demise alongside the rest of the SUV/crossover lineup being culled from Audi stables just as quickly as you could say “schnell.” For 2014 it returns on an A4 platform, and despite being based on a smaller model, the Allroad has grown in proportion and power.

Sadly, you won’t feel most of that when you’re behind the wheel. While the Allroad is definitely bigger than its original incarnation, a surge of safety features has taken up that extra room inside. This is especially noticeable in the rear, but you’re going to be stuffing the kids back there anyway, right? Same goes for the 2.0-liter turbocharged engine. Nine extra horses this year bring the total to 220, paired with a not-unsubstantial 258 lb-ft of torque—though this falls far shy of the 250-hp V6 or 300-hp V8 that previously powered the Allroad—enough to get you around and fast, but don’t plan any major hauling.

No, your main focus should be on getting the family where it needs to be—safely, comfortably and quietly. Audi can help there as well, as the Allroad provides one of the best suspensions in a crossover/SUV/wagon/shooting brake/whatever. Level, confident and even adjustable, the Allroad will provide spirited, safe driving with none of the drama of excessive lean and brake dive that can come with higher drivers. You even get skid plates for the occasional mishap or misjudged curb.

You’ll also get the option of utilizing Google Maps through a 3G connection, although this will add some dollars to your monthly bill. Don’t feel like forking over the extra dough so Google can keep tabs on your comings and goings? That’s fine. Audi’s MMI provides a more-than-capable infotainment system with navigation, along with standard Bluetooth and an iPod interface. In fact, the base Premium trim comes with plenty of amenities, such as a panoramic sunroof, automatic headlights, leather, automatic climate control, power front seats and more. Rivals such as the Volvo V70 may be cheaper, but don’t come with anywhere near the standard features—not to mention material and finish quality—and have to add functionality such as AWD. From there, the Audi only becomes a better value through the Premium Plus trim with its heated mirrors, power liftgate, memory for driver's settings and keyless ignition.

A navigation package will add a rear-view camera and parking sensors, voice control, HD radio and the aforementioned nav system. Collecting all this together, the Allroad Prestige trim adds a blind-spot warning system, adaptive headlights and a 14-speaker, Bang & Olufsen stereo.

Now if only the price would come down. Truly there are shortcomings with the Allroad, above and beyond the price. It’s not a true off-roader, it’s not going to win any races, and it’s not the most nimble vehicle when canyon carving. It’s not supposed to be. No, Audi has managed to create a vehicle that doesn’t try to satisfy every craving and fill every niche. Instead, they’ve focused on some very specific needs, and satisfied them fully.

Cars compared to 2014 Audi A4 Allroad

CarGurus has 370 nationwide A4 Allroad listings starting at $9,630.

my computer is still flashing all the symbols it flashed the night my timeing belt broke my car has no power hardly wants to make it up hill my power steering is leaking and since the engine swap i ...

I Want To Leave Positive Feedback On A Dealer And Carguru Who Put Me Onto A...