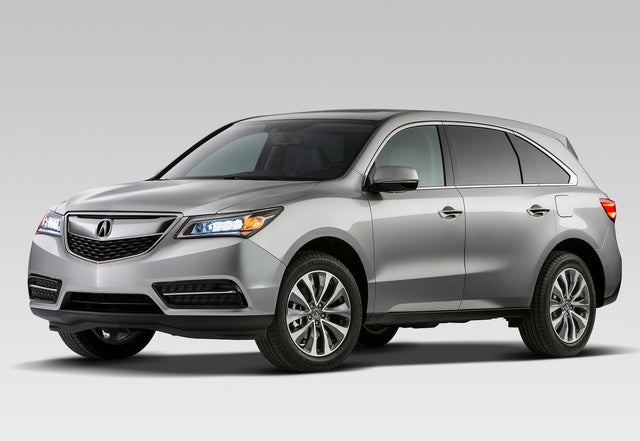 Users ranked 2014 Acura MDX against other cars which they drove/owned. Each ranking was based on 9 categories. Here is the summary of top rankings.

Have you driven a 2014 Acura MDX?
Rank This Car

The handling is great, lots of technology on the A-spec I purchased. The acceleration compared to my 4runner is not even comparable and the comfort is much better. The fuel economy is a bit lower, but... Read More

I absolutely love it… sporty with enough room for family! I’m in the process of purchasing it for myself! Read More

This is our 3rd MDX. We know the brand (also had 3 cars) so we know what to expect. The advanced package has all the features as standard that would be adders on comparable SUV’s. Try finding standard... Read More

Is a good car for family nice and big Read More

Top notch in luxury. Shifting is a little abrupt in the lower gears but it’s a smooth ride, especially for a 9 speed cross over (manual/automatic). I’ve read transmission problems are the most common... Read More

There are definitely some advantages to this vehicle. It tough trying to find the features and specifications for the price I want. Read More