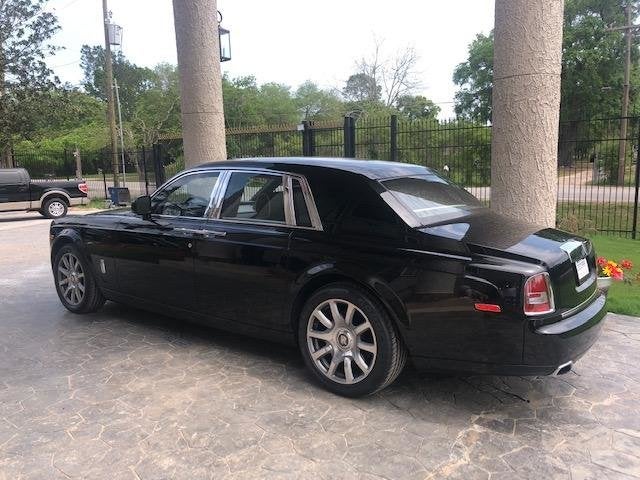 Rolls-Royce, the iconic brand that reinvented itself with the debut of the most recent generation of the Phantom back in 2003, unveiled a peek at the flagship’s buffed-up refresh. A decade on, the car, distinguishingly retitled Phantom Series II, still dazzles; the exterior redesign gives it a modern look while retaining its familiar silhouette. There’s a shiny steel highlight on the rear bumper, and the front end has been re-crafted with new, rectangular headlights cleft in two by a row of LEDs, its most distinguishing new feature. (Of course, the company left the classic Pantheon grille and its Spirit of Ecstasy figurine alone.)

But it’s doubtful that anyone who could afford one of these will actually drive it (this car caters to those who use chauffeurs), so the new car's focus is on backseat comfort and luxury. The sumptuous leather rear seats have been reconfigured to be more ergonomic and offer a slightly elevated view (by 18mm) of the world (silently) rushing by.

In the front, the classic analog clock reminds us of the car’s elegant ancestry; with the press of a button, it flips to reveal a new 8.8-inch screen displaying 3D maps, bringing it to the forefront of technology. (Speaking of advancements, the old-school telephone cradle of the old Phantom has finally been replaced by a smartphone interface, along with USB and auxiliary inputs and 12-volt power sockets.)

New safety features include the addition of 5 cameras strategically placed around the vehicle to help your driver effortlessly glide the craft in and out of tight situations with nary a scratch. And its state-of-the-art ISIS (Intelligent Safety and Information System) uses measured braking, stability control and traction control to keep the boat upright and its passengers unharmed.

And it is infinitely configurable. A limitless range of colors and bespoke options such as a humidor and umbrella holder make each Phantom Series II unique. And yet, black-on-black is still the most popular configuration. (Those sheiks have no imagination!)

The meticulously imagined, designed and assembled new Phantom hasn’t strayed much from its origins, but Rolls-Royce's nips and tucks have made her a new lady.

What's your take on the 2013 Rolls-Royce Phantom?

Have you driven a 2013 Rolls-Royce Phantom?
Rank This Car