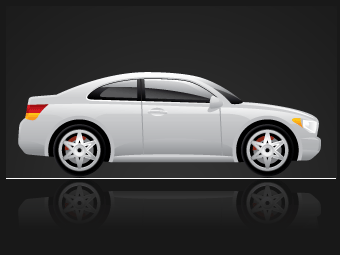 A tried-and-true European staple is finally making its way to this side of the pond, and it's getting an up-do for the occasion. Nobody quite knows why Mercedes-Benz kept the B-Class from American compact fans for the last 7 years—perhaps someone told them to go big or go home, and like any stranger in a strange land, it took a while for the sentiment to sink in. Whatever the reason, the completely overhauled B-Class may be the smallest body the company makes, but it is no less a titan in technology, safety and efficiency given its 2013 tweaks.

The B-Class as rumored glaringly differs from what drivers have come to expect from its maker in just two areas. For one, 2-liter 4-cylinder efficiency-centric compacts are not what American drivers jump to when they think Mercedes-Benz, and second, even the rumored powerplants are sub-200 in hp and torque—for now, because the B-Class differs in one more way, but less obviously so. This completely new platform debuting in the 2013 B-Class is specifically designed to be ready for future innovations and greater diversity, so Benz made plenty of room for things like shoehorning in a bigger engine for an AMG edition and expanding the wheelbase on the sandwich floor for a station wagon, crossover and sedan body atop the same chassis. This is only a beginning and one that has been in the works for nearly a decade.

For instance in 2002 Mercedes-Benz began testing its hydrogen F-Cell engine, and the B-Class became the small-run guinea pig when Benz released just 200 of them to select customers around the world in 2008. As such, the 2013 chassis allows for various forms of clean power, but there are no reports just yet as to whether that impacts the structural integrity at all like a bare-bones MINI Cooper. Knowing Benz, likely not, especially since this B-Class is taking the care to introduce new safety equipment into the compact segment—like PreSafe, radar-based Collision Prevention Assist with Adaptive Brake Assist and basically every other "Assist" the company makes—while simultaneously achieving a drag coefficient just two-tenths less slippery than that of a C-Class coupe, though there's reportedly a Sport package to take care of that last smidgen of improvement.

The States-side lineup is still a bit fuzzy, but the most likely of the bunch is a lone 156-hp 2-liter 4-cylinder mated to a 7-speed dual-clutch automatic, although a 6-speed manual is a probable option. Diesels and 1.6-liter editions might come this way later, but as in any case the specifics will change to suit this market better. Those engines top out around 40 mpg with slightly less than rip-roaring performance, having zip-to-60 times in the 5-to-6-second range, but the suspension was always stellar, and it was even improved for the 2013 American debut. Like the Euro-specs, all engines are expected to feature the impeccable Start/Stop fuel conservation system, but very few specifics are available just yet.

What's your take on the 2013 Mercedes-Benz B-Class?

Have you driven a 2013 Mercedes-Benz B-Class?
Rank This Car 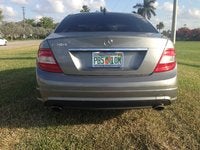 Why Are You Showing Me Wagons? I Am Looking For A Travel Van.

We own a B250 with OEM rims. The wife was told that one rim is bent, but she can't just buy one, she has to buy two of them. Is it just me, or does this sound like nonsense to anyone else? If it we...