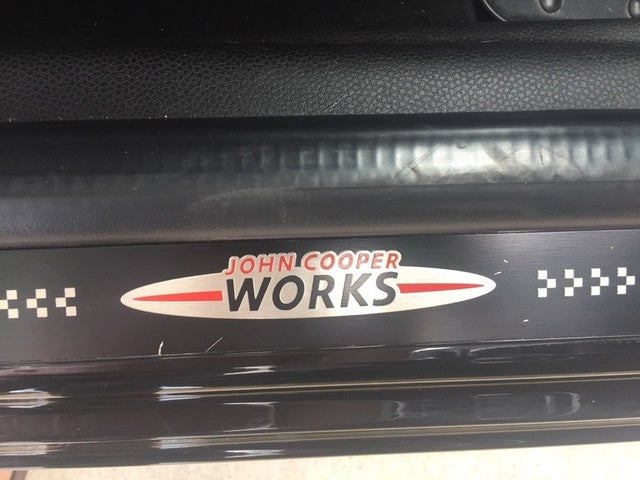 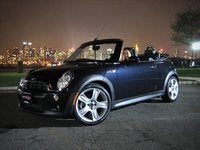 Moving into 2013 from its 2012 debut, the 2-passenger MINI Roadster carries over with Bluetooth, a semi-automatic roof and rear wind deflector now standard across the board. Sirius satellite radio is swapped out of the standard features list and into the Technology options package, netting about a thousand-dollar price increase over the 2012 editions.

Drivers have no complaints at all, unless you count buyer's remorse a complaint. No, they don't regret getting a Roadster—they regret having once been the owner of a Mazda Miata, BMW Z4 or Ford Mustang GT back in the dark ages before the Roadster, because the Roadster offers a breed of thrill and joy those cars just can't match, bigger engines and all. Sure the 1.6-liter 4-cylinder engine pumping out 121 hp and 114 lb-ft of torque for the base MINI Roadster Cooper may not sound like much, but its standard 6-speed stick gets it up to 60 mph in 8.7 seconds. The paddle-shiftable automatic is a bit slower for 10 seconds to 60, but either transmission will fetch 27 mpg city/35 highway. That puts the baseline Cooper on the same level with the competition's most powerful engine choices in their compacts.

Moving up to the mainstream favorite Roadster Cooper S, the turbo tweaks on that engine give 181 hp and 114 lb-ft of torque for an arrival at 60 mph in less than 7 seconds. Fuel economy is barely touched for 27/35 with the stick or 26/34 with the automatic. The John Cooper Works (JCW) turns up the turbo for 208 hp and 192 lb-ft of torque, hitting 60 mph in 6.4 seconds with its sole manual transmission choice. Fuel economy nudges down a bit to 25/33 for the privilege, but 28 mpg in mixed driving is still on-par economy for a compact car, let alone a compact with this much zip!

The Roadster differentiates itself from the MINI Convertible by having a single-layer folding fabric top, just 2 seats and 8.5 cubic feet for cargo, whereas the Convertible offers 4 seats, 6 cubes, a twin-layer fabric top and just generally a bit more refinement simply from being in the real world a bit longer. The standardization of a power-assist top and wind deflector for 2013 stand as testament to this, because the Roadster was somewhat uncomfortable without those conveniences. Alongside the still-optional rear parking sensor to relieve the congested outward visibility, some things are simply a must-have for Roadster drivers, and that sensor may well become standard in all eventuality, too.

That would leave a smoother ride and quieter cabin last on the list of criticisms by magazines, but Roadster drivers don't seem to care about such things. True lovers of the road don't mind being jarred around by it every now and then, and the Roadster is definitely a road lover. The base Cooper offers the most balanced ride, while moving up the trims makes the ride progressively more stiff and bumpy, but no less controlled, agile or fun. To be sure, the MINI Roadster is no land yacht—it's built purely for giggles and thrills, and it delivers.

Have you driven a 2013 MINI Roadster?
Rank This Car

I Have A Mini Roadster But The Drivers Seat Seems To Be Wet When Ther Is A ...