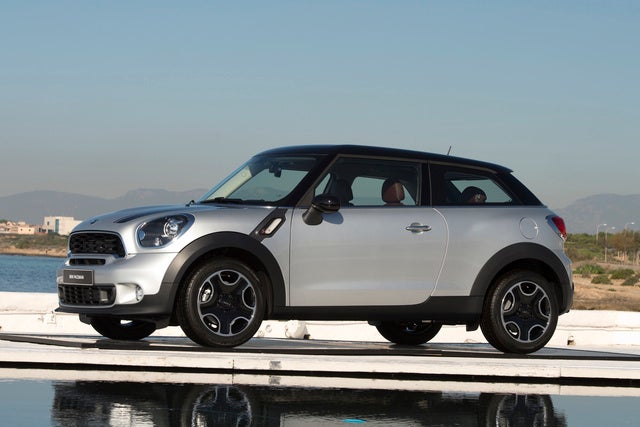 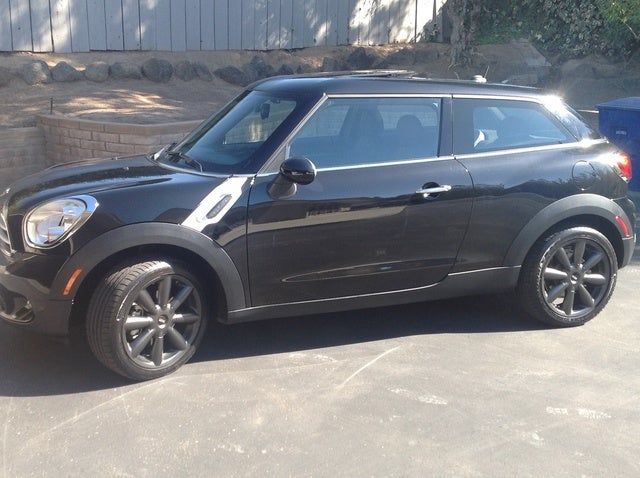 The all-new 2013 Cooper Paceman differs little from the expectations set by its MINI brand name, serving more as a preview of the anticipated all-new 2014 Cooper than the previously promised entirely new kind of car. Essentially a snazzier and more efficient MINI Countryman, the Paceman knocks off 2 doors and 2 cubic feet in max cargo capacity in favor of a sleeker design that improves rear legroom, zip-to-60 times, fuel economy and overall handling. The result of all these shifts could launch the Paceman into mainstream appeal—if it can withstand the real road test.

So far slated to launch in Cooper, Cooper S and Cooper S All4 trims for 2013, the Paceman might wait to add its high-performance John Cooper Works (JCW) version until the rest of the Cooper lineup takes on a redesign for 2014. Losing about a half-inch in headroom and some 2 inches in overall height compared to the Countryman, the Paceman's retuned electronic steering does best for the All4 and likewise all-wheel-drive JCW—otherwise it's prone to steering that jerks with the engine and responds when it chooses to, but some drivers don't mind. Especially not when it comes to fuel economy and fun. This could be MINI's big hit if the Paceman's steering feel doesn't take a big chunk out of driver expectations.

Although the wheelbase, standard features and options lists, transmissions and engines all carry over essentially unchanged, the Paceman's redesigned chassis and suspension switch up the specs and benchmark tests favorably, for the most part. Reining in cargo capacity to 38.1 cubic feet helps the base Paceman get to 60 mph 0.3 seconds faster than the very same 1.6-liter inline 4-cylinder engine (with 121 hp and 114 lb-ft/torque) powers the base Countryman Cooper to 60, in 8.9 seconds. It supposedly suffers by 4 mpg in the city, but this Cooper otherwise gets the best Paceman highway economy at 23 mpg city/37 highway.

The rest of the lineup is so far estimated at 30/35, which would be a distinctly marked improvement over the 26/32 for the Countryman S or 25/31 for the Countryman S All4. Translated into performance, Paceman S and S All4 trims gain a few pound-feet of torque for 181 hp and 192 lb-ft in this version of the turbocharged I4 engine, but the All4 reportedly slips down 0.2 seconds to a 7.5-second arrival at 60 mph. The S otherwise sticks to its 7 seconds, but even losing a bit of speed with all-wheel drive is impressive if the rumored 30/35 economy proves accurate—even with premium fuel.

Performance aside, the inside is where you might catch a glimpse at the 2014 Cooper redesign. Consoles and dashes are almost entirely redesigned in the Paceman, most notably moving the window switches from the cumbersome center stack to the door panels. Some of the restyled interior is surely reserved only for the Paceman, but ergonomics improvements like that usually carry over and, dare I say, usually show up first in a company's flagship car. Declaring one could be huge for MINI, but the Paceman would first need to deliver as a volume favorite—and that might take more than a predictable location for window switches and some power shuffles. That said, keeping its vast array of customizations and the choice of a 6-speed manual or automatic transmission anywhere in the lineup certainly doesn't hurt.

What's your take on the 2013 MINI Cooper Paceman?

Have you driven a 2013 MINI Cooper Paceman?
Rank This Car

HOW MUCH WOULD IT COST TO REPLACE THE PASSENGER SIDE HEADLIGHT PLASTIC COVE...

THERE'S A CRACK IN MY FRONT PASSENGER SIDE HEADLIGHT COVER CASING...I HAVE A 2016 COOPER PACEMAN. WHAT'S THE COST TO REPLACE?

OK .....is this safe to drive in a snowstorm to the Laurentians in Quebec in February from Burlington, Vermont ????

Why No Temp Gauge In Mini Cooper?

My 2013 mini paceman doesn't have a temp gauge. Just warning light. Had I known before the 11th hour my car was so hot, I'd have stopped! Now, new radiator, headskets/engine! Big bucks. A temp gau...