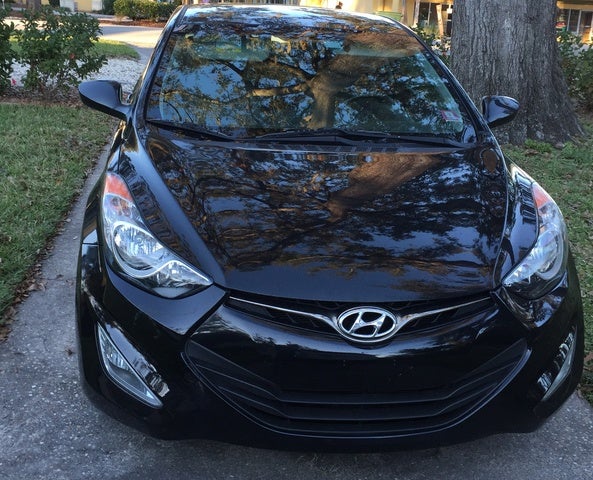 Boldly going where other manufacturers have fled, Hyundai introduces the 2013 Elantra Coupe. Aiming its sights squarely at the Honda Civic, this frugal-yet-sporty compact is stylish and may get some attention in this dwindling segment largely dominated by Honda.

But the car seems to lack true substance. Basically, it’s the 4-door sedan trimmed to 2. Not that the sedan is a bad thing—after all, it was named 2012 North American Car of the Year. Hyundai is wisely using it as the underpinnings of a new generation of vehicles. And manufacturers seem to be forgetting that some people don’t want or need 4 doors. At least Hyundai is giving them a new option.

Both the Elantra Coupe and the sedan use the same wheelbase and 1.8-liter 4-cylinder engine that makes 148 hp and 131 lb-ft of torque. And aside from a few cosmetic tweaks in the front, their faces, based upon Hyundai’s Fluidic Sculpture design, are almost identical as well. However, three unique colors—Monaco White, Black Noir Pearl and Volcanic Red—will be exclusive to the Coupe and help it stand out from the pack. The Coupe also will be 0.4 inches longer than the sedan.

Two trims will be available—the GS, fitted with 16-inch alloy wheels, and the SE, which is calibrated with a sportier suspension and adds 17-inch wheels. Both will have front-wheel drive and come standard with a 6-speed manual transmission; an automatic transmission will be optional. The Coupe is estimated to get an impressive 29 mpg city/40 highway with the manual and 28/39 with the automatic—better numbers than the Civic's.

The interior is surprisingly roomy and comfortable, with bigger passenger and cargo volumes than the you-know-what. Standard for all trim levels are a USB port, 6-speaker stereo system, keyless operation, sunroof, Bluetooth and heated seats. A 7-inch touchscreen with navigation is available. Color-wise, Hyundai is keeping it simple, with only black or grey available as options. It’s an economy car, after all, and the company isn’t afraid to tout that.

As far as performance goes, the numbers seem to show the Elantra Coupe will be in the middle of the pack—ahead of the Civic, but behind the Kia Forte Koupe, its other main competitor. Still, its newness may get it some attention from the frugal consumer looking for a change.

What's your take on the 2013 Hyundai Elantra Coupe?

Have you driven a 2013 Hyundai Elantra Coupe?
Rank This Car

HOW DO I CHANGE MY INCORRECT EMAIL ADDRESS YOU HAVE?

Does anybody know what is the function of the button with a book sign on the Elantra’s CD player ?

Car Is Jerking, What Could Cause This?

So my car recently started jerking while I’m at a complete stop and sometimes while driving. It’s not a heavy jerk but it’s enoufh that I can feel it. My engine light is not on but I have been told...