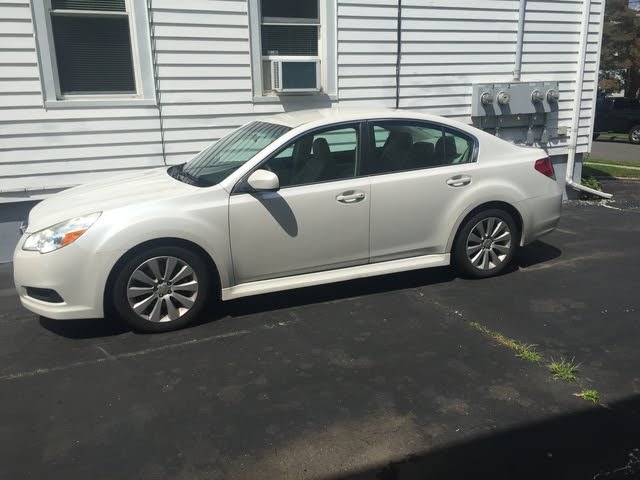 The 2012 Subaru Legacy with its standard AWD continues to be a crowd favorite when it comes to dealing with all sorts of rough-riding conditions.

The 2012 Legacy does not boast great fuel mileage numbers, and the fact that a manual transmission stands as the only option for the sportiest car in the line, the 2.5GT, holds the vehicle back.

Folks in the south and warm-weather climes, who may wonder what all the fuss is about, would not if they had a chance to watch the sure-footed 2012 Subaru Legacy slice through the snow on its way to a ski area while loaded up with toys for the weekend. That said, the Legacy’s AWD hurts its fuel economy numbers, and if that nice grip is not necessary, there are plenty of other options to consider in this crowded field.

The Subaru Legacy has always dared to stand apart from its competitors a bit in the busy midsize sedan world, and it keeps that mode of independence in its 2012 version. The 2012 Subaru Legacy sticks with the all-wheel-drive (AWD) approach that makes it a particular favorite in regions of the country that must deal with nasty weather and dastardly driving conditions. Most of the vehicles the Legacy goes up against offer front-wheel drive and have AWD thrown in as an option in some instances.

The 2012 Subaru Legacy also generally scores points for its reliability and roominess – especially after a redesign picked up a few inches of interior and legroom room a year ago – along with the fact that it can be set up in various ways, including with three engine options.

With a mid-cycle update due for 2014, likely leading to a makeover for 2016, little has changed for 2012 with the Legacy, but Subaru did give it a new audio system in the upper trim levels. The trim levels begin with a 2.5i and run up to a 2.5GT Limited. 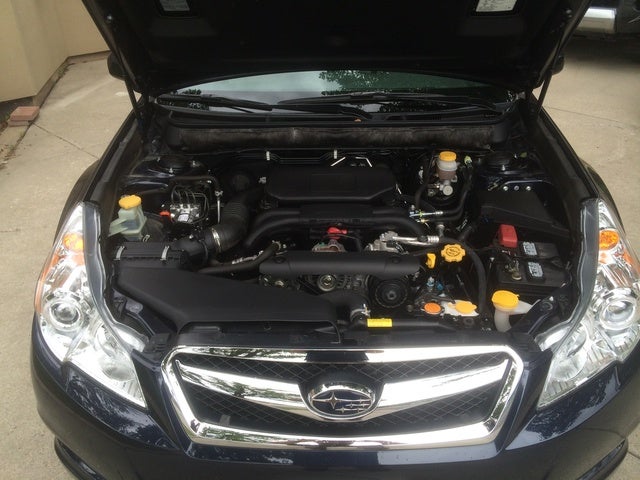 Subaru starts the 2012 Subaru Legacy trim line out with a 2.5-liter, 4-cylinder, horizontally opposed (also referred to as a “boxer”) engine that is good for 170 hp and 170 lb-ft of torque. The automaker sets the 2.5i and its 2.5 Premium up with a 6-speed manual transmission as standard. A continuously variable transmission (CVT) is standard in the 2.5i Limited and available on the previous trims. The manual gets 19 mpg city/27 mpg highway, and the CVT boosts those numbers nicely to 23/31.

A turbocharged version of the base 4-cylinder engine powers the 2.5GT and gets 265 hp and 258 lb-ft of torque with fuel mileage numbers at 18/25. Reviewers decry the fact that the only transmission available in the 2.5GT is the 6-speed manual, believing that trim ought to offer an optional automatic.

The 2012 Subaru Legacy holds the road with the best of them, though folks who have to deal with deep snow on a regular basis or are looking to get off the road a bit might be wise to check out Subaru’s Outback wagon/SUV, which sits higher and is better equipped to deal with those challenges.

The Legacy offers a smooth ride to go with precise steering and handling. Some reviewers find the Legacy relatively sporty for the midsize sedan class, and owners call it fun to drive, but others feel that, while comfortable for a long haul, it’s not very exciting on the road.

The 2.5GT should be the most fun of the lot, they note. But a suspension that is tuned similarly to that of other trims and the manual-only transmission setup that eliminates a segment of drivers take the punch out of the 2.5GT, some feel.

The 2012 Subaru Legacy racks up some of its best marks from the experts with its roomy and comfortable cabin. The Legacy seats 5, and its most recent makeover gained the interior a few much-valued inches of leg- and headroom.

The cabin is as quiet as that of most entries in this class, some reviewers feel, and they also call the front seats and cushions among the best in the class. The back seats draw their share of praise for comfort and space as well. In addition, those assigned to the back find it easy to get in and out.

Reviewers also like the 2012 Subaru Legacy’s straightforward and uncluttered dashboard and easy-to-use gauges.

There are those, however, who feel the Legacy's interior may look classy, but contains an overabundance of hard plastics. Other critics feel the navigation system is difficult to run and are not impressed by the quality of the sound in the base audio system. Some also don’t like the fact that the Legacy’s technological offerings, like iPod control and streaming Bluetooth audio, are available only on the higher trims.

The 2012 Subaru Legacy earns high marks in government and insurance industry crash tests. It’s a top safety pick in IIHS tests with Good grades for front, side, rollover and rear collisions. It gets five of five stars in NHTSA rollover tests and is not yet rated for front and side collisions.

The 2012 Subaru Legacy starts out with a safety head start, given its AWD that helps drivers keep their vehicle on the road in tough conditions. The Legacy also features stability and traction control, front side airbags and side curtain airbags along with antilock disc brakes.

The 2012 Subaru Legacy scores well in the eyes of owners. They not only appreciate the ability of its AWD to get them where they want to go and note how well it gets them through snow, but many are apt to describe the Legacy as sporty and fun to drive.

Some have come from other brands and express surprise at what they have found in the Legacy. They tend to rave about the comfort of the Legacy’s ride, its seats and its roominess, and overall note Subaru’s reputation for build quality, reliability and resale.

Owners of the 2012 Subaru Legacy do quibble with a few particulars about their vehicles. They take issue with some controls, for instance with the sound system, and find the opening to the trunk a bit small. But owners themselves point out that those are minor inconveniences put up against the Legacy’s positives.

Users ranked 2012 Subaru Legacy against other cars which they drove/owned. Each ranking was based on 9 categories. Here is the summary of top rankings.

Have you driven a 2012 Subaru Legacy?
Rank This Car

Philjenkins asked a 2012 Subaru Legacy 2.5i Limited Maintenance & Repair question about a year ago

What year trans is interchangeable with my 2012 Subaru Legacy Limited

Warning lights hell... Since 2012 on a new Legacy... Problem never goes away. Frustrated with empty wallet in Vermont.

On the left side of my car there is a rattling noise that occurs everyday and usually occurs in the mornings and when the car is cold. It goes away for awhile and then comes back. It is near my pan...

Guru7ZM6F asked a 2012 Subaru Legacy 2.5i Premium Maintenance & Repair question about a year ago

Where Is The Thermostat Housing On 2012 Subaru Legacy 2.5 Non Turbo.

65 views with 1 answer (last answer about a year ago)