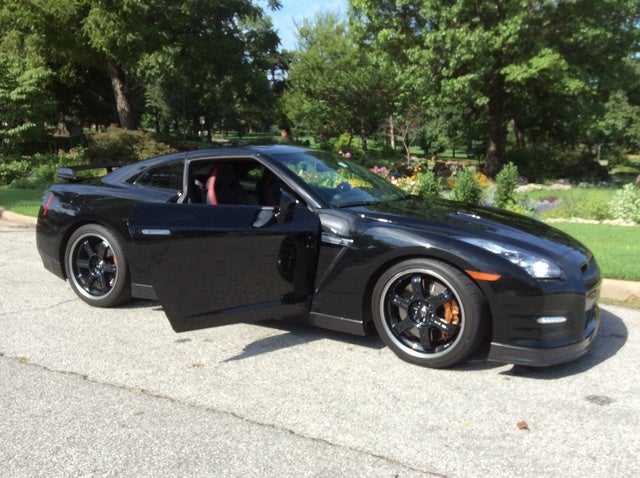 When the Nissan GT-R first debuted, it was ceremoniously dubbed Godzilla. This was wrong for two reasons. First, "Godzilla" is a parable about western influence over Japan and the aftermath of the atomic bomb, with the great monster rising from the depths to invade Asian shores. The GT-R is certainly a monster, but it’s American shores it decided to stomp all over. Second, Godzilla dies at the end of the first movie, and certainly nothing can kill the GT-R.

With this, the first “update” to the mad monster, it seems Godzilla is raiding again, and just like in the sequel, this time there’s no way to kill it.

GT-R chief engineer Kazutoshi Mizuno always considered the first iteration to be a bit of a practice run, promising the “real” GT-R would arrive later. It seems he’s now happy with his creation. While the changes are small, the effects are big – big enough to drop 0-60 times down to 2.88 seconds. That’s fast enough to start causing blackouts in unsuspecting passengers. Power was bumped up 45 hp and 54 lb-ft of torque for new totals of 530 and 488, respectively. Those are massive number from a 3.8-liter V6, even with two turbos. Despite this, economy has increased as well to 16 city mpg/23 highway, with a combined 19 mpg, thanks to the tweaking and tuning the GT-R has received.

That comes in the form of ECU tuning and revised valve timing, as well as hardware upgrades like a larger intake and a redesigned exhaust system. To help bring things to a stop, there are now larger 15.4-inch front brake rotors (replacing 15-inch units from last year), lighter and stiffer wheels, and a carbon composite front strut bar to increase torsional rigidity.
Aerodynamics were attended to as well, and new louvers in the front splitter channel cool air to the radiator and front brakes, while a new rear diffuser and further cooling upgrades can be found as well. This all increases downforce while decreasing drag coefficient and fuel consumption. Not a bad bit of changes at all.

If that wasn’t enough, the interior got some attention too, with Nissan looking to make the GT-R more visually representative of its monumental pricetag – which only continues to climb. That means a new carbon-fiber center stack, matte-black switches and a massaged instrument panel surround. Buyers who are trading in their 2011 GT-R will also notice reshaped front seats. On top of all that, the new GT-R Black Edition upgrades even further with lighter blackout wheels, a black and red interior, and leather Recaro seats.

Yes, it’s the GT-R that Mizuno always wanted, but it’s not sticking around for long. Nissan plans to switch to a new platform after 2013, and who knows what will rise out of the depths on that day? Hopefully the new version will offer a traditional manual as opposed to the dual-clutch system the GT-R gets, and a bit of weight shaved off this 3,900-pound behemoth wouldn’t hurt either. But then, Godzilla was never known for being svelte.