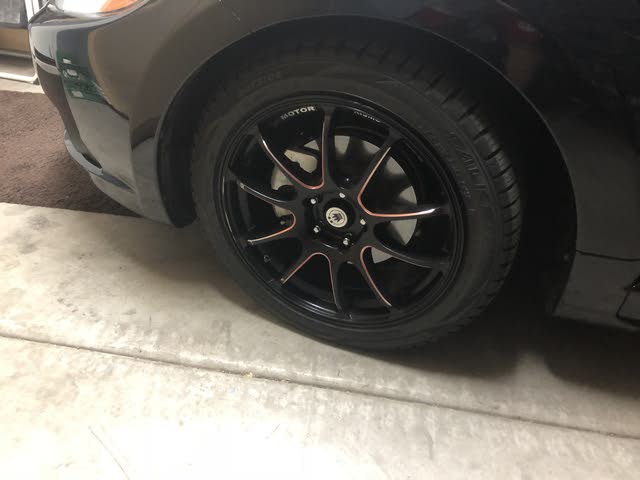 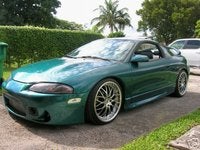 The issues with the Eclipse have always been power and price. The 4-cylinder options have always been underpowered – except when fitted with a turbo – and the V6 options have always bumped the price into Mustang territory. For that money you’d get more power and rear-wheel drive (RWD) with the Mustang, two options that actual sports-car enthusiasts seem to prefer for some reason. It's a shame Mitsubishi never figured that out. Citing poor sales and shifted focus, Mitsubishi has decided to cancel its hefty little front-wheel-drive (FWD) sports coupe, and for its last year of production, things are little different.

To inaugurate the Eclipse’s demise, Mitsubishi planned… not much, actually. It planned to offer a Special Edition that wasn't all that special, but Mitsubishi decided not to produce it at the last second without telling anyone. So the Eclipse coasts into the classifieds with little pomp or circumstance. With GS, GS Sport and GT trims, the Eclipse even tries to sound sporty and fast, but mostly fails to deliver. The GS trims get a 162-hp 4-cylinder engine paired with a 5-speed manual or an archaic 4-speed automatic that kills the little engine’s already lacking acceleration. Around town, things are fine, but at speed you’ll be left wanting with anything but liberal input via the accelerator, which will make it hard to achieve the 20 mpg city/27 highway rating the 4-speed claims. The manual offers better control of the engine’s meager power as well as an additional mpg on the highway, but will require frequent gear changes to keep up. No shocker there, as the 162 lb-ft of torque offered don’t arrive until 4,000 rpm.

However the GT gets a 5-speed automatic and a V6 engine with 100 extra lb-ft and 103 extra hp, and it suffers from no such power or operational penalties, short of the drop in mileage to 16/24. It’s eager and capable off the line and at speed, but doesn’t offer a manual transmission as an option. More significantly, the price for the GT starts at just shy of $30,000. For that money, you could have a V8 Mustang with RWD and your choice of 6-speed transmissions. That’ll get you 412 hp, 390 lb-ft of torque and still deliver 17/26 mpg. For an apples to apples comparison, the V6 Mustang will give you 305 hp and 280 lb-ft of torque, plus it’ll top 30 mpg on the highway and costs only $23,000. No wonder the Eclipse is bowing out.

A special edition SE trim was supposed to mark the end of the Eclipse line with SE stripes along the rocker panels, as well as black mirrors and 18-inch wheels in dark gray. There were tech options inside, like a 650-Watt Rockford Fosgate stereo and heated leather seats, but it was only to be made available with the 4-cylinder engine and 4-speed automatic for some reason. Perhaps Mitsubishi realized just how far from special this all seemed. At any rate, even this paltry offering failed to manifest.

Some fizzle, some fade, and some just end. The Mitsubishi Eclipse has tried to win our hearts over the last 20+ years whether as a coupe, convertible or movie star, but it never really landed on solid ground. Its cancellation in 2012 comes with little fanfare and less protest, doomed to nestle into the corners of the classifieds reserved for those rare beasts that leave the majority of the car culture crowd asking, “Why?”

What's your take on the 2012 Mitsubishi Eclipse?

Carol I LOVE my 2012 Mitsubishi Eclipse, I just had to add more boost to the radio. I love the way it handles the road and it has enough excelleration for me. On a recent trip through the mountains on I 75 we got 29mpg. I really can't complain and I can't tell you how many times I get "love your car"! I don't understand why the makers didn't keep up with new technology for this fun cute about town car.

Have you driven a 2012 Mitsubishi Eclipse?
Rank This Car

Can any Lamborghini engine fit in a 2012 Mitsubishi eclipse gs I own aa 2012 and just ran into some money and can afford one just wondering if it will fit?

415 views with 9 answers (last answer about a year ago)

Is There A Chip In The Key That Will Not Allow Car To Start If Key Is Broke...

I have a 2012 Mitsubishi Eclipse GS Sport. I’ve been looking for a catback for the past year. I can only find a single pipe for my car but I have 2 exhaust mufflers and wanted to still have the air...