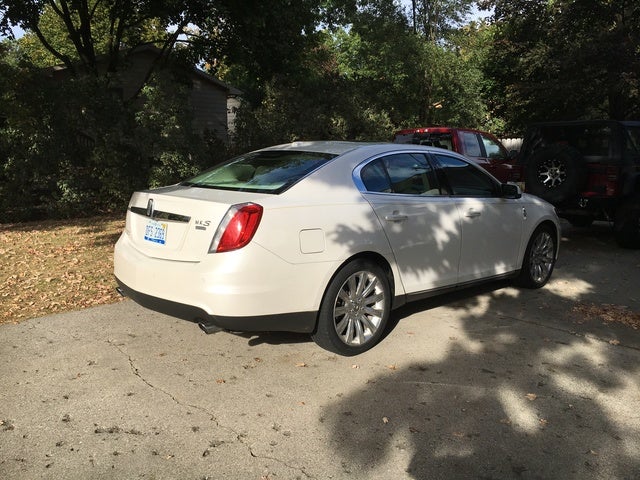 For 2012, the 5-passenger, 4-door Lincoln MKS has virtually no changes, adding only a blind-spot detection system to its safety features. With an impressive list of standard features, it’s easy to see why Lincoln has made minimal changes to its upscale luxury sedan.

The three trim levels available for the 2012 Lincoln MKS include the Base, Base AWD and EcoBoost AWD. The regular Base model is front-wheel drive (FWD), while the AWD trims are all-wheel drive and run on premium gasoline. The Base trims come standard with a 3.7-liter, 274-hp 24-valve DOHC Duratec V6 engine and a 6-speed SelectShift automatic transmission (with paddle activation) that achieves 270 lb-ft of torque. The EcoBoost AWD trim has a 3.5-liter 355-hp EcoBoost Twin-Turbocharged Direct-Injection V6 engine, also with a 6-speed SelectShift automatic transmission, that reaches 350 lb-ft or torque. The Base and EcoBoost trims are estimated to get 17 mpg city/25 highway, while the Base AWD is estimated at 16/23.

Handling-wise, the 2012 Lincoln MKS gets mediocre reviews from owners, who note that the sedan feels dull when taking curves in the Base trims. Adding the EcoBoost package, with its higher horsepower and torque, more than makes up for the other trims when it comes to handling. Owners, however, did note that all of the engines seem particularly loud, especially at higher speeds, and that the MKS's suspension seems awfully stiff for a luxury sedan.

For the price, when you take into account its impressive list of standard equipment, the 2012 Lincoln MKS does well when compared to competitors such as the Cadillac STS, Lexus GS and Infiniti M37. A major overhaul of the model is expected for the 2013 model year, so it remains to be seen what future improvements lie ahead for Lincoln’s luxury sedan.

Have you driven a 2012 Lincoln MKS?
Rank This Car

Is There A Way To Lock The Glove Box