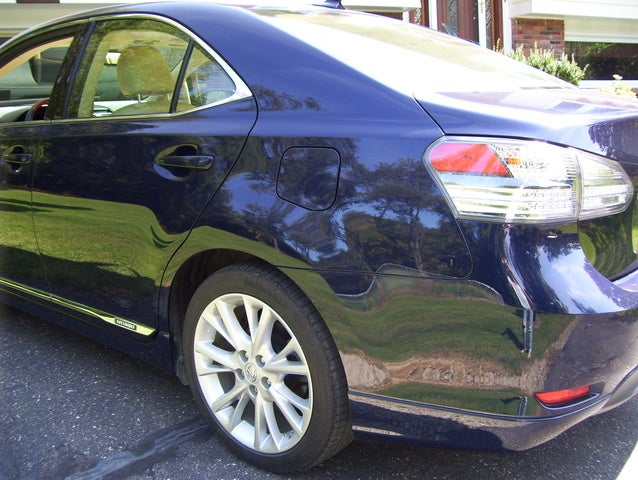 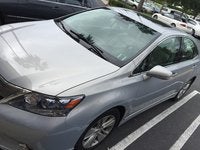 After an introduction in its home country that led to a 6-month waiting period, hopes were high for the HS 250h. Sadly, the same success wasn’t achieved in the U.S., with its ES, IS and LS brethren all outselling the dedicated hybrid. Some would blame this on its nebulous position as the middle child in the Lexus lineup, and a hybrid stepchild at that. Early recalls for the brake and fuel systems didn’t help, however, and now in its third year the HS 250h is hoping to finally prove itself.

That said, there doesn’t seem to have been much effort made to change minds. Perhaps this speaks to the confidence Lexus has in its eco-lux sedan, which it brags is the first to be designed from the ground up as a dedicated hybrid. For 2012, the only change we’ll see is Nebula Gray Pearl replacing Smoky Granite Mica as an exterior color. I can already hear the pre-orders clogging the pipes.

Slotting between the IS and ES in terms of size, this FWD, 4-door, 5-passenger sedan offers a 2.4-liter gasoline engine paired with a pair of electric-drive motors. While one does duty as a motivator, the second’s purpose is as a starter motor and generator. Dual overhead cams and variable valve timing on the intake and exhaust maximize efficiency and power, allowing for 147 hp out of the 2.4-liter engine. The electric motor provides an additional 40, allowing for a 60-mph run in a strained 8.4 seconds. Thankfully speed isn’t the primary purpose here. Efficiency is king, and the HS 250h has made every attempt to emphasize that. Front and rear spoilers, underbody ducting and side skirts are nods to aerodynamics that are partially responsible for the 0.27 coefficient of drag Lexus keeps bragging about, and mechanical efforts like an electric oil pump, electric steering and an exhaust heat recovery system all add to the cause.

In the same vein, a continuously variable transmission (CVT) offers additional efficiency, albeit with the added penalty of a reluctance to downshift. This is frustrating, especially in a supposedly “luxury” sedan. The overall character of the hybrid setup has the same downfall, with a rough delivery from gasoline and electric motors alike. Even with four selectable modes – Normal, Eco, Power and EV – things don’t improve, with Power providing a more aggressive throttle map but only highlighting the strained nature of the setup. Besides, even at its best the HS 250h manages a combined mpg rating of only 35. Is that supposed to impress?

Plus, for a luxury sedan the HS 250h doesn’t really handle with much luxury in mind. The steering is light and numb, the suspension is far too stiff and unforgiving, and engine, wind and road noise all seem to be constantly competing in some sadistic king-of-the-hill game.

The HS 250h is available in Base and Premium trims, and Lexus hopes their extensive standard features lists will overshadow their poor mechanical performance. Base trims come standard with leather upholstery and a leather-wrapped tilt and telescoping steering wheel, a full power package including sunroof and heated power mirrors, 17-inch alloy wheels and front bucket seats with 10-way power for the driver and 8-way power for the passenger. You’ll also get a 6-CD stereo with satellite radio, Bluetooth and USB, keyless access and start, and dual-zone automatic climate controls.

While the Premium trim will cost about 2 grand more than the Base, the options list can ratchet things up quickly. If you want the tech goodies that Lexus has been touting lately – pre-collision, lane departure and keep, adaptive cruise and a head-up display – you’ll be looking at another $4,000, with the $2,000 navigation system as a prerequisite.

Lexus can keep bragging about its “world’s first” dedicated luxury hybrid sedan and shout about its low drag coefficient, its recyclable batteries and its 30% plant-based plastics. It’s just not enough. If the consumer feels as though milestones like these were achieved at the expense of actual performance – and without managing a better combined mpg rating than 35 – sales will continue to disappoint. We want it all, Lexus, and right now you’re not giving it to us.