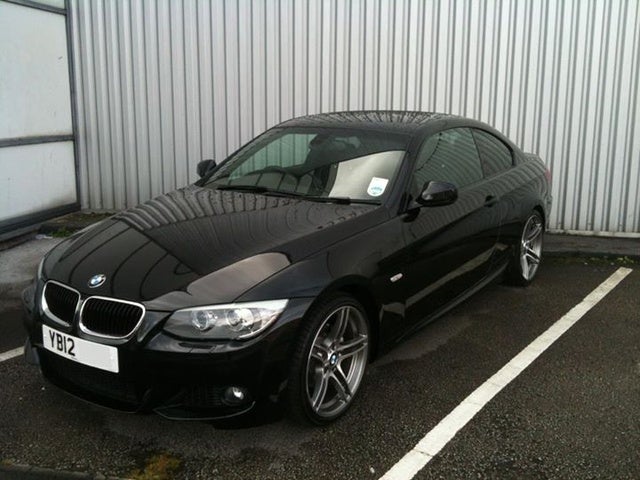 A new 4-cylinder base engine and electro-mechanical steering are added to a small list of complaints for the 2012 3 Series, including limited interior storage and a lengthy and pricey options list.

Regardless of how you feel about 4-cylinder engines, BMW's 3 Series has a long history of effectively using these engines (including in the original M3). Sales will tell whether buyers' memory stretches that far or if the inline-6 has replaced the 4 forever. Regardless, stick with the old hydro steering system to really soak up the 3 Series’ strong suit and enjoy all the joys that driving has to offer.

The 3 goes 4 this year with a new turbo 4-cylinder debuting for the 328i and four new “lines” showing up as different design flavors – Luxury, Modern, Sport and M-Sport, with the latter available only on the M3 (considered a separate model). There’s been an overall redesign here as well, with this luxury sedan growing longer, wider and even taller, following a path previously forged by the 5 Series. A glance at the front reveals headlights that stretch to meet the iconic kidneys and a bifurcated lower air intake. The front-end effect is reminiscent of the Z4, and BMW is even going so far as to describe it as “wedge-shaped,” but keep in mind this is BMW’s version of a wedge. Restrained wedge, perhaps?

Body descriptions aside, you can have your 3 Series as a 4-door sedan, 2-door coupe or convertible or 5-door wagon. Thanks to the increased use of high-strength steel, additional low-weight materials and the new 4-cylinder engine, the 2012 328i is claimed to be 88 pounds lighter than the 2011 and 10 percent more rigid, and that’s hard to argue with. Aerodynamics have improved as well, down to 0.26Cd from 0.29 last year, and new variable-output coolant and oil pumps further increase efficiency. Additionally, a surround-view monitor and hands-free parallel parking are newly available features this year as well. 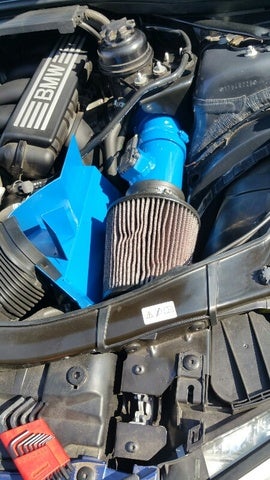 There will be complaints—count on it. The inline 6 has become almost as synonymous with the 3 Series as rear-wheel drive, but that’s not a given anymore either. Don’t forget, the 3 Series originally came with some impressive 4-cylinder offerings, and this certainly lives up to history. Direct injection, faster Valvetronic timing and lift and forced induction mean this 2.0-liter mill offers more power and less weight than the outgoing 6—10 more horses and 60 more lb-ft of torque that show up 1,500-rpm earlier, to be precise. Complain about that. Moreover, the twin-scroll turbocharged 4’s lighter weight contributes to a perfect 50/50 weight distribution in the 328i, and nothing says 3 Series better than that.

However, the 2.0 suffers from the same shortcoming as nearly all 4-cylinder engines – it sounds like a 4-cylinder engine. It’s not that the engine is rough–BMW fitted it with some balance shafts and a dual-mass flywheel to combat that very thing–it’s just not an inline 6. If that’s what you’re looking for, the familiar and creamy-smooth 3.0-liter turbo 6 is still powering the 335i, with 300 showing up in the horsepower and torque columns alike. Both engines come standard with a 6-speed manual transmission, but a new 8-speed automatic is an option, and both come with standard stop/start for extra economy. Official figures for the 2.0 haven’t been released yet, but estimates show a combined rating in excess of 30 mpg.

The 3 Series is the high water mark for handling. This year they’ve made it lighter and more rigid. Shall we move on? Well, no. While the improvements that come along with dropping almost 100 pounds are untouchable, not to mention the increase in high-strength/low-weight materials, there are some problems. Electro-mechanical steering shows its horrific visage here, and the results are less than optimal. It’s not a horrible system, but it’s surprising that BMW would be willing to come to the table with something as quirky as this. Thankfully the old hydro system is still the base setup.

The electric option has a variable-ratio setup, moving from 14.5:1 at center to 11.2:1 when moving past 100 degrees in either direction, but the transition is not smooth when the g forces increase, and the feedback with regard to road inconsistencies is nearly eliminated. For those unfamiliar, neither is a good thing. The changes here are undoubtedly an attempt to mitigate the loss in agility that comes with stretching the wheelbase, but with these negatives I’d prefer to keep the heftier steering that comes with the old system.

The big news in the 3 Series cabin this year is the new “lines” BMW has rolled out as design options. Luxury, Modern or Sport, each comes with a mildly distinct aesthetic flair. Sport will get you additional black exterior trim, leather or leatherette with red piping and stitching, a black headliner with red interior accent trim and a suspension lowered by 10mm. Luxury replaces the gloss black and aluminum trim from the Sport line with inlayed wood and chrome, including the grille and surrounds, and the leather upholstery gets a unique seam pattern and contrast stitching. Modern builds only slightly on Luxury with matte chrome exterior trim and your choice of aluminum, pearl metallic or textured wood interior trim. The dashboard and steering wheel have also been finished in “dark oyster.”

Interior space has improved here thanks to the stretching, especially in the back seat. Regardless of trim or line, you’ll get plenty of features like dual-zone automatic climate controls, heated power mirrors, hi-def radio with Bluetooth and USB, a 6.5-inch color display for iDrive and automatic headlights. Moving up the range, you’ll get treated to power seats, a memory system, power sunroof and steering-linked adaptive xenon lights, although many of the features are contained in the options list, and that can raise the price quite quickly.

A more rigid unibody is certainly a safety feature, but the focus here is on more visual aspects of safety. 4-wheel antilock discs, traction and stability control, braking pre-load and disc drying, and 8 standard airbags in coupe, sedan and wagon. Convertibles only get 6 standard bags, but the front-side airbags extend up further in the convertible, and they’re accompanied by pop-up rollover hoops. National Highway Traffic Safety Administration tests have not been released for 2012 yet, but last years’ tests showed 4 stars out of 5 for frontal collisions and 5 stars for side impacts. Insurance Institute for Highway Safety showed similar results, with front and side impacts garnering a top Good rating for everything but the convertible, which achieved a Marginal score for side impacts. 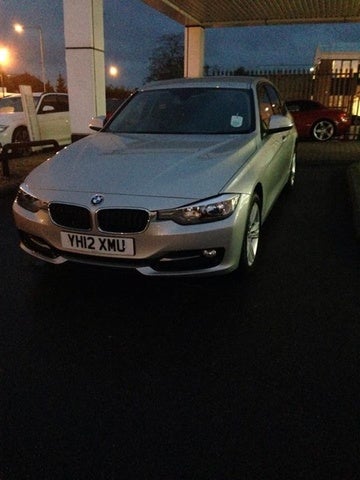 As contentious as any redesign can be–especially for as stoic a model as the 3 Series–it’s nothing compared to the chatter that surrounds the decision to dump the 3.0-liter inline 6 for the 2.0-liter 4. There’s nary an engine in the world smoother than the NA 3.0-liter inline 6 that’s powered BMWs in one form or another for decades. It will be missed. But the new 4 is more powerful with a more useable band, more efficient, lighter–and that’s usually enough to quell dissent. However, it’s also nowhere near as smooth, especially at idle. Electro-mechanical steering has seen the same response, with most preferring the feel of the old system.

Users ranked 2012 BMW 3 Series against other cars which they drove/owned. Each ranking was based on 9 categories. Here is the summary of top rankings.

I can drive my Bmw 328i 2012 for 20 min and then it gives me a Fuel Pump malfunction error and completely cuts off. After 5 mins it starts up again. This has happened for 4 days now. Could this be...

353 views with 5 answers (last answer about a year ago)

How Do I Cancel A Pending Sale?