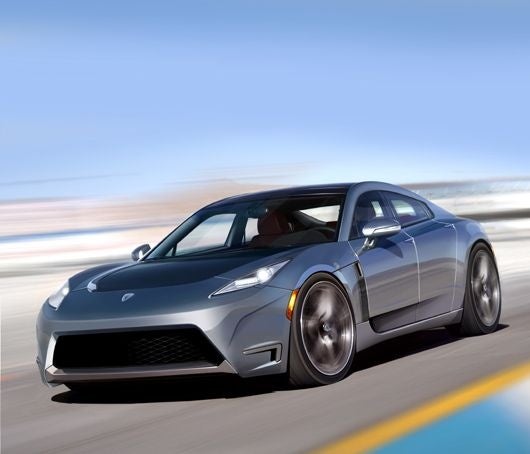 The guys at Tesla Motors are no fools. They knew better than to just jump into the electric-car market without attracting some attention first, releasing the very niche Tesla Roadster as their introductory offering. With its hundred thousand dollar price tag, incomparably impractical two-seat design, and limited production, it was conceived more to warm the waters than to turn a profit. And it worked. Tesla has gotten enough press over the last few years to be recognizable to more than just your average auto enthusiast and has subsequently decided to make an offering more palatable to the masses.

Palatable to the masses who have an extra fifty grand or so to spend on a luxury electric sedan, that is. With federal tax credits of up to $7,500, that’s where the MSRP on the new Model S should land you – not exactly in “economy car” territory. I suppose ecological responsibility is only for those who can afford it, at least for now, and especially since that fifty grand will get you a range of only about 160 miles from the base lithium-ion setup. Pay more and you can get bigger lithium-ion packs with a range of 230 or even 300 miles, rechargeable in as little as 45 minutes with the special 480-volt QuickCharge system. Charge from your 110-volt home outlet, and it’ll take 4 hours to replenish the 8,000-cell, 1,200-pound battery.

Add to that the ability to carry up to seven passengers and cargo volume that nearly doubles its nearest competitors’, and the Model S outperforms the Roadster in every category except…well, performance. That said, it gives up very little in the performance department. With its rear-wheel-drive (RWD) setup, 55 percent of weight over the rear wheels, and traction control, it has all the elements of a fun ride. But we want real numbers, yes? In its current configuration, the Model S manages the 0-to-60 sprint in 5.6 seconds, topping out at an electronically limited 135 mph. Unlike the Roadster, the Model S’ electric motor is liquid-cooled, offering better performance in high-stress conditions like high-speed cruising and climbing. Additionally, there have been rumors about a Sport version that will be able to crack 60 mph in “well under 5 seconds,” as well as an all-wheel-drive (AWD) option.

Tesla claims a 5-to-7-year average battery life, with the possibility of up to 10 years with “proper care,” although with the speed at which battery technology has been improving, it’s a safe bet there will be a better option than an OEM replacement for the extremely heavy stock unit within that time.

Drawing a lot of attention is the customizable, 17-inch touch screen that controls all the vehicle’s climate, nav, and entertainment functions with full-time wireless 3G, HD satellite radio, and iPod and USB connections. They’ve designed it with firmware updates in mind, meaning you'll be able to apply next year’s upgrades to the Model S in your driveway.

Tesla was constructing a $250 million LEED-certified facility in San Jose to produce the company’s first American-made vehicle, and was also planning to move its corporate headquarters and research-and-development outfit onto the 89-acre site. This would have been another smart move for the company, given the resources available in the middle of Silicon Valley, however the deal never got off the ground. Understandably, very little was seen in the press regarding this false start, but the company is currently looking for a new location in southern California, with planned production to start in late 2011 for an early 2012 delivery date.

So far, it looks like they’ve put together a very smart vehicle, and given the price drop from the Roadster to the Model S, all-electric transportation might be within the grasp of the masses sooner than we thought. In short, people are running out of excuses to shun all-electric vehicles, especially considering their increasingly attractive prices and ranges, and Tesla is looking to be at the forefront of that movement – a very smart place to be.

Have you driven a 2011 Tesla Model S?
Rank This Car