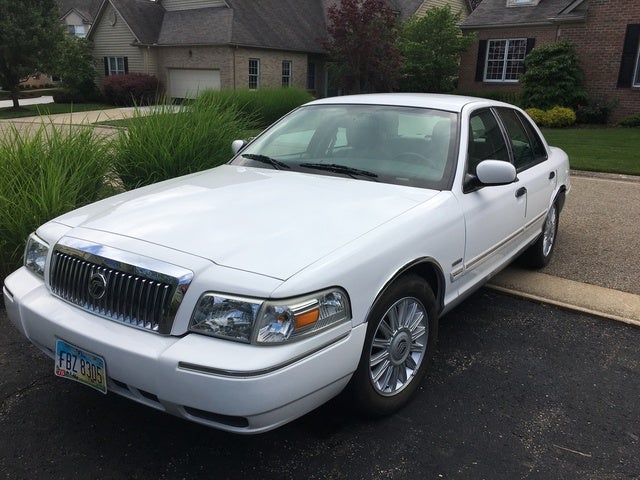 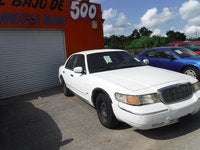 Mercury’s Grand Marquis, essentially unchanged since the last millennium, soldiers on, at least through 2011. This grandfatherly six-passenger full-size sedan long ago saw its halcyon days, yet remains – for the moment – a staple in the livery and taxi realms. Its roomy cabin, capacious trunk (nearly 21 cubic feet), staid, if not quite supple, ride, and placid demeanor relegate it to picking up passengers at airports and hotels, or the occasional trip to corporate headquarters if the Town Car is in the shop. Rumored to be phased out in 2012, this venerable tank is still available only in a rear-wheel drive (RWD) configuration, still carries a now-underachieving V8 powerplant, and remains mired in the four-speed-automatic past. Only Chevy’s V6-powered Impala can claim a similarly anachronistic image, yet it boasts nearly the same horsepower as and better mileage figures than the Grand Marquis. Additionally, Chrysler’s 300, Toyota’s Avalon, Hyundai’s Genesis, and Ford’s Taurus sedans are worth a look before deciding on the MGM.

The 2011 Grand Marquis continues to be powered by a 4.6-liter Flex Fuel V8 managed by a graybeard four-speed automatic transmission. Apparently, the capability to burn E85 ethanol fuel is Mercury’s only cession to upgrading this weary powerplant. In any case, all those cylinders put out only 224 hp, while a respectable 275 lb-ft of torque mean that it’ll pull 1,500 pounds of trailer, should the spacious trunk prove inadequate to hold all the souvenirs from a world cruise. EPA-estimated mileage figures are a dismal 16/24 mpg, though claims have been made that horse-and-buggy speeds on the highway will marginally increase fuel efficiency.

Appearance amenities and creature comforts in the 2011 Grand Marquis, while not quite so numerous as in its Town Car stablemate, are up to the task of ferrying passengers to and from cruise terminals, train stations, and airports. Such standard features as a self-leveling suspension with ride-control adjustment and 17-inch painted alloy wheels complement cabin amenities like leather upholstery, power-adjustable front bench seats, digital keypad door locks, power windows and heated outside mirrors, steering-wheel-mounted audio and cruise controls, overhead console, tilt-adjustable steering wheel, dual-zone climate control, simulated wood and genuine leather cabin and dash trim accents, and a single-CD player with four speakers. Options are severely limited, with only 17-inch aluminum wheels, leather and Burl wood steering wheel, heated seats, and a cassette deck available.

Among owner gripes concerning the 2010 Grand Marquis, cupholder placement seems to outrank anemic power and dated styling, though both those others remain high on the list of complaints. Poor mileage figures, a lack of options packages, illogical placement of many controls and buttons, and the difficulty in finding battleship-size parking spots also contribute to owner discontent. On the positive side, however, cabin space, luggage capacity, decent safety scores, and a quiet, stately ride are notable advantages for owners of this vintage automobile.

What's your take on the 2011 Mercury Grand Marquis?

GuruZX9GT SHOULD HAVE NEVER QUIT MAKING THEM!

Exponent9 Then they should have been built well enough to impress the contemporary buying public. The Panther platform was a dinosaur, and Ford was content to simply keep the cars street legal for fleet use over twenty years — no surprise retail customers turned tail. The Grand Marquis was uncompetitive garbage by the 21st century.

Have you driven a 2011 Mercury Grand Marquis?
Rank This Car

What is problem? A/c switch works well on high but not on any other setting.

Mercury Grand Marquis 2011, with 140k km mileage. Few months back it has lost a huge amount of power suddenly and with no previous problems. across all gears (Engine weakness) tried to diagnose the...

When does the new Grand Marquis come out?