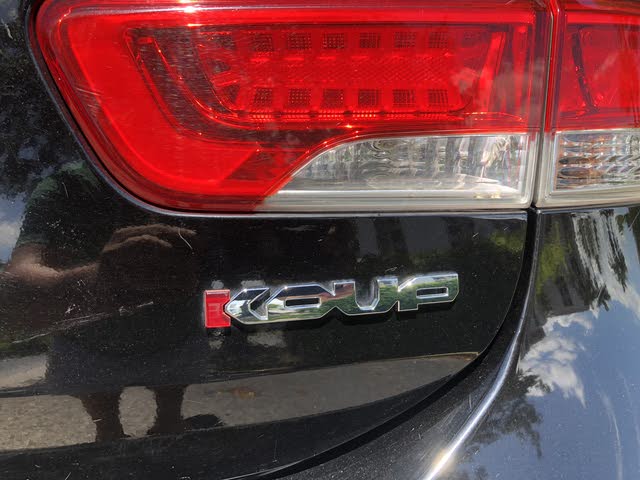 An abundance of space for passengers and cargo alike and a worthy pair of transmissions are high points for the 2011 Kia Forte Koup.

Noisy, stiff and gutless, the 2011 Kia Forte Koup offers a few too many shortcomings to be a true competitor.

Kia came close with the Forte Koup, but they aren’t there yet. With a bit more power and a few extra features, they could have something to actually compete with its compact sport coupe rivals. For now, they’ve got a car that’s too firm and not fast enough.

Good intentions and bad execution. It’s hard to criticize when failure is the result of such valiant attempts. In looking to create a sporty Forte, Kia took their slick little sedan and did what might seem logical – made it handle even better. This seems prudent and smart, and unfortunately it’s wholly incorrect. What the Forte Koup needed was more power.

The Forte already handled quite well, spending its time straddling that fine line where cornering meets comfort, where spring rate meets shock absorption. The Koup had no qualms about what side of the line it landed on, however, willing to sacrifice panache for performance. Customers noticed. Customers complained. For 2011, Kia has addressed these issues, claiming to have made suspension adjustments for the Koup that bring things closer to the cause of comfort.

It’s a good thing, and the 2011 Koup does ride with less firm brutality, no longer ready to accordion your spine back and forth with every seam, lip and ripple you encounter on your ride. But again, this is merely correcting a previous mistake rather than a glaring omission. The Koup needs to be faster. 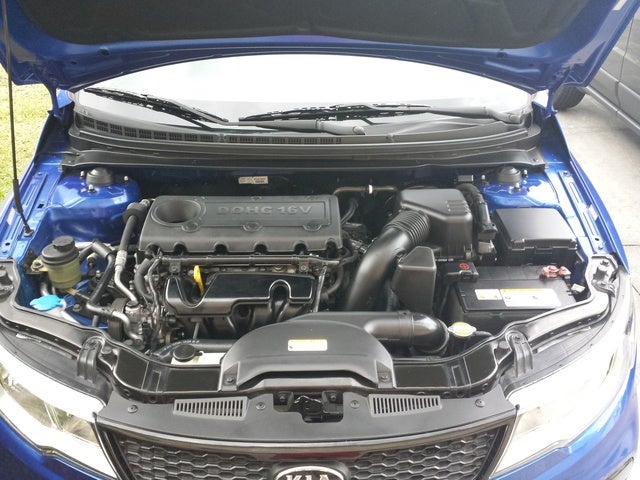 With its base 156-hp 2.0-liter Theta II engine, the EX trim of the Forte Koup is woefully anemic. The engine begs for more power at any speed and sounds like it will come apart upon adding any rpm, more of which is always needed. With 144 lb-ft of torque it’s lacking just as much down low as it is up high.

The SX fares marginally better with 173 hp and 168 lb-ft of torque, but this is still the same engine available in the sedan. Where’s the turbocharged version we saw at the NYIAS back in 2008? Where’s the added “oomph” we’ve come to expect, desire, require? This engine, too, is a noisy affair, producing more sound than fury and offering little in compensation for preventing conversation at anything other than cruising speeds.

Transmission choices are a welcome improvement at least, with new 6-speed offerings in manual and automatic offering a big improvement over outgoing models. Clutch feel is a high point of the new 6-speed manual, but the automatic is slick and responsive as well, even offering a manual shiftgate for those who don’t want to give up gear choice altogether.

The EX trim will get you the more forgiving suspension and 16-inch alloys that improve the ride comfort greatly, but the EX is available only with the weak 2.0-liter engine. At least you get standard traction and stability control. Moving up to the 2.4-liter gets you the extra power, but it’s still not enough, and with it you’ll have to suffer through the stiff sport suspension and 17-inch wheels that make this little coupe handle like a haywagon.

The EX with the 2.0-liter engine is woefully underequipped, with a weak base stereo and a short power package that consists of window, doors and mirrors with integrated signals. You will get air conditioning as well as a trip computer, but don’t expect much else. Moving up to the SX with its 2.4-liter engine means features are slightly more abundant with automatic headlights, a tilt and telescoping leather-wrapped steering wheel and fog lights, but the leather for the steering wheel is nothing to be impressed by, looking like it’ll start flaking away after a few thousand miles.

As far as comfort is concerned, the Forte Koup is roomy but noisy. Plenty of space for driver and passengers alike, both front and rear, is complemented by impressive cargo space. Unfortunately, all that space is filled up by the prodigious noise you’ll experience from engine and road alike. Both powerplants struggle and whine and groan when asked to perform, but you’ll hardly notice it at speed when the wind and tire and general road rumble so fully permeates the cabin. It’s a serious fault.

While impressed by the space and comfort the Forte Koup offers, the shortcomings of the suspension setup and the intrusive noise are hard to ignore. Owners continually complain about the lack of long-term comfort due to both shortcomings. Many have also mentioned the lack of power in the base, 2.0-liter engine. Transmissions have been a welcome change this year at least, offering a bit more utility from both engines.

Have you driven a 2011 Kia Forte Koup?
Rank This Car

Has Anyone Seen This Prob.. Thinking Of Buying This Car

is this a deal breaker? disabled 60+ guy, not a lot of money or handy. starts

I have a 2011 kia forte koup. Been working great until recently. A few things have happened suddenly and all at once. 1. When I open my doors(either side), it doesn't register that they are open ...

After Replacing The Battery Does The Computer Need To Be Rebooted?

i need to know how can i change the language of the system from the korean to english??and how to switch on the fog lights?