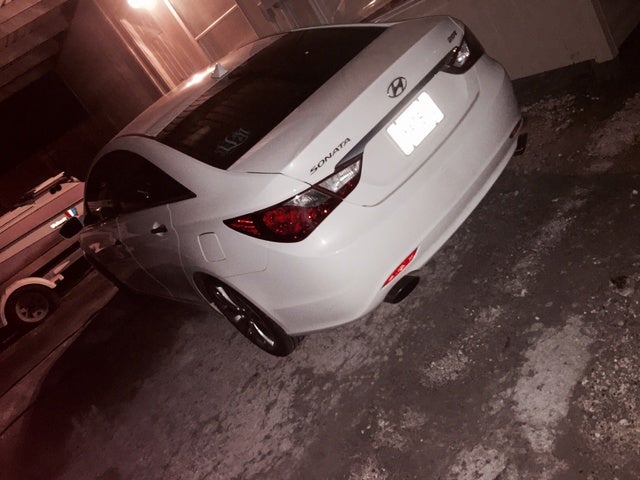 Competent, efficient engines and a roomy, redesigned interior are the highlights of the 2011 Hyundai Sonata.

The suspension under all trims needs refinement to really make the 2011 Sonata a winner, but especially with the “sporty” SE.

So far, the 2011 Sonata seems to be a winner, with powerful and more efficient four-cylinder engines, a seriously upgraded interior and freshened styling. Still, its less-than-optimal suspension takes away from what could be a wholly competent entry. Given the Sonata’s sub-$20,000 entry price, however, Hyundai may have a winner for 2011.

Stretched and simplified, the 2011 Hyundai Sonata has received plenty of changes since 2010, with a 3-inch increase in wheelbase, a new engine and freshened styling. This front-wheel-drive, four-door sedan comes in three trims - GLS, sport-inspired SE and Limited - all powered by the same brand-new 2.4-liter inline four-cylinder (I4) engine. In addition, special attention was paid to upgrade the Sonata’s styling, both inside and out, and this was done at Hyundai’s Irvine, California, studio.

The GLS has some unexpected features for a base trim, like heated power mirrors, remote keyless entry, a satellite-ready CD and MP3 player with iPod adapter and Bluetooth and a tilt/telescoping steering wheel. Otherwise, the cloth upholstery, air conditioning and 16-inch steel wheels with wheel covers are what you’d expect. Moving up to the SE will get you some welcome and “sporty” upgrades. Not just 2 extra hp and lb-ft of torque, the SE also gets a sport-tuned suspension and steering, dual exhaust, 18-inch alloys, foglights, keyless entry and push-button start, as well as visual upgrades like dark chrome exterior trim and a leather-wrapped steering wheel and tranny knob. 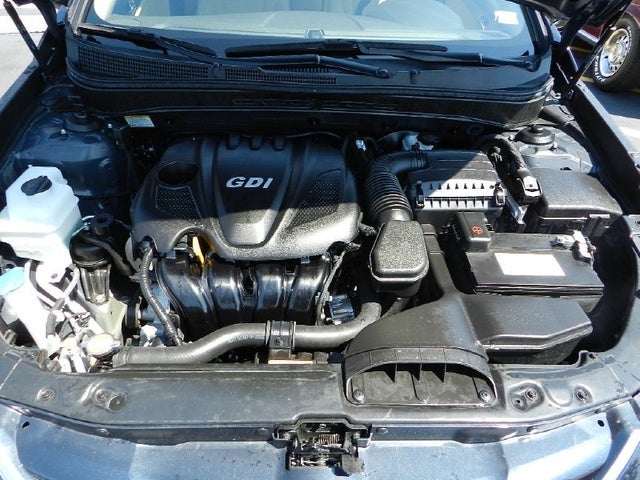 The base engine offered for the Sonata is a 16-valve-per-cylinder 2.4-liter inline four that produces 198 hp and 184 lb-ft of torque in the GLS and Limited, and strangely bumps up only 2 hp and 2 lb-ft of torque in the supposedly sporty SE. Limited and SE trims also get the option of a 274-horsepower, turbocharged 2.0-liter I4 that is the clear winner of the bunch. Its 269 lb-ft of torque arrive early at just 1,800 rpm, fighting the turbo lag so many will worry about, and standard paddle shifters increase the fun substantially.

SE and Limited trims also get a six-speed automatic transmission standard, while the GLS gets a six-speed manual with the option for the automatic. Thanks to upgrades like direct injection, continuously variable valve timing and variable induction, the 2.4-liter engine manages 23/34 mpg with the manual transmission and a class-leading 23/35 with the automatic. Choosing the turbo means you’ll only get the option of the six-speed automatic, but even with the significant power increase, you’ll still get a manufacturer-estimated 22/34 mpg, a small sacrifice for so much more power.

Its increase in size has aided the Sonata’s highway composure, but it still overreacts a bit to excessively rough roads. Still, the Sonata has acceptable handling for even slightly aggressive driving, especially with the sport suspension and 18-inch wheels of the SE, although this setup also increases the car's jitteriness and nervous character when the road gets uneven. Steering is balanced at best, with some finding the response a bit vague, although all can agree on the Sonata's wonderfully tight turning radius, especially for a midsize sedan.

Hyundai has made a lot of noise regarding the freshened styling of the Sonata, especially that of the interior. The 3 inches added to the wheelbase have aided stability and road manners, but an immediate benefit has been seen in the interior, which many have noted is noticeably roomier. Upgrading interior materials was also a major focus for Hyundai, and reviewers have so far been impressed, commenting that the Sonata surpasses expectations within its class. GLS and Limited trims are much more comfortable than the SE, both with regard to long-term comfort and noise suppression, and all have an attractive design for the interior, with a few hard plastics being the only eyesore. Room is abundant here, with even the rear seats accommodating those exceeding 6 feet.

Regardless of trim, the Sonata is equipped with standard traction control, antilock four-wheel disc brakes with brake assist, an anti-skid system and six standard airbags. While NHTSA crash test results are not yet available, the IIHS has named the 2011 Hyundai Sonata its Top Safety Pick.

Despite losing the V6 options, owners have been quite pleased with the four-cylinder powerplants Hyundai has offered for the Sonata, with even non-turbo versions providing adequate if not spirited acceleration. Economy especially has been impressive from a midsize sedan that still can return mid-30s. While the Sonata's ride could be improved, its room can’t be argued with.

What's your take on the 2011 Hyundai Sonata?

Users ranked 2011 Hyundai Sonata against other cars which they drove/owned. Each ranking was based on 9 categories. Here is the summary of top rankings.

Have you driven a 2011 Hyundai Sonata?
Rank This Car

Got Hit On Driver's Side Door By Motorcycle

What Could Be Causing My Car To Do This?

Whenever I put my car in reverse I have to press on the gas pedal a couple of times to get it to move. And when I'm in reverse. My backup camera does not turn on.

7 views with no answers yet
80

My trip, reset, and cruise controls won't work on my steering wheels. All the left side controls, the radio and the phone buttons work. I have removed the steering wheel cover and checked the lines...

Has Anyone Had A Problem With The Engine Control Module On A Sonata Limited...

I have a 2011 Hyundai Sonata LTD. three weeks ago I tried to start my car and it would not start. The lights on the dash board came on but when I pushed the start button everything we went off. ...

My 2011 Hyundai Sonata Stopped Accelerating On The Interstate.

Car stopped accelerating on the interstate. All lights came on . Then would not start. I am told it is the starter. Is this feasable