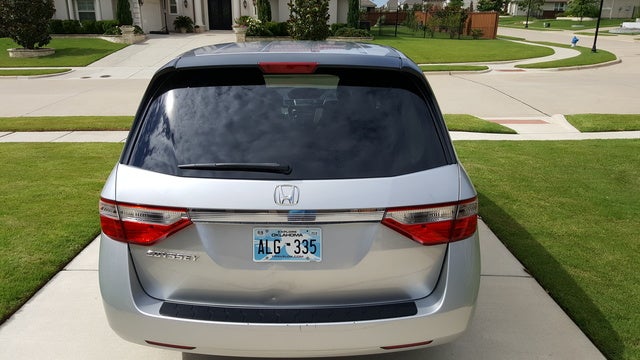 The Honda Odyssey, long a leader among minivans, gets a sleek new look for 2011, and that design - combined with slick handling and performance - keeps the Odyssey among the elite of its segment.

Honda packs the pricey Touring trim, in particular, of the 2011 Odyssey with goodies, and that tends to frustrate those who would like to see more of the extras spread through other trims in the lineup.

The Honda Odyssey, which had been getting a bit outdated in the eyes of some, ups the ante for 2011 with its new “lightning-bolt” design and a few interior tweaks in a bid to lure younger buyers into the minivan world. Honda delivers substance with the style, too: Five approved locations for child safety seats figure to catch the eye of large families, and with the entertainment options available, it may be hard to get the kids out of this family-room-on-wheels when a trip is done.

Honda clearly has no intention of resting on its well-earned laurels when it comes to its ever-popular Odyssey minivan. The glory days of the minivan in general may have passed, and even the finest of these kid-carriers may not be for everyone, but the 2011 Honda Odyssey continues to do its best to provide top-notch performance, and inject some fun, into the genre.

Long known for its handling and fuel economy and its roominess and reliability, among other attributes, the Odyssey gets spiced up, outside and in, for 2011.

Honda adds some styling splash with what it calls the Odyssey’s “lightning-bolt design.” The 2011 Honda Odyssey features a sleeker, wider look that conjures up a zig-zagging, lightning-bolt appearance from the side. The look comes in part from the cut of the lowered rear window, and that serves a second purpose: It enhances the view from the third seat.

The Odyssey seats seven in the base LX and eight in the EX, EX-L and Touring trims, and a major draw for families with young children is that it can hold a precedent-setting five child safety seats, up from three in previous editions. Just as importantly, perhaps, upgraded entertainment offerings can help keep the kiddos occupied over a long haul. 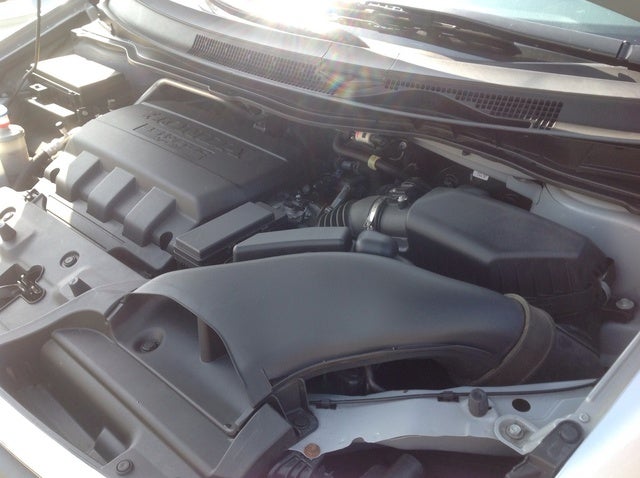 Those trims now all come with Variable Cylinder Management (VCM), which shuts down two or three of the engine’s six cylinders during cruising and deceleration to help with fuel economy. All trims are front-wheel drive (FWD), and most trims get a five-speed transmission, while the Touring version has a new six-speed automatic.

Reviewers and owners have always marveled at the way the Honda Odyssey handles highways and bumpy byways alike, and nothing about that has changed for 2011. The ride is as comfortable as ever, and the Odyssey, thanks in part to its fully independent suspension, tracks confidently through faster turns and controls its corner lean.

The VCM system smoothly transitions from six to four to three cylinders. Both the five-speed and six-speed transmissions work effectively as well, experts find.

The LX trim rides on 17-inch steel wheels. The EX and EX-L get 17-inch alloy wheels, and the Touring bumps them up to 18-inch alloys. Road noise is surprisingly low with the 2011 Honda Odyssey, and sometimes, reviewers note, drivers enjoy the experience so much that they forget they are at the helm of an eight-passenger minivan.

The 2011 Honda Odyssey, comfortable and versatile, shines when it comes to the interior, too, reviewers say. Honda tweaked the Odyssey’s dashboard layout, making it a little cleaner and simpler.

A new second-row seating setup in eight-seat versions allows the seats to tilt and slide outward. That changes the width of the second row, enabling it to accommodate two adults or three, or a combination of child seats. In addition, the third row picks up some legroom.

The LX trim offers tinted rear privacy glass, cruise control and keyless remote entry. The EX trim adds a new front center console and the second-row center seat that brings capacity to eight. The EX-L, the most popular choice among Odyssey buyers, adds a cooling box and features heated front seats and a moonroof. EX-L buyers can opt for a package that includes a rear entertainment or navigation system.

The rear entertainment and navigation packages both come standard in the Touring trim. Honda packs the top-of-the-line Touring Elite version with all sorts of features and gadgets and even doubles the fun – literally – with the entertainment package. An ultra-wide screen has a 16.2-inch video display that can be shown as one image or split into two 8.1-inch images. Backseat bickering over movie choices ought to at least be cut in half.

The Odyssey has long scored well in all crash tests. The 2011 Honda Odyssey carries the added appeal of its five positions for child safety seats. Traction and antiskid systems, antilock brakes and a full array of airbags are among the other safety features. The Odyssey’s strong handling serves to help keep it out of trouble on the road, reviewers note.

Owners of the 2011 Honda Odyssey like the new, sleeker look of their chosen vehicle, but they rave more about how the car drives and handles and what’s inside. The new Odyssey makes a mark for itself with families with a bunch of young kids with its five positions for child safety seats. They also appreciate the fact it has eight seats overall.

The 2011 Honda Odyssey offers up a quiet and comfortable ride and gets better gas mileage than most of its competitors, owners say. They label it an excellent highway cruiser.

Owners don’t have a lot of complaints about the Odyssey, but they do think it tends to get a bit pricey as it climbs the trim ladder. The fact that several of the Odyssey’s fanciest goodies are available only in the upper trims adds to that frustration. For instance, some owners note they would like to be able to get the navigation and entertainment packages together. As it stands now, buyers must opt for the Touring trim to receive both.

Guru3D4Z6 Bad still and shocks quite expensive in naira,also has bad easy tear seats and foam in seats get expired even in foreign use . I have compared this to the Acura MDX but it isn't up to that level yet.

Users ranked 2011 Honda Odyssey against other cars which they drove/owned. Each ranking was based on 9 categories. Here is the summary of top rankings.

Have you driven a 2011 Honda Odyssey?
Rank This Car

How Do You Add A Picture Of Vehicle

I want to sell my car on this site, how do I upload a picture(s) to the sale page

Out Of State Purchase

If you are buying a used car from out of state, from a dealer, is there any way to verify the validity of the title?

Why Won’t My Honda Odessey Start?

About 3wks ago we had so wicked cold weather like -19° cold! My van sat in my garage for approximately five days. No anytime I try to start it it cranks but will not turn over. One thing that is v...

How Do I Reinstall The Coin Pocket And Spring?

I pulled on the coin pocket panel and the whole assembly (door and spring) came out of the dashboard. How do I reinstall the door and spring? It is not readily apparent.

527 views with 4 answers (last answer about a year ago)

how can I get the my Honda door repaired? The plastic is coming off . I need new batteries in my keys. no one can get it done. can you all?