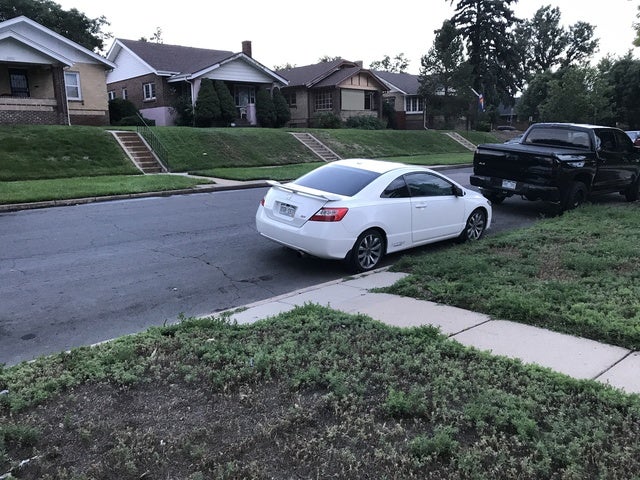 Competent engines and transmissions make the 2011 Honda Civic Coupe a great deal in a class where you often pay for more than you get.

Too much road noise, a jarring ride, and a frustrating navigation system all detract from the 2011 Honda Civic Coupe experience.

The 2011 Honda Civic Coupe will continue to be at least a moderate success for Honda regardless of what any review says, and most likely regardless of whatever changes Honda makes. After almost four decades, name recognition alone is enough to spur sales. Still, the Civic Coupe needs some work – specifically in the areas of sound dampening, navigation interface, and its unrefined base engine – before it can truly live up to its reputation.

The two-door Honda Civic Coupe offers a sportier approach to the lauded Japanese compact than the four-door sedan version. Nearing four decades of continuous production, the Civic has gone from the subcompact econobox it started out as to the midlevel compact coupe and sedan we see today. With a sport version in the Si trim, the Civic offers a flexible configuration that can serve many needs.

For 2011 there are no major changes for the Civic Coupe, still offered in five trims with a total of two engines and three transmissions. 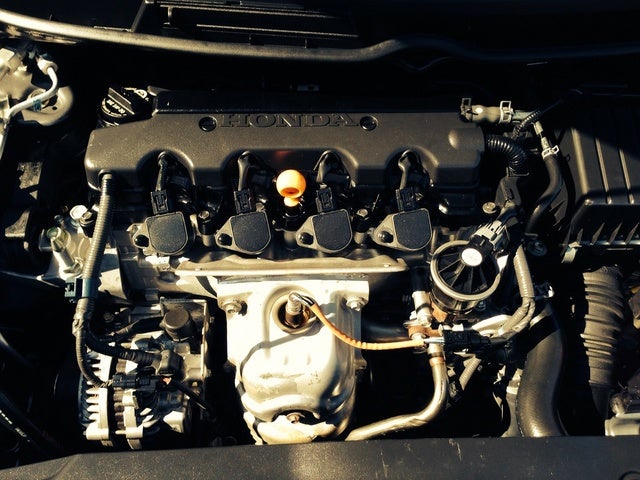 A 140-hp, 1.8-liter inline four-cylinder (I4) engine is the base powerplant, offered with buyer’s choice of a five-speed manual or automatic transmission. The manual offers the best utilization of the scant power at hand, but neither setup could be called sprightly, especially from a stop. Once wound up, the 1.8 performs adequately, even for mild passing. EX-L trims get traction and stability control as well as brake assist, features that should be included on all Civics. Civic Coupes with the 1.8 and the five-speed manual should get an EPA estimated 26/34 mpg, while the automatic transmission manages 25/36, all on regular-grade gasoline.

Si trims get a rev-happy 2.0-liter, 197-hp I4, Honda’s attempt at a performance engine. A six-speed manual is standard and has received positive reviews for smooth operation. Keep the revs high with this engine and you shouldn’t have trouble, but as peak power doesn’t arrive until almost 8,000 rpm, it can be disappointingly sluggish down low. The Si also comes with traction and stability control as well as a limited-slip differential that is unavailable on other trims. With all this, the the Si delivers 21/29, although it requires premium-grade gasoline.

The Civic Coupe’s shorter wheelbase compared to the four-door sedan makes long-distance travel less comfortable, as road inconsistencies reverberate through the cabin and chassis. Handling is competent at least if not sporty, and invites mildly spirited driving with only minor lean and roll. Steering could be more responsive in non-Si trims, but be thankful for an alternative to the Si’s sport suspension.

With stiffer shocks and a more aggressive profile, the Si will jar over rough road, although roll and lean will be handled with ease. Brakes are upgraded here as well and stop the Si with authority. Look for aggressive torque steer, however, which is disappointing in a car with so little torque.

Seating, while comfortable and supportive, is simply not for taller drivers. Anyone near 6 feet tall will find difficulty in the front and impossibility in the rear. Even those of smaller stature won’t find comfort in the rear seats, and entry and exit are annoying tasks for anything other than children, pets, and small cargo. The Si offers sportier seats with extra bolstering, but also offers a much stiffer ride thanks to its sport suspension.

Noise permeates from road and tires and the engine, with the 1.8 sounding especially coarse and unpleasant. The sedan mutes noise much more efficiently than the Coupe, which seems to make no effort. The 2.0-liter can also be heard, but attempts have been made here for a more attractive note, with special attention paid to the exhaust as well. Whether or not you actually enjoy that exhaust note, however, is wholly a matter of personal preference.

The Civic manages to sway from “hint of cheap” to “hint of luxury” as you move up its trim levels. Interior materials are most noticeably upgraded in the EX and Si trims, which aim for a luxury and sporty ambiance, respectively. That said, the controls, gauges, and displays are all of high quality and within good reach, with the exception of the dismal, frustrating, and perpetually illegible navigation system.

Though impressive overall, there are still some concerns to be heard for the 2011 Civic Coupe, some specific to this two-door version and some shared with the sedan as well. Its shorter wheelbase and two-door configuration make for a jarring ride, especially with the Si’s stiffer suspension. Rear seat entry, exit, and comfort are lacking in all aspects here as well. The optional navigation system has also been a major weak spot for the Civic, and really stands in the way of this car fully breaking free from the land of cheap. Still, its engines are competent and efficient, and the Civic Coupe all in all provides a great value and generally high quality for its class.

What's your take on the 2011 Honda Civic Coupe?

Users ranked 2011 Honda Civic Coupe against other cars which they drove/owned. Each ranking was based on 9 categories. Here is the summary of top rankings.

Have you driven a 2011 Honda Civic Coupe?
Rank This Car

How To Start A Class Action Suit Again On Hondas Factory Defective AC?

I'm also having problems with a 2011 Honda Civic lx a/c. I bought this car brand new. First the battery kept dying a few months after we bought the car leaving my wife spontaneously stranded when ...