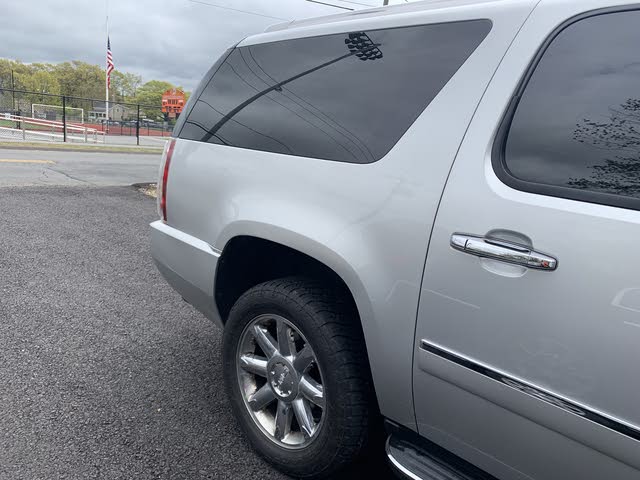 The 2011 GMC Yukon XL offers all kinds of space and power in a stylish package, and in short, this long and large sports utility vehicle has much going for it. Not everyone, outside of a sports team or extra-large family, of course, needs the ability to seat eight. Nor does everyone need the ability to tow a good-size boat. But those that are looking to super-size their ride, reviewers say, ought to give the 2011 GMC Yukon XL a good look.

A close relative of the Chevrolet Suburban, the Yukon XL stretches 222.4 inches, making it 20 inches longer than the standard Yukon.

The Yukon XL comes in a couple of trims – the base SLE and the SLT – and in either 1500 (half ton) or 2500 (three-quarter ton) versions with an assortment of engine options and with either rear-wheel drive (RWD) or four-wheel drive (4WD). Most Yukon XLs come with a 5.3-liter V8 that produces 320 horsepower and 335 lb-ft of torque. Engines in the 1500 models team with a 6-speed automatic transmission. Gas mileage estimates for the 1500 setup with rear-wheel drive are 14 mpg city/20 highway.

Reviewers give the Yukon XL high marks for its comfortable and relatively quiet ride and its handling, too, with the caveat that it is one big rig, and its sheer size dictates that maneuverability, particularly in the city, can be an issue.

The spacious interior of the 2011 GMC Yukon XL scores well, too, for the quality of its design and materials. The cabin features plenty of space for people and cargo. There are about 49 cubic feet of space behind the third row, and that number jumps to 137 cubic feet when the third seat is removed and the second-row seats are folded. The problem is that the third row does not fold flat, and it’s no small task to remove and store it.

A blind-spot warning system, the rear-view camera that is in the rearview mirror and rear parking assist are among the Yukon XL's available safety features.

Have you driven a 2011 GMC Yukon XL?
Rank This Car

do not wish to finance

2011 Yukon XL Liftgate Will Not Open While Vehicle Is Running

The liftgate used to open from the button inside on the headliner, the key fob and from the outside while parked and running. Now I have to shut the vehicle off completely to open the lift gate at ...