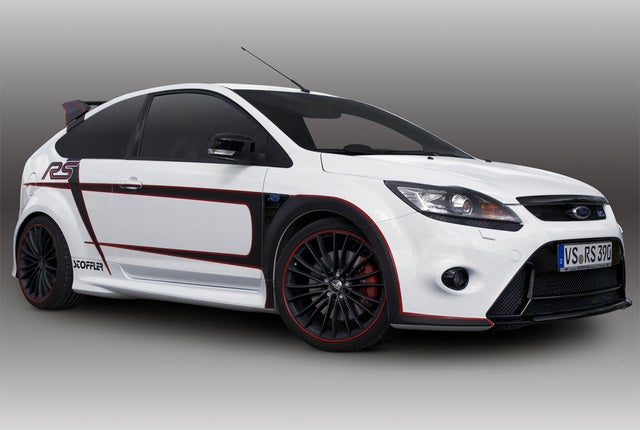 Though not bad as basic transportation, the 2011 Ford Focus isn’t the mega-hit it once was. The good news is that if prospective buyers can hold off awhile, rumors say the 2012 Focus will bring back all of this compact’s former glory and more.

While it’s not the sexiest car on the road, and doesn't have a lot of presence, the 2011 Ford Focus still gets the job done. When it was introduced some 11 years back, this five-passenger compact had sex appeal and personality, both of which Ford squandered to appease the bottom line, leaving the now coupe-less Focus lineup as essentially basic transportation for the last few years. Fear not, however, because rumor has it that the 2012 version will bring a rebirth of this once highly regarded auto that’s expected to thrust it once more into the limelight. But that’s then, and this is now.

With the discontinuation of the Focus coupe this model year, the 2011 Focus sedan offers four trim levels, the basic S, midlevel SE, sporty SES, and top-shelf SEL. All are delivered with front-wheel drive, front bucket seats, split-folding rear seats, an inline four-cylinder (I4) engine, and 13.8 cubic feet of trunk space. Higher trims get the ever-popular SYNC infotainment/interface system, though some grumblings have been noted regarding its quirky performance.

A plethora of compact sedans, including the Honda Civic, Hyundai Elantra, Kia Forte, and MAZDA3, challenge the Focus. Nearly all are more refined and performance oriented, and nearly all are equal to or significantly above the Focus’s thrifty base price. 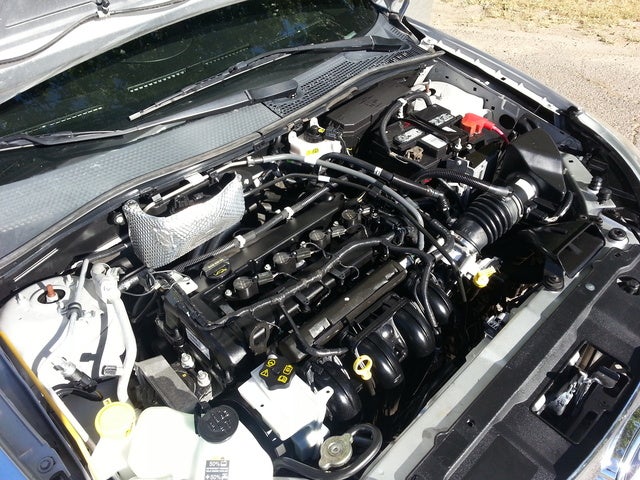 In keeping with tradition, the 2011 Focus is available only with a 2.0-liter I4 engine that, along with the standard (in the S, SE, and SES) five-speed manual transmission, delivers 140 hp at 6,000 rpm and 136 lb-ft of torque at 4,250 rpm. With no variable valve timing, the stick-shift Focus is estimated at 24/35 mpg. The SEL trim, however, is delivered with a four-speed automatic as standard equipment, though mileage drops marginally to 24/34. This somewhat anachronistic automatic is optional for the rest of the Focus lineup.

Reviewers find the Focus about average off the line, with one test resulting in a 0-60 time of 9.7 seconds. Passing and merging on the highway, however, can be a bit of a challenge, with the I4 generally regarded as barely up to the task. The four-speed automatic, despite its dated technology, is noted by many reviewers as timely with its downshifts, but the manual is lauded for a more engaging driving experience and better all-around performance.

While not exactly grand prix material, the 2011 Focus is touted as offering above-average handling and ride comfort. With the base S and midlevel SE delivered with 15-inch wheels, the SEL equipped with 16-inch, and the sporty SES coming with standard 17-inch wheels, most reviewers pick the SES’s ride and handling characteristics over the others simply because of its larger, more traction-friendly tires. Highway cruising is relatively quiet and decently composed, though a brisk crosswind will notch the old heart rate up a beat or two. Hard turns are handled with especial aplomb by the SES, while the more staid trims acquit themselves at least adequately in that area.

A four-wheel independent suspension with MacPherson front struts and front stabilizer bar, along with a multilink rear suspension, gives all trims the necessary stabilization to smooth out minor bumps and road imperfections. Steering is noted by reviewers as reasonably responsive, with the SES coming in for special praise as a kick to drive and up to most handling challenges.

Alas, Ford continues to equip the Focus with dated front disc and rear drum brakes. Braking effectiveness is described by most reviewers, therefore, as about average. Pedal feel, meantime, is described as on par for the class, with a good dose of pressure often needed to achieve the desired results. 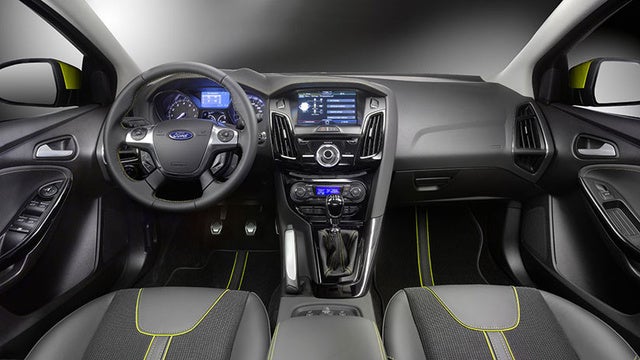 The S offers little in the way of options, with a few cargo organizers being about it. The SE adds available cruise control, SYNC interface technology, Bluetooth communications technology, and a rear spoiler, while the SES and SEL offer available leather upholstery, heated seats, a premium 190-watt audio system with nine speakers, and a power moonroof.

Reviewers note a certain logical design to the Focus’ dashboard and cabin. The SYNC system, however, takes some uncharacteristic hits from nearly all reviewers for unreliability, but its voice-activation features are noted as working well for the most part. Cabin materials are noted as cheap, if not downright shoddy, with even the SEL’s leather looking a bit below grade. Rear seat comfort leaves much to be desired, however front seat room and comfort are lauded by virtually all reviewers. One review did note, nonetheless, a number of misaligned cabin panels and some poor interior workmanship in one of the higher trims.

The National Highway Traffic Safety Administration (NHTSA) gives the 2010 Focus sedan four stars (out of a possible five) in front driver and passenger protection testing, while side-impact protection in front is rated at five stars. Rear side passenger protection and rollover protection, meantime, are both rated at four stars. The Insurance Institute for Highway Safety gives the basically unchanged 2011 Focus its highest rating of Good in frontal offset impact testing and its second highest rating of Acceptable for side impact protection.

Uncomfortably cramped rear seats head the list of owner complaints for the 2011 Ford Focus, while build quality, a need for a few more ponies under the hood, a few quirks in the SYNC system, and some steering issues also have a number of owners uncomfortable.

On the other hand, excellent gas mileage, exterior styling, a smooth, quiet ride, and a sense of value are among the items found to be praiseworthy among most owners. More than a few even mention the flawless performance of the available SYNC system. Virtually all owners with teen drivers in the household also praise the much-touted MyKey speed- and audio-limiting system.

Users ranked 2011 Ford Focus against other cars which they drove/owned. Each ranking was based on 9 categories. Here is the summary of top rankings.

Have you driven a 2011 Ford Focus?
Rank This Car

34 views with 2 answers (last answer about a month ago)

What Is Tire Pressure Sensor Fault

My 2011 Ford Focus SES has a message in the information section which says "Tire Pressure Sensor Fault". What does this mean? I cannot find it in my owners manual. How much will this cost me if I need...

My Ford Focus 3 Years Old Wont Start Its Not The Battery And Wont Go With A...

Recently we bought my parents car which they had from new its 3 years old and been on the drive for 2months we tryed to start it but would only start with a jump start my son made the mistake of switc...