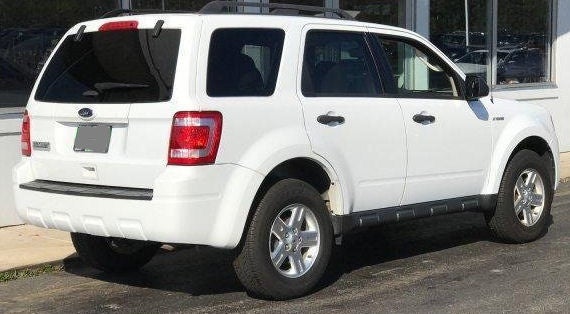 The 2011 Ford Escape Hybrid, several years after its introduction, remains a solid choice for anyone interested in helping the environment as well as putting some distance between visits to the gas pumps.

The 2011 Ford Escape Hybrid, getting a little long in the tooth in a rapidly changing car world, could use some freshening and updating.

Ford hit a home run when it first brought out the Ford Escape Hybrid, but now the popular SUV needs some relief as it heads into extra innings. Some tweaks may be in order, but Ford certainly has a successful foundation on which to build.

Introduced six years ago, the Escape Hybrid looks like any other Escape, the five-passenger midsize SUV that has been a popular part of Ford’s fleet for the last decade. More importantly, the Escape Hybrids act much like their cousins overall and are an especially nice fit for anyone who likes the feel of an SUV, doesn’t want to worry about getting around in rough weather, and has one eye on the environment and gas prices. The Escape Hybrid comes in Base and Limited trims, and both are available with front-wheel drive (FWD) or four-wheel drive (4WD). Ford hints that the entire Escape line is due for a makeover next year.

Powered by a 2.5-liter inline four-cylinder engine (I4) matched up with a 70-kilowatt electric motor and putting out 177 hp and 136 lb-ft of torque, the 2011 Ford Escape Hybrid’s greatest selling point may be that there is not much difference in the way it drives compared to a conventional Escape. A full hybrid, the Escape can run on 100 percent electric power up to about 25 miles per hour, which improves its fuel economy in the city.

Regenerative braking lends a hand in replenishing battery power, and the Escape also features an automatic engine stop/start feature. As an end result, the Escape Hybrid gets 34 mpg city and 31 highway in FWD trims and 30/27 in 4WDs.

Ford sets the Escape Hybrid up with a continuously variable transmission, designed to match engine speed with vehicle speed and providing for smooth and even acceleration. The 2011 Ford Escape Hybrid does fall behind the other Escapes when it comes to towing capacity, though: It can pull 1,000 pounds. 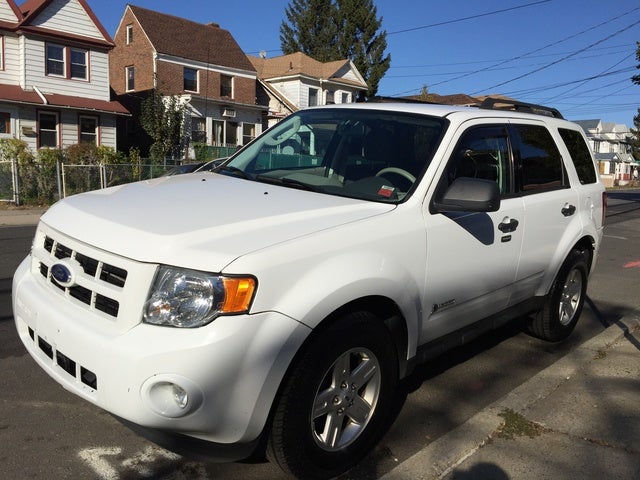 Again, the 2011 Ford Escape Hybrid rides much likes its gas-powered relatives, and generally that’s a good thing. The Hybrid boasts some punch off the line, handles well, and is fairly quiet down the road and pleasant to drive, reviewers find, though they don’t recommend it for heavy-duty off-road use.

The Escape may be a bit more trucky than a Honda CR-V or Toyota RAV4 or its other rivals, but the experts don’t feel that’s a bad thing. The driver and passenger sit relatively high in the Escape, a benefit for visibility, and the seats are comfortable, up front at least, for lengthy excursions.

An electric power-assisted steering system, using an electric motor rather than a hydraulic pump driven by the engine, adds to the Escape’s efficiency, because it doesn’t take away from the power used to move the vehicle. Experts say the electric steering also improves the SUV’s steering feel, keeping it steady and accurate. 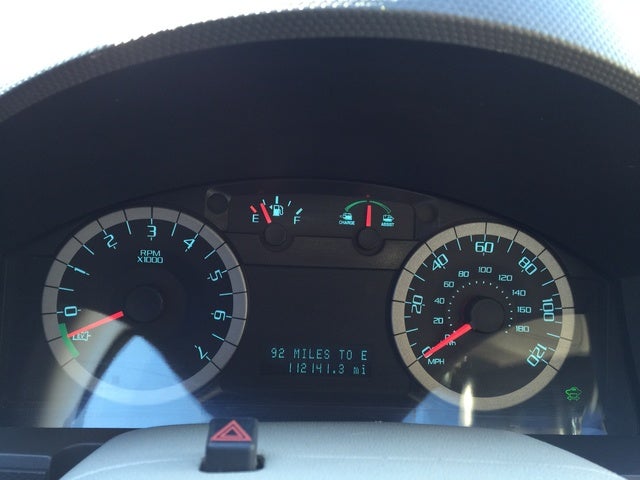 The 2011 Ford Escape Hybrid needs work on its interior, some reviewers note, where it is a bit tired and ready for an update. But Ford still loads the Escape with enough gadgets and goodies to satisfy many, including a six-way adjustable power driver’s seat, Sync in-car connectivity, and Sirius satellite radio. A navigation system that shows how the engine is performing and calculates gas mileage is a fun-to-use and helpful option.

Buyers looking at the 2011 Ford Escape Hybrid because of a concern for the environment, as much as for its gas mileage, will appreciate the seats in Base trims. They are made of post-industrial plastics and polyester fibers that otherwise would have ended up in landfills, Ford says. In addition, the cushions are a bio-based polyurethane foam derived from the oil of various plant seeds, including soybeans. According to one reviewer, Ford claims production of the seats saves 600,000 gallons of water and seven million kilowatts of electricity annually, reducing carbon dioxide emissions by 1.8 million pounds in comparison to traditional upholstery.

Ford equips the Escape Hybrid with a full array of airbags, antilock brakes, and standard traction and stability control, along with a tire pressure monitoring system and front fog/driving lights. The added weight of the hybrid system, some find, becomes an issue for the brakes, and it can take a little longer than expected to bring the Escape Hybrid to a stop. 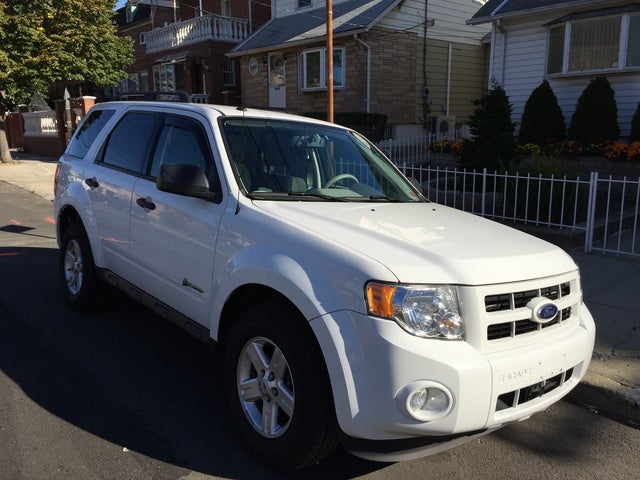 Owners, even some who were a little hesitant to go the hybrid route because they weren't sure what they were getting into, are pleased with their 2011 Ford Escape Hybrid. They like the way the AWD trims get around and hold the road, even in tough weather and road conditions. They also seem happy with the materials and design of the Escape, while also looking forward to a freshened version of the SUV. That new-look Hybrid, some hope, will include a 100 percent plug-in electric version, making it that much more environment friendly.

What's your take on the 2011 Ford Escape Hybrid?

baruke It is an attractive car and I'd love to own one!

Have you driven a 2011 Ford Escape Hybrid?
Rank This Car

I Have 2 Cars That I Need To Add AWD

Why didn't I see the air conditioning problems when I bought the car?? I spent over a grand replacing things last year and it worked for a while. Now it doesnt work at all.

how to add Freon to 2011 ford escape hybrid.

Car won't start. Rapid clicking sound from behind driver's side dash. Has approximately 60,000 miles on it. Could it be the battery? Help please.

Hi Guys I Am Having Problem With My Escape It's Radiator Fan Runs Constantl...