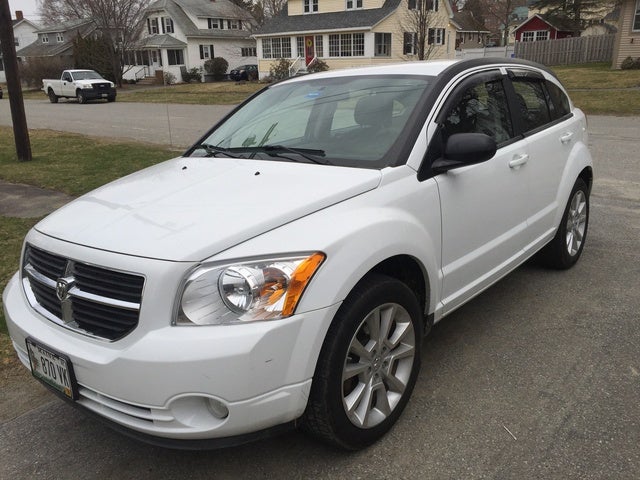 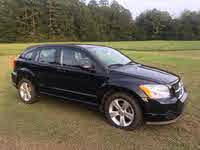 The interior tops the list of owner positives in the 2011 Dodge Caliber, and sadly it’s a very short list.

Weak, harsh engines, clunky and unresponsive transmissions and an overall lack of visibility severely hamper the overall experience of the 2011 Caliber.

The Caliber has never been a solid choice, whether you call it a compact or a crossover. It’s always felt unfinished, and attempts to bring it up to snuff have come off as attempts to polish a turd. Given the rumors of replacement that have been circling, it’s hard to recommend a 2011 Caliber – best to wait and see what else they’ve got to offer.

Lots of small changes are seen this year for the Dodge Caliber, just a year or two ahead of a rumored redesign. Any news would be overshadowed by the announcement of trim-level designations like Express, Mainstreet, Uptown, Heat and Rush, but as we’ve now had a year to digest, more practical changes can take center stage.

It’s the base-level Express trim that really gets the shaft this year, missing out on the electronic steering system revisions as well as newly standard stability control. Heat and Rush trim levels also get thicker rear anti-roll bars as well as retuned shocks. Additionally, the Uptown trim gets the option of new 18-inch chrome wheels, and the optional navigation system gets an upgrade with Sirius Travel Link. 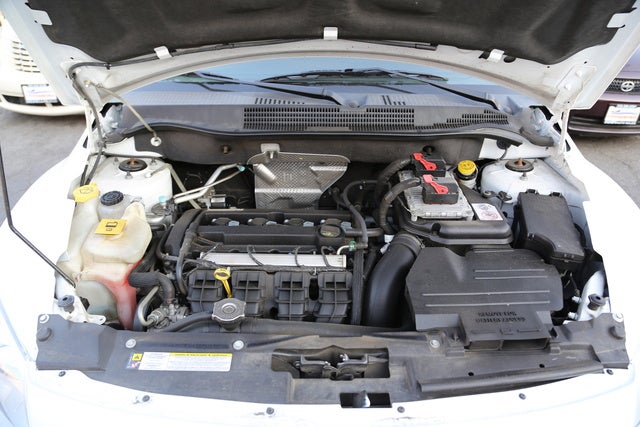 All but the Rush get a 2.0-liter, four-cylinder standard engine, with a 2.4-liter four-cylinder being optional in the Uptown and Standard in the Rush. The Express trim gets a five-speed manual as the only option, while Heat and Rush trims get the option of a continuously variable transmission (CVT) that comes standard in the Mainstreet and Uptown trims.

The 2.0-liter inline four is the middle sibling of the GEMA World engine family. Despite its raspy and unrefined nature, it sports several high-tech features including an aluminum block designed by Hyundai, cast iron cylinder liners, and electro-hydraulic variable valve timing on intake and exhaust. With 158 hp at 6,400 rpm and 141 lb-ft of torque at 5,000 rpm, the engine will lag and lug along in the best circumstances, impeded by a notchy five-speed manual and a CVT that can be reluctant to shift when passing and merging.

Unfortunately, the 2.4-liter does little better. With 172 hp at 6,000 rpm and 165 lb-ft of torque at 4,400 rpm, there’s not a huge performance jump here, and again both transmissions only make things worse. With a little extra “oomph” down low, the 2.4 manages to trot away from the line better than its smaller stablemate, but both engines operate with a coarse incivility that is simply unacceptable.

Body lean is combated well in the Caliber, with confident stability exhibited in smooth corners. While most inconsistencies are handled with little drama, the Caliber has a tendency toward skittishness when the pavement gets choppy. The thicker rear anti-roll bars and retuned shocks in the Heat and Rush trims’ “sport” suspension make for even more cornering stability and bump absorption, although it’s still middle of the road at best. Look to the “touring” suspension in the Uptown and Mainstreet trims for the best comfort setup.

In order to address complaints about a “dull” and “numb” steering feel, Dodge has revised the electronic steering for all trims but the Express. Apparently baby brother doesn’t need any steering improvement.

The 2010’s interior redesign did a lot to update the Caliber, and as a result the interior might be the best part of this compact. Soft surfaces and ample textures create a feel that is almost misplaced here, with the Uptown trim’s leather upholstery and Boston Acoustics sound system imparting a particularly luxurious ambiance.

Even without such extravagances, the Caliber manages to impress with intuitive gauge and dial placement, comfortable and roomy seating, and quirky features like fold-down liftgate speakers and a cooled glovebox. Sadly, road noise, wheel noise and especially engine noise disrupt all of this, intruding violently into the cabin.

While stability control is standard for all trims other than the Express, everyone gets dual front and curtain-side airbags, as well as a driver knee airbag. Antilock brakes are also standard, but Express and Mainstreet trims will have to suffer rear drum brakes instead of the four-wheel discs of the remaining models. The NHTSA has yet to release crash-test results for the 2011 Caliber, but the 2010 received a five-star rating across the board.

Owners have been very pleased with 2010’s updates revolving around the interior, although they are less enthused about the strange trim-level designations. The positives of the interior are heavily spoiled, however, by excessive road, tire and engine noise intrusion that never seems to disappear as well as the lack of visibility due to overly thick pillars, especially to the rear. Both engines' lack of guts is also disappointing and only compounded by unrefined transmissions.

Have you driven a 2011 Dodge Caliber?
Rank This Car

It stop working, it has new battery and I only hear crack, snap and pop noises. What should I do?

I have a 2011 dodge caliber that anytime it rains the passenger side floor gets wet. Doesn't matter if it gets driven or sits in the driveway over night it still gets wet. Any ideas

Car Shutting Off And Restarting On Its Own

I have a 2011 Dodge Caliber I was driving it home from work and it shut off on it own and then restarted on its own then I was sitting at the gas station and I left the car running while I pumped ...

2011 Dodge Caliber - Factory Alarm System Will Not Shut Off