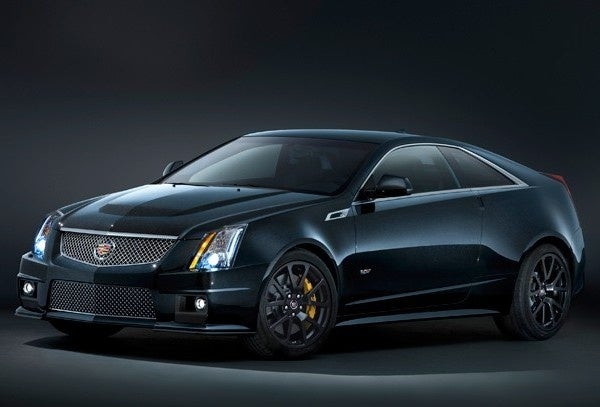 The 2011 Cadillac CTS-V sedan offers supercar levels of performance wrapped in gorgeous sheetmetal and delivered at a (relatively) affordable price.

Though very fast, the 2011 CTS-V sedan isn't quite as refined as its German competition. 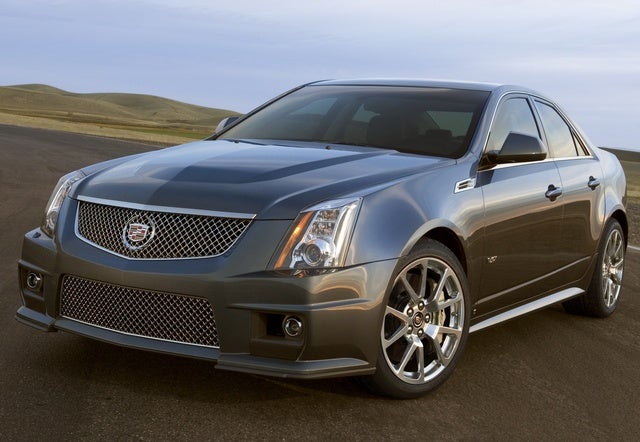 Cadillac's 2011 CTS-V is the most exciting American sedan in decades. As proof positive of the brand's resurgence, the CTS-V is a super-sedan good enough to compete with titans of the German Autobahn, the BMW M5 and Mercedes-Benz E63 AMG. Though it might not carry the prestige of a European nameplate, the CTS-V's monstrous supercharged engine and crisp styling harken back to a day when Cadillac (and America) ruled the automotive world.

Your soul wants a sports car, maybe one of those hot new Corvette ZR1s with the supercharged motor. Unfortunately, with only one garage space and a growing family, your brain insists upon a more rational luxury sedan. In the past combining those choices would entail a wallet-emptying trip to the BMW dealer to pick up a highly strung M5 sedan. Now you need look no further than the unmistakably American Cadillac CTS-V.

Unchanged for 2011, the Cadillac CTS-V continues to offer a wicked combination of high style and extreme performance. Also available as the less-performance-focused CTS coupe (discussed separately) and debuting soon as a wagon (we can't wait for that!), the hot-rod Caddy rides on a midsize, rear-wheel-drive Sigma II chassis. With crisp, aggressive styling the CTS-V draws its fair share of stares, including some from BMW and Mercedes owners.

In addition to the massive thrust generated by its supercharged V8 engine, the CTS-V's attributes include excellent handling, incredible brakes and a sumptuous interior. Whereas the previous CTS-V was fast but crude, this second-generation model feels superbly integrated and well-made. At a shade over sixty grand, the CTS-V isn't exactly cheap, but compared to equivalent German offerings (which start around $85,000), it represents a ton of car for the money. 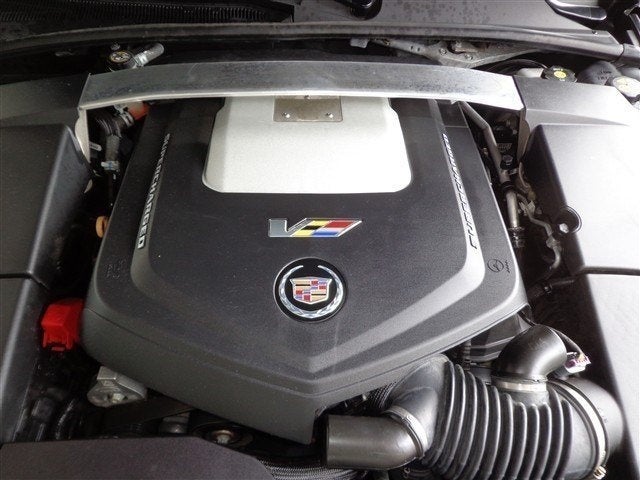 As before the 2011 CTS-V features Corvette power, now in the form of a 6.2-liter supercharged V8 borrowed from the top-dog ZR1 trim. Despite featuring an old-tech OHV layout and only sixteen valves, this fire-breathing powerplant makes 556 hp and 551 lb-ft of torque. The incredible low-end torque offered by its Roots-type supercharger makes the V8 tractable around town and a monster off the line. 0-60 times of under 4 seconds have been measured, and the CTS-V tops out at an ungoverned 191 mph, besting even its pumped-up German competition. Expensive Brembo brakes use 15-inch rotors and six-piston calipers to bring the heavy Cadillac to a stop with supreme confidence.

The 2011 CTS-V's rip-snorting V8 is mated to either a six-speed manual transmission or a conventional automatic. The manual gearbox features a positive action (further refined this year) and a firm yet easily modulated twin-plate clutch. Though some would wish for a slightly more precise shifter, the stick is a welcome addition in a field now dominated by electro-hydraulic F1-style transmissions. The automatic 'box, dubbed the 6L90, also offers six ratios and is beefed up with high-strength components. While it removes the joy and involvement of shifting for oneself, the automatic actually improves the CTS-V's acceleration times by permitting easier full-throttle launches.

Sitting atop stylish 19-inch wheels, the 2011 CTS-V features a confident, capable chassis setup. The four-wheel independent suspension uses control arms in front and a multi-link setup in back to deliver 0.92g of cornering grip. In addition to expert tuning on the racetrack, the CTS-V benefits from the incorporation of GM's proprietary MagnaRide technology. By using a specially charged magnetic fluid in its shocks, the CTS-V can instantly vary their damping rate, providing tight control of body motion in the corners and a relatively compliant ride on the freeway.

With so much torque on tap, it's a good thing Cadillac included a sophisticated stability control program in the CTS-V. Disable the electronic nanny and lurid power-slides and clouds of tire smoke are a poke of the throttle away. While it trails the class-leading M5 in precision (mainly due to its less-organic steering) the 2011 CTS-V is still among the best-handling sedans extant and will run circles around AMG Mercedes-Benzes. 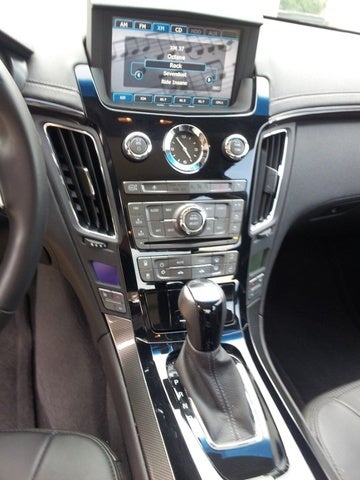 While it's most at home on a twisty road, the CTS-V is plenty capable of shuttling the boss to lunch or taking the kids to school in the morning. The up-market interior seats five and features plenty of legroom in back for passengers. Trunk space is generous, owing to the high rear deck, and the seats fold down to accommodate outsize parcels. Style-wise a combination of fine leather and sporty Alcantara suede covers the available Recaro seats, and the dashboard offers optional Dark Sapele wood trim accents that lend a classy air.
The CTS-V's cabin is fairly hushed, though a bit of supercharger whine (welcome) and tire noise (unwelcome) play upon the occupant's ears. Given its status as Cadillac's flagship, the 2011 CTS-V is chock-full of standard equipment, including power heated and ventilated seats, a powerful Bose stereo system and keyless start. Also standard are an excellent touch-screen GPS navigation system, xenon lights and a nifty lateral acceleration gauge package. Notable options include full-leather seats (for those who don't favor Alcantara) and a panoramic power sunroof with acres of tempered glass.

Safety features for the 2011 CTS-V are extensive and aim to protect the ham-fisted from the car's stupendous power. The standard StabiliTrack program features several modes designed to keep the car under control during aggressive cornering. Antilock brakes, daytime running lights and a full suite of airbags (front, side and head) ensure that the CTS-V's occupants will be well protected. In Insurance Institute crash testing, the CTS-V has received the highest rating of Good in both front and side impacts.

Owners of the second-generation Cadillac CTS-V are simply in awe of the car's tremendous power. Many owners feel that the 6.2-liter V8 makes the CTS-V the fastest car they have ever piloted. Handling is another very strong point, with glowing reports about the CTS-V's grip and poise. CTS-V drivers also praise the car's excellent build quality and luxurious interior. The lone complaint concerns the CTS-V's admittedly poor fuel economy, though presumably most buyers consider this factor before making a purchase decision.

Guru3F951 For me it's the best of both worlds power an luxury be not to mention it looks awesome!

Users ranked 2011 Cadillac CTS-V against other cars which they drove/owned. Each ranking was based on 9 categories. Here is the summary of top rankings.

Have you driven a 2011 Cadillac CTS-V?
Rank This Car

How do I get on guru to list my car

I was set up with a fictitious car seller and was frauded out of $42,900. I have no car, and no money! This is NOT a safe site!!!!! Double check EVERYTHING!