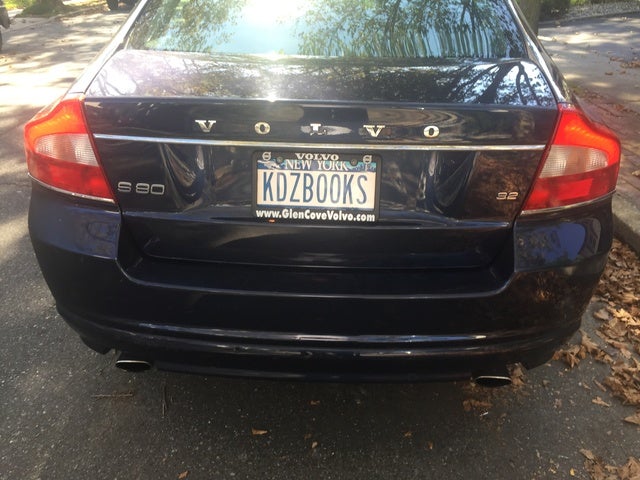 For many, the name Volvo is synonymous with “staid” and “predictable,” and the 2010 Volvo S80 luxury midsize sedan is indeed that, at least on the outside. Available in three trims, the base front-wheel-drive (FWD) 3.2, midlevel all-wheel-drive (AWD) T6, and top-shelf V8, also AWD, the S80 won’t bring home any prizes for either its exterior panache or its inspired titling. Its cabin, however, is noted as one of the most elegant and well-designed in its segment, with comfortable seats and better-than-adequate creature comforts, as well as appealing minimalist functionality and ambiance. Trunk space is about average for the segment with 15 cubic feet, and of course, this five-passenger family-oriented sedan also relies on Volvo’s deserved reputation for manufacturing some of the safest vehicles on the road. Competition for the S80 includes the Acura RL and brand-new Hyundai Genesis, with the pricier Audi A6, BMW 5 Series, and Lexus GS 340 providing somewhat higher-end measuring sticks.

Each trim level of the 2010 S80 packs a different engine, with the turbocharged inline six-cylinder (I6) equipping the T6 trim considered the best of the lot. For the 3.2 trim level a 3.2-liter I6 and six-speed auto-manual transmission provide 235 hp and 236 lb-ft of torque while getting an EPA-estimated 18/27 mpg. The T6’s well-regarded turbocharged 3.0-liter I6, again with a standard six-speed auto-manual, puts out 281 hp and 295 lb-ft, and its full-time AWD is controlled by a center-mounted, limited-slip mechanical differential. The 3.0-liter I6 is estimated to get 16/24. A 4.4-liter V8 engine powers the AWD-configured V8 trim which, when combined with the six-speed auto-manual transmission, puts out 311 hp and 325 lb-ft of torque to the tune of 15/22. All three engines are offered with variable-valve timing in a nod to improved fuel efficiency.

Standard appearance, comfort, and convenience items for the 2010 Volvo S80 3.2 include 17-inch alloy wheels, leather upholstery, eight-way power-adjustable front bucket seats with a fold-flat passenger seat, power accessories, including heated mirrors, memory for driver's seat settings, mirrors, and steering wheel, a telescoping tilt-wheel steering column with wheel-mounted audio and cruise controls, dual-zone automatic climate control, a 6-CD changer with eight speakers and 160 watts of power, Bluetooth capability, and an iPod/USB interface connection. The T6 adds 18-inch alloy wheels and a power sunroof to the mix, while the V8 throws in heated front and rear seats as well as keyless entry/ignition, not to mention such features as DVD navigation, upgraded leather, wood trim, satellite radio, and a 12-speaker Dynaudio surround-sound system, all of which are optional package deals with both the 3.2 and T6 trims. An additional option offered only with the S80 V8 is a rear-seat DVD entertainment system. A sport-tuned suspension package is available with the T6, while this suspension system as well as speed-sensitive power steering are optional as stand-alone items with the V8.

Volvo's much-ballyhooed reputation for safety is embodied in the 2010 S80, with such equipment as four-wheel ABS, traction and stability control, dual front side-mounted air bags, front and rear head airbags, daytime running lights, front fog/driving lights, emergency braking preparation, turn-signal-integrated mirrors, and a remote anti-theft alarm standard across the lineup. Optional for the 3.2 and T6 trims and standard with the V8 are Xenon headlights with active bending, while a blind-spot alert system, lane-change warning system, and adaptive cruise control are also available for all trims.

While owners of the 2009 Volvo S80 are quick to praise its traditional safety features and overall value, virtually all lament its tepid-to-poor gas mileage with all three engines. Though the introduction of variable valve timing has marginally helped mileage in the 3.2-liter I6 and turbo I6 powerplants, the V8's fuel efficiency remains unchanged. Uninspired exterior styling, some handling and transmission glitches, and the lack of a manual transmission offering are among other owner issues with the S80. On the positive side, nearly all owners are profuse in their praise of the S80’s cabin design, comfort, and functionality, not to mention its plethora of standard convenience goodies. Notable build quality and decent acceleration, at least from the V8 and turbocharged I6 engines, also impress owners of the S80 sedan.

Beyond the ad I placed, how is Car Gurus involved in a private sale?

I have a 2010 Volvo S 80, 168,000 mi, runs great. Over the weekend started with a whistling sound coming from dash area only when the car is in motion, turn heater fan on or off makes no difference. H...

whistling sound under the hood

What Is The Life Line For Bulbs In Headlights In Volvo Cars? My Bulbs Go O...

It seems like I am always replacing bulbs. Could I be purchasing old bulbs or could Volvo have a serious issue with the life span of bulbs and replaced bulbs?

39 views with no answers yet