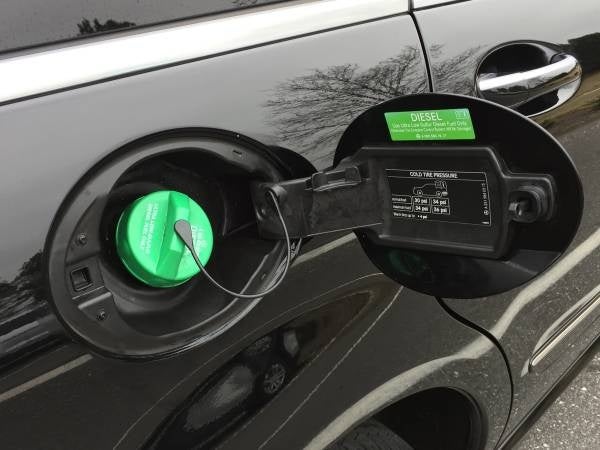 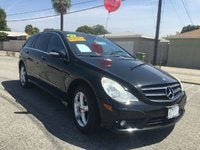 Available in all 50 states, the R350 BlueTec delivers both high performance and good fuel efficiency, thanks to its turbocharged 3.0-liter V6 clean-diesel BlueTec engine, which runs on ultra-low-sulfur diesel or B5 biodiesel fuel. The engine generates 210 hp and 400 lb-ft of torque, and mates to a seven-speed automatic transmission with driver-adaptive programming and the Touch Shift manual-shift feature. Equipped with its diesel powerplant, the rear-wheel-drive R350 BlueTec accelerates from 0-60 mph in 8.6 seconds. The EPA estimates fuel economy numbers for the diesel engine at 18/24 mpg.

A 3.5-liter V6 gas engine, generating 268 hp and 258 lb-ft, powers the R350 4MATIC. The engine links to the same seven-speed automatic transmission and posts fuel economy numbers of 15/29 mpg. In addition, the R350 4MATIC comes equipped with Mercedes's 4MATIC full-time four-wheel-drive system, which works in conjunction with the vehicle's four-wheel electronic traction system to monitor each wheel and shift power to the wheel or wheels with the best traction when it detects slippage.

The R-Class seats six passengers in three rows, although owners can add an optional second-row middle seat to accommodate seven passengers. With the second- and third-row seats folded down, the R-Class's cargo space expands to 85 cubic feet with an 8-foot-long loading floor.

The cabin of the R-Class has an upscale feel, thanks to such standard features as Burl Walnut wood trim, eight-way power-adjustable front seats with four-way lumbar support for the driver, a fully retractable power sunroof with tilt-open capability, and an eight-speaker AM/FM audio system with a CD player, speed-sensitive volume, and an MP3 input jack. MB-Tex leatherette upholstery, aluminum interior trim, cruise control, Bluetooth, a trip computer, and automatic climate control with rear vents also come standard. Owners can add such options as heated front seats, a power liftgate, a rearview camera, and a navigation system with a 40-gigabyte hard drive and Zagat restaurant reviews.

What's your take on the 2010 Mercedes-Benz R-Class?

mrceo100 VERY EXCELLENT CAR FOR LUXURY AND COMFORT. A MUST DRIVE.

Have you driven a 2010 Mercedes-Benz R-Class?
Rank This Car

i see many mercedes r350 cars . they have reasonable prices until you get to the mileage. I know mercedes is a good car if maintained. but, do you think the ones over 100,000 miles are still ok to ...

Procedure To Sell Car On This Website? Can You Specify