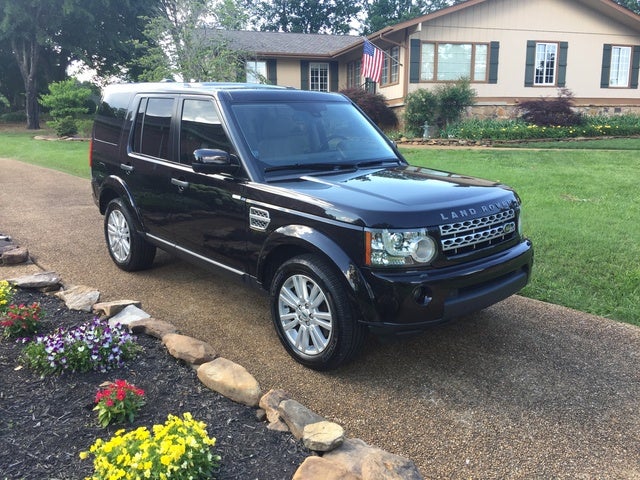 Land Rover goes British for its new LR4, dropping its BMW-sourced 4.4-liter V8 for the 5.0-liter Jaguar AJ-V8 engine that has been put into service across the manufacturer’s lineup. The engine gets a few upgrades for off-road duty, namely waterproofing the alternator, starter motor, air-conditioning compressor, power steering pump, and belt drives, as well as a new intake manifold and a deep oil sump that will fight oil starvation up to a pitch of 45 degrees and a roll of 35. Even more exciting, this new engine provides a horsepower increase of 25 percent, with matching torque numbers - both coming in at 375. With independent variable camshaft timing, reduced fuel consumption, and CO2 emissions, it’s a big improvement. It’s mated to a revised ZF HP-28 six-speed automatic and is said to produce better fuel economy than the outgoing powerplant. Maximum towing capacity stays the same at 7,700 pounds.

The suspension also received considerable attention, with a wider track front and back, new knuckles, bushings, shocks, and a stiffer anti-roll bar as well as a new variable-ratio power steering setup that will leave the steering hyper-sensitive during low-speed work and increasingly stable at higher speeds. The Terrain Response system enjoys a new Sand Launch Program as well as Gradient Release Control, which regulates acceleration when the Range Rover Sport-sourced brakes are released. Those brakes by the way are four-piston calipers with 14.2-inch rotors up front and 13.8-inch rotors in the rear.

Slight changes to the outside are mostly concentrated in the front, with LED headlamps in the redesigned fascia, including a new split grille that improves airflow to the new engine, and aerodynamic changes such as a new chin spoiler and wheel deflectors to further improve efficiency.

Big changes inside, including a totally new interior, have impressed a lot of people. Press releases boast that the button count for the interior has been sheared down from 50 to 29 in an effort to maximize simplicity. Similarly, the interior has been redesigned to be more in tune with the upscale class of the rest of the lineup, in a five- or seven-seat configuration. A new dash and center console is angled more toward the driver, who along with the rest of the first two rows sits in a new seat, illuminated by LED ambient lighting. In fact, the only carryover piece of the entire dash unit is the vents. Also, the touch-screen navigation system is now backed by a hard drive, allowing more information and a faster interface.

Despite options like automatic high-beams and a 360 degree five-camera surround viewing system, the unreleased pricing for the LR4 is not expected to jump significantly from the outgoing LR3's.

Steven I'm just looking for the best deal on a good car with low miles and I would like to have a one- person own vehicle.

Why Are The Cars Overpriced?

633 views with 3 answers (last answer about a year ago)

Someone made an offer, which I accepted, but now they seem to have gone dark. What should I do?

are the 3rd row seats on the lr4 real seats or jump seats?