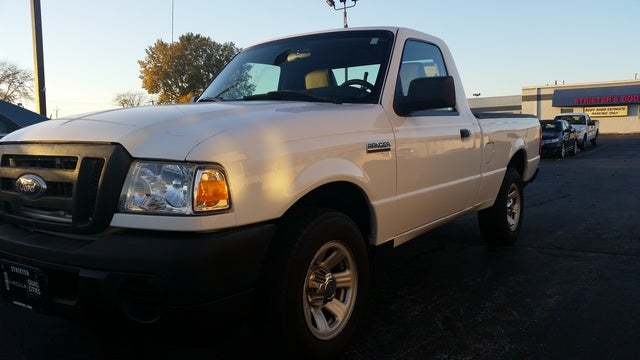 The 2010 Ford Ranger differs little from the 2009 Ford Ranger, or the 1999 Ford Ranger for that matter, and for fans of these affordable and reliable little-trucks-that-could, that’s a nice thing.

The fact it hasn’t changed much, while others of its kind have, may be catching up with the 2010 Ford Ranger, and its days appear to be numbered as consumers look for a somewhat more luxurious ride for their money. 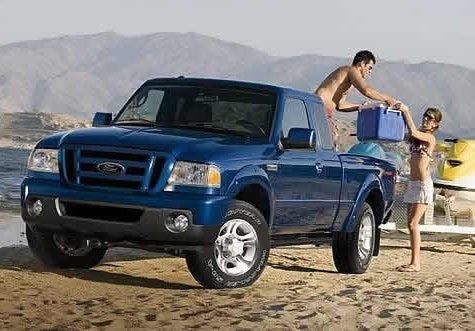 Nearing the end of a fading line, the 2010 Ford Ranger can hold its head high. The Ranger may look like it came from an earlier time, but it doesn’t pretend to be anything but a truck, and it is still reliable and ably gets its job done, especially on small hauling jobs around town, and will for years and years to come. As Ranger owners would gladly point out, there’s no shame in that.

The 2010 Ford Ranger marks just about the end of the line. Word is that Ford will before long end production of the Ranger, a small pickup that has been around, pretty much unchanged, for nearly three decades. It’s been a good and productive life: In early 2010 Ford announced that it had hit the 7-million mark in Rangers produced.

The truck is nothing fancy, really, but the Ranger for years has been an affordable alternative to the big-boy trucks. A basic and reliable pickup, great for regular runs to the dump and getting off-road here and there and not bad on the pocketbook when it comes to purchase price, gas money, or upkeep.

It’s comfortable, loyalists say - comfortable in a broken-in-sofa sort of way perhaps, more so than in the manner of a plush, high-end living room set.

The 2010 Ford Ranger added some safety features, but lost a little of its four-wheeling allure when Ford opted to do away with its off-road package. The Ranger also took a hit when Ford cut back on its payload capacity. Only fleet vehicles can get a 7-foot bed; all others are relegated to 6 feet.

The 2010 Ranger again comes in three trim levels: XL, XLT, and Sport. The XL comes with a Regular Cab or SuperCab, both with two doors. On-demand four-wheel drive is available in the SuperCab trims of the XLT and Sport trims, and so are four doors. 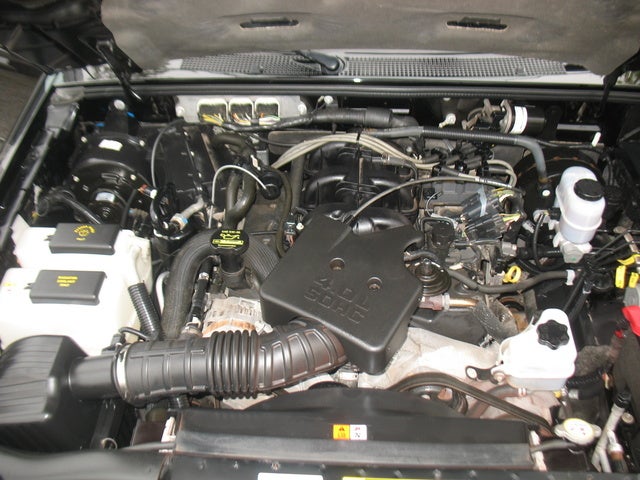 XL and XLT rear-wheel-drive Ranger trims are powered by a 2.3-liter, inline four-cylinder (I4) engine that produces 143 hp and 154 lb-ft of torque. Its estimated mileage is 22 mpg in the city and 27 highway. With that setup, the 2010 Ford Ranger is rated to trailer 1,580 pounds.

Some reviewers are less than impressed with the 2010 Ford Ranger’s ride, especially when compared with its competitors in the compact pickup field. They find the truck a little noisy and rough and the 2.3-liter versions underpowered. It’s not, they say, the best vehicle for traveling any distance.

Others find it more comfortable and note the 4.0-liter engine is powerful enough, as well as responsive. The truck’s size also helps it get in and out of tight places with little problem.

The front seats rate okay with some, but larger folks might feel a bit cramped. The SuperCabs say they seat five - compared to the three of the Regular cab - but the seats face each other, and it makes for a tight ride in the back if the people there are full-size.

Again, the 2010 Ford Ranger offers nothing fancy in this department, and reviewers tend to find the interior not spacious enough, as well as outdated. The good news is that the right-to-the-point interior is not loaded with a lot of high-tech stuff and is thus simple and straightforward. An audio input jack for an MP3 is optional in the XL and comes standard in the XLT and Sport trims.

The 2010 Ranger does receive good marks in some quarters for the quality of the materials in its cabin. Still, the experts say, the seats are thin and neither particularly comfortable nor appealing for longer trips.

A couple of safety features - a standard stability control system and side airbags - were added for the 2010 Ford Ranger. The truck comes standard with four-wheel antilock brakes. Front fog/driving lights are standard on XLTs and Sports, with daytime running lights available as an option. The Ranger collected four of five stars for driver and passenger safety in frontal impact collisions during government testing. 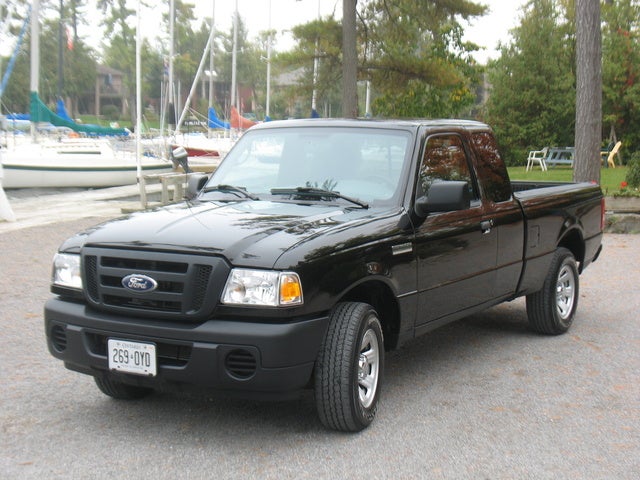 Ford Ranger owners have known what they’re getting, year to year and decade to decade, with their trucks, and they appreciate that reliability, as well as the reliability of the model overall. The Ranger, some say, is like an old friend. Yes, the trucks may be an older style, but it’s a tried and true style they consider a classic, and there’s no debating the bottom line: The Ranger is a truck, albeit a compact one, and it doesn’t try to be anything else.

That’s not to say Ranger drivers love everything about the 2010 Ford Ranger. Among comments common to Ranger owners is that the interior is a bit tight and doesn’t provide an overly comfortable ride, and that a spray-in bedliner should be standard.

Have you driven a 2010 Ford Ranger?
Rank This Car

Can I Get Sale By Owner?

Ranger 2.2 Makes Noise But When Clutch Is Depressed It Is Quote

Ranger 2.2 makes noise but when clutch is depressed it doesn't make a noise, what could be the problem?

Add My Truck For Sale On Your Site

Issue With The Lean Doc On The Ford Ranger 2010, What Can You Do?

cannot get the title without original lean doc in NC