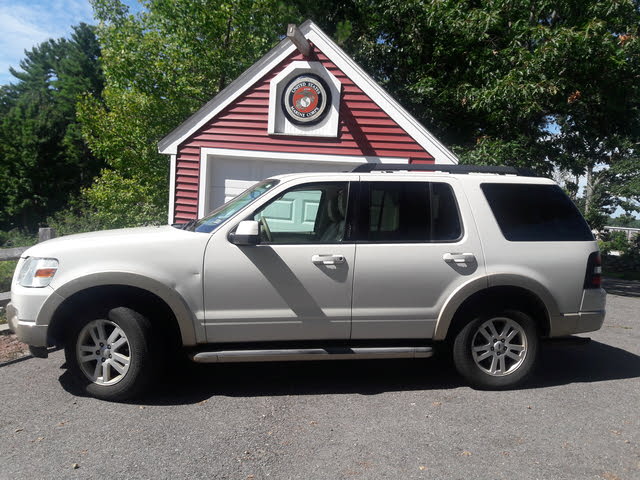 The 2010 Ford Expedition offers the best of both worlds: It handles a truck’s workload and trailer-towing nicely and is also just right for getting the bride and her wedding party to the big event on time.

Big boys like the 2010 Expedition certainly aren’t for everyone, in part because it takes a large amount of fuel to motivate this combination of power and size.

Big SUVs have taken their hits in recent years and may or may not be on their way out. If the end is indeed near, the 2010 Ford Expedition leaves the impression that it may well be one of the last of its kind standing.

The 2010 Ford Expedition is for buyers who still want an affordable, full-size SUV with plenty of room for plenty of folks on the inside and powerful enough to get the whole darn family - and its boat - where it wants to go. Larger SUVs as a whole, clearly, are giving up ground to crossovers that can carry a bunch of people and cargo and don’t guzzle gas quite as eagerly as their big brothers.

The Expedition gives no ground. It will carry up to eight passengers in its three rows of seats, and even those who end up in the back seats have lots of room and will get a comfortable ride.

All versions of the 2010 Ford Expedition - the XLT, Eddie Bauer, Limited, and top-of-the-line King Ranch - are available in an extended trim (EL) that adds more than a foot to the length of the vehicle, adding cargo space and bringing it well over the 18-foot mark in total.

A trailer sway-control feature and a MyKey system that allows driver information to be programmed into the ignition key are new for 2010 and standard on all trims. MyKey is billed as a way to help make driving safer for young drivers particularly. It’s designed to mute the stereo system until everyone is buckled up and can be programmed to limit the car’s speed, to keep the maximum volume of the audio system at 45 percent of capacity, and to note when the car hits selected speeds. 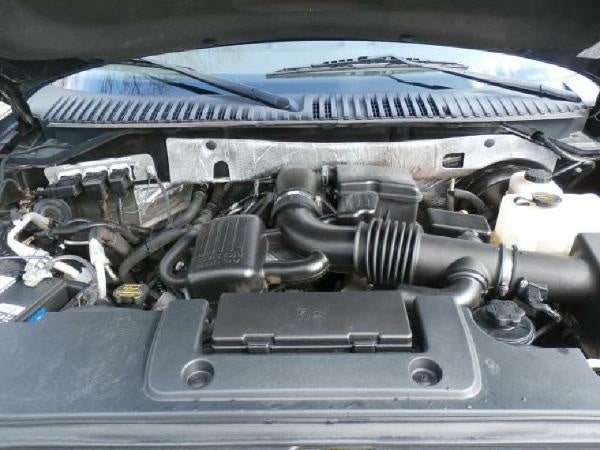 All trims of the 2010 Ford Expedition are powered by a 5.4-liter Flex Fuel V8 that puts out 310 hp and 365 lb-ft of torque, and all have a six-speed automatic transmission with overdrive. Estimated gas mileage is 14 mpg in the city/20 highway. The flex-fuel engine can run on E85, standard gasoline, or any mix of the two. Rear-wheel drive is standard, and four-wheel is available for all trims.

The Expedition is rated for a 6,000-pound towing capacity, and that number gets pushed as high as 8,900 in the EL rear-wheel-drive trims and 9,200 in the non-ELs with a heavy-duty trailering package that's standard in the higher trims and available in others.

The 2010 Ford Expedition generally draws good marks from reviewers for its handling and ride. Yes, it is a large, heavy truck, and some find it handles as such at times. But it offers a roomy and comfortable big-car ride that many feel gets around quite nicely for its size, and it’s relatively free of road and tire noise, too. Experts tend to like its acceleration and power as well.

The 2010 Ford Expedition grades out well with reviewers when it comes to its interior, and they tend to rave about the ample space it provides - not only for the quantity of space but also its quality - for passengers as well as cargo. The third-row, adult-size seats, featuring plenty of leg- and headroom, may be the best example. In addition, the second- and third-row seats are easily folded flat to the floor: No frustrating muscling of the seats required, as can be the case with some setups.

Some reviewers find fault with the material quality in the lower-end trims and note that the instrument panels can at times be difficult to read and use. The XLTs come with cloth seats standard and have leather-trimmed seats available. The Eddie Bauer trims and above have leather-trimmed seats standard. A dual-zone automatic temperature control system also is standard in the Eddie Bauer trims.

Climate-controlled heated and cooled front seats are available starting with the Eddie Bauer trims and become standard, along with heated second-row seats, in the 2010 Ford Expedition Limited.

The Expedition’s in-car connectivity system provides for easy 911 assistance as well as getting traffic and reports and directions. The new MyKey system promotes safe driving by younger drivers via programmable controls for stereo volume, seatbelt use, and speed. 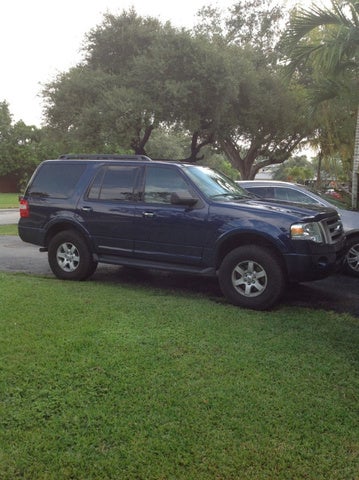 No doubt about it: The 2010 Ford Expedition is a full-size vehicle for full-size missions and chores. Owners love how it gets them and a carload of friends and family and a trailer-load of boat or snowmobiles around, with power and in comfort. Yes, many say, it would be nice if it didn’t go through quite so much gas, but they’re willing to pay the price for the advantages the Expedition offers, and they figure they’re getting good value for their money.

The ride is smooth and quiet even when the going gets a bit bumpy, owners note. They like the looks of the outside and tend to gush about the inside, especially when it comes to space and extras such as heated and cooled seats, the navigation system, a SYNC in-car connectivity system that sets up MP3 and Bluetooth connections, and the rear seats that fold neatly away.

While they love the room in the inside, it should be noted that the Expedition needs some room when it comes to parking. For that matter, anyone looking at an EL might want to make sure it will fit in the garage before bringing one home.

What's your take on the 2010 Ford Expedition?

Have you driven a 2010 Ford Expedition?
Rank This Car

How Do I Keep The Radio On When The Car Is Off Without Having To Turn The K...

Going to drive in and need the radio to stay on the whole time without having to turn the key every 5-10 minutes whick turns the headlights on also.

How To Install Interior Door Handle On 2010 Ford Expedition Xlt

What is the biggest off road tires or wheel size that’ll fit my 2010 Ford Expedition without a lift kit? I understand that I’ll probably have to get a lift kit... I’m just curious

Hello, I have a 2010 Ford Expedition EL with a rear blower motor issue. Intermittently the blower will not kick on for heat or AC. When it does work it stays on for a while then cuts off. When i...

Why Does The Radio Drain The Battery?

My radio doesn't turn off when I turn the key off and its drains the battery. I have replaced the radio with a refurb and it's still drain the battery