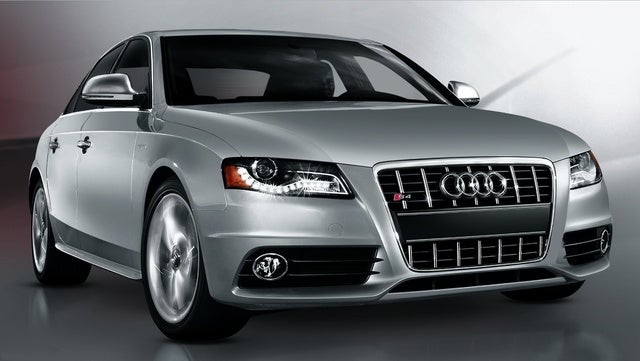 Some owners complain about the S4's high-priced options, such as the navigation system, while others would like to see better differentiation between the S4 sport sedan and the more mainstream Audi A4 sedan, upon which it is based.

Audi steps up to the plate with the S4, specifically targeting such competitors as the BMW 335i and Mercedes-Benz C350, and thanks to its stretched wheelbase, refined interior, and new turbocharged V6, the S4 certainly makes a compelling argument as the best in its class. Owners and reviewers alike are singing the S4's praises, although some would like to see the S4 display just a little more uniqueness, enabling it to stand out better in a crowd.

The Audi S4 sport sedan receives a top-to-bottom makeover for 2010 and switches out its hunky v8 engine for an equally powerful yet more fuel-efficient supercharged V6. In addition, the S4 receives a new optional transmission and a new optional Sports Rear Differential for 2010, as well as a number of new interior features borrowed from the Audi A4, which received a full redesign in '09.

Although previously available as a cabriolet, the S4 comes only as a sedan for 2010. Audi stretched the S4's wheelbase from 104.5 inches to 110.6 inches, which enabled the automaker to expand the cabin, providing more legroom in the front and rear seats.

The S4 comes in Premium Plus and Prestige trims for 2010. Although some features differ between the two trims, they both display a sleek, powerful exterior appearance, with new unique aprons, new front and rear S-type bumpers, a subtle rear spoiler, new LED taillights, and chrome quad tailpipes. Other exterior design cues include the distinctive Audi deep-mouthed grille with vertical chrome bars and eyebrow-shaped xenon high-intensity headlights with LED daytime running lights. 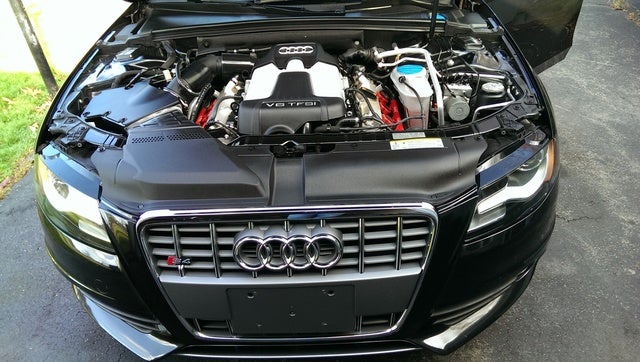 Audi designed the S4 to compete with the BMW 335i and Mercedes-Benz C350, and believes the new powerplant tightens the race. The S4's new 3.0-liter, direct-injection TFSI supercharged V6 provides faster acceleration than the V8 it replaces, thanks to its 325 lb-ft of torque, compared to the V8's 302 lb-ft. Horsepower for the V6 checks in at 333, a slight drop from the V8's 340 hp. However, fuel economy for the V6 improves dramatically, to 18/27 mpg when mated to a six-speed manual transmission, compared to the V8's 14/21 mpg.

The new engine provides smooth, aggressive acceleration and pushes the S4 from 0-60 in 4.9 seconds, which compares to 5.3 seconds for the previous year's V8. While some owners say they miss the old V8's rawer, throatier exhaust note and more visceral performance, most say they like the S4's improved fuel economy, which the V6 delivers with no noticeable lack of performance.

The S4 comes standard with a six-speed manual transmission, but owners can opt for a new seven-speed S tronic automatic transmission. It provides rapid, precise shifts, which help improve acceleration. In addition, drivers can shift manually using either the shift lever or steering-wheel-mounted paddle shifters.

The new powerplant works in conjunction with Audi's all-wheel-drive quattro system, which comes standard on the S4. Under normal driving conditions, the quattro system defaults to a rear bias, with a 40/60 front/rear torque split. However, when required, the system automatically transfers power away from spinning wheels to those with sufficient grip as needed to ensure maximum traction and stability on all types of road surfaces.

According to early owners and reviewers, the 2010 S4, with its lengthened wheelbase, delivers better handling and overall balance than the previous year's version. The '10 S4 rides on a five-link wishbone front suspension with an anti-roll bar, while the rear gets an independent trapezoidal link configuration, also with an anti-roll bar. Audi tweaked the S4's Servotronic steering system for a tighter, more responsive feel. As a result, the S4 handles with precision, especially in tight corners and on twisty roads. 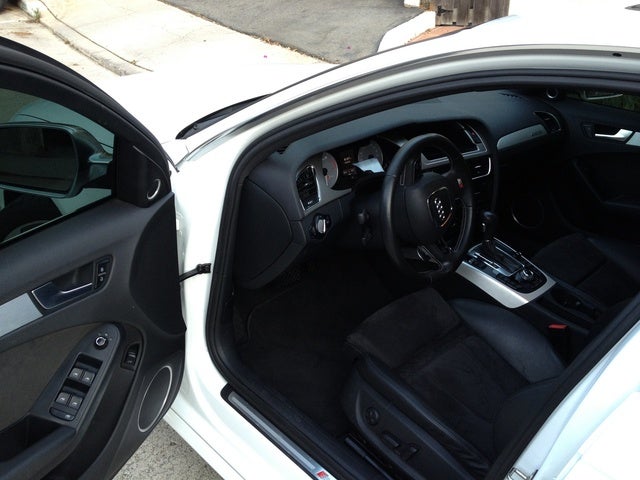 In addition, Audi offers the S4 with a new third-generation version of its MMI (Multimedia Interface) Navigation plus system, which comes standard in the S4 Prestige and as an option in the Premium Plus trim. The MMI system makes it easier for drivers to manage the sedan's audio, climate control, and navigation systems, as well as other interior and exterior functions, thanks to a revamped interface with revised control logic. The Prestige trim's MMI Navigation plus system also includes voice control. The S4 Premium Plus trim comes equipped with the second-generation version of the MMI system with a 6.5-inch color screen.

Other standard tech-related features for the S4 include Bluetooth and electronic cruise control. Owners can add Silk Nappa leather seats as an option.

The 2009 Audi A4 received a five-star safety rating (the highest possible) from the National Highway Traffic Safety Administration for protecting passengers in frontal, side, and rollover crashes. Reinforced high-strength steel, reinforced bumpers, and a rigid occupant cell help keep passengers safe in the event of a collision. 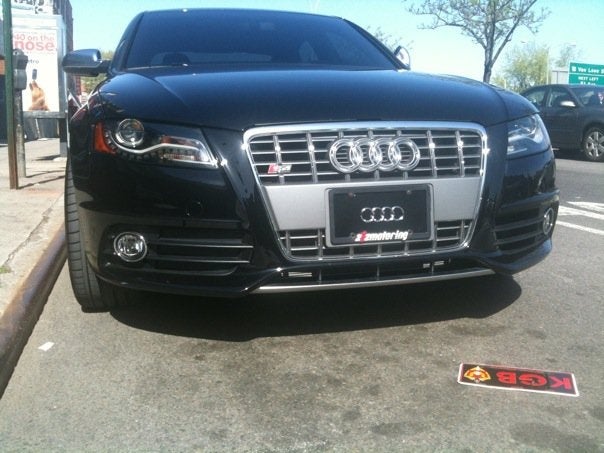 The S4's new supercharged V6 delivers plenty of power, with lots of torque and noteworthy acceleration, according to owners. In addition, its better fuel economy appeals to just about everyone. A number of owners have noted the long stick shifter, which sits a bit too high and travels a bit too far during shifts. Most owners also like the S4's firm suspension, although the steering system receives mixed reviews, since some find it not as responsive as expected. Overall, however, the S4's handling, road grip, and stability get stellar marks.

Owners also give high marks to the cabin's comfort and finish. Many owners note their extensive research prior to purchasing the S4 and chose the sport sedan over competitive vehicles from Acura, Infiniti, and BMW, among others. Some owners would like to see better differentiation between the A4, upon which the S4 is based, while others complain about expensive options, including the navigation system, but overall the S4 receives good marks across the board from owners.

What should I ask seller about maintenance? I heard 2010 model water pump and timing belt is the main issue.